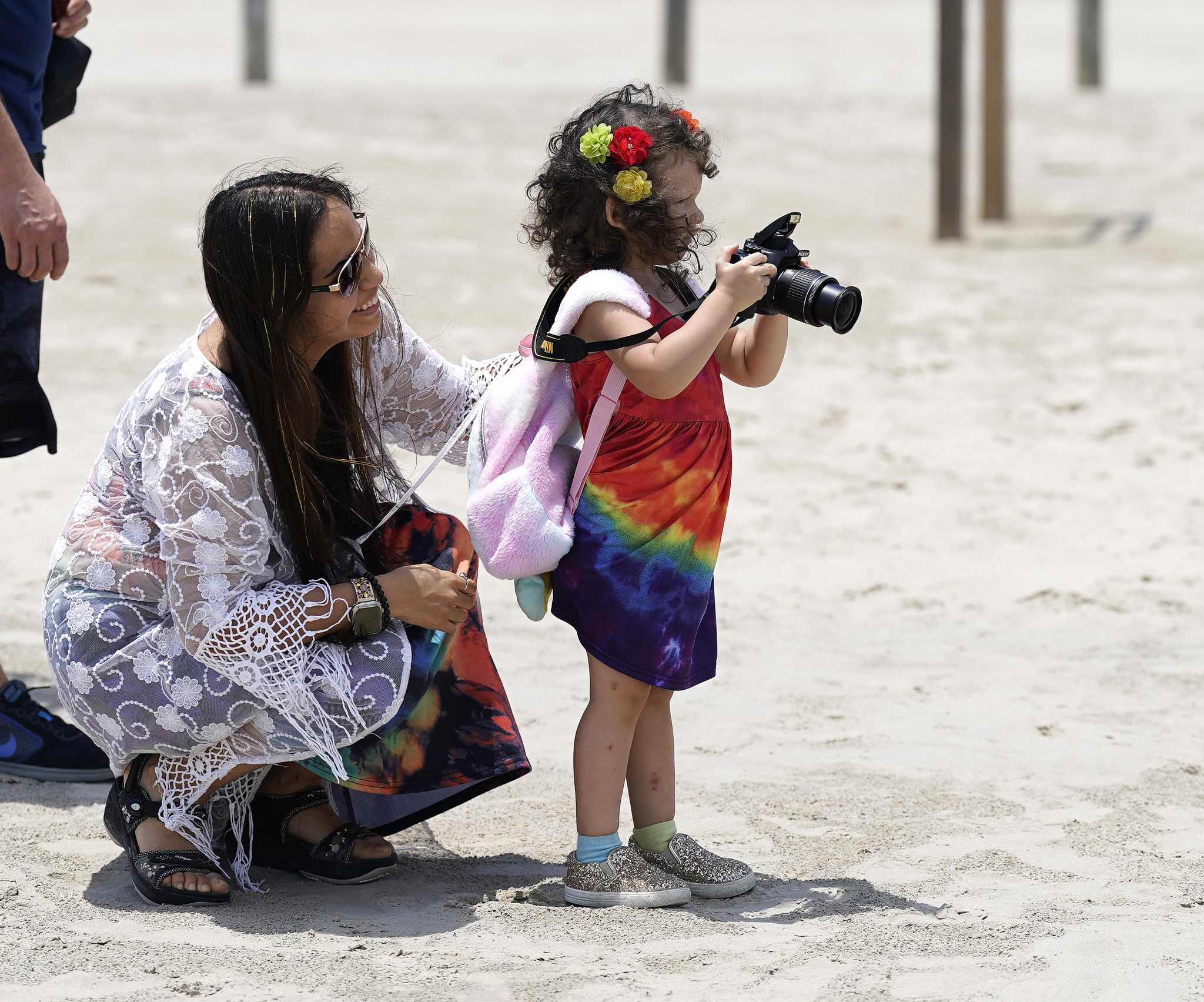 The event – ​​hosted by Artist Boat and Odyssey Academy, Texas City – aimed to inspire conservation efforts on the beach with their “Beautify the Bucket” art contest.

“The Galveston Parks Board provides the barrels, we have them painted (by students) and they are placed along the beaches of Galveston,” said Karla Klay, executive director of Artist Boat.

After the students paint the barrels, Artist Boat volunteers collect them around the end of May in preparation for the event, Klay added.

Galveston averages about 7 million visitors a year, according to city statistics. Most of them, Klay said, are beach visitors.

Earlier this year in April, about 11,976 pounds of trash was removed from a 12-mile stretch on Galveston Island, according to the Texas General Land Office. The removal was part of a larger action that removed more than 50,000 pounds of trash from Texas shores.

“People will just leave their tents and floats behind – when they’re done with the beach, they’ll frequently leave whatever they brought to enjoy the beach.”

Although World Oceans Day – recognized annually by the United Nations – is officially celebrated on June 8, Klay said, Artist Boat is holding its event over the weekend to provide an opportunity for increased participation.

About two dozen volunteers provided visitors with information about ocean activities and conservation efforts, Klay added. Others were there to help with ocean-themed art workshops.

One of the artists, San Antonio-based Jesus Toro Martinez – who often reuses recycled materials for his projects – showcased paintings he made using recycled aluminum, plastic and tar salvaged from the the ocean on one of the stands before leading his art workshop under one of the tents.

One of his goals in attending the event was to inspire young people to understand the environmental impact humans have in places like the ocean and how those impacts affect us all.

“It’s basically about making everyone here aware that we have to be careful where we throw things,” he said, noting how local ocean debris is harming the coral reef. of Galveston, nicknamed “The Flower Garden”. “It’s something very important for the ecosystem here. If we don’t take care of these things, they will harm our whole future.

Recent academy graduate Madison Wolf – who decorated one of the buckets on display with colorful ocean creatures – was hoping to enter the contest, but was happy to do something to help the beach. She came with her two grandparents.

“I love art and hope to do graphic design in college now that I’ve graduated,” Wolf said. “I hope to do well (in the competition) but I had a lot of fun participating.”

Vicky Oyler, his grandmother, is the one who told him about the event. She describes her granddaughter as an “artistic beach bum”.

“It was right up his alley,” Olyer said. “I knew she would be interested as soon as I saw the event. She’s an amazing performer.