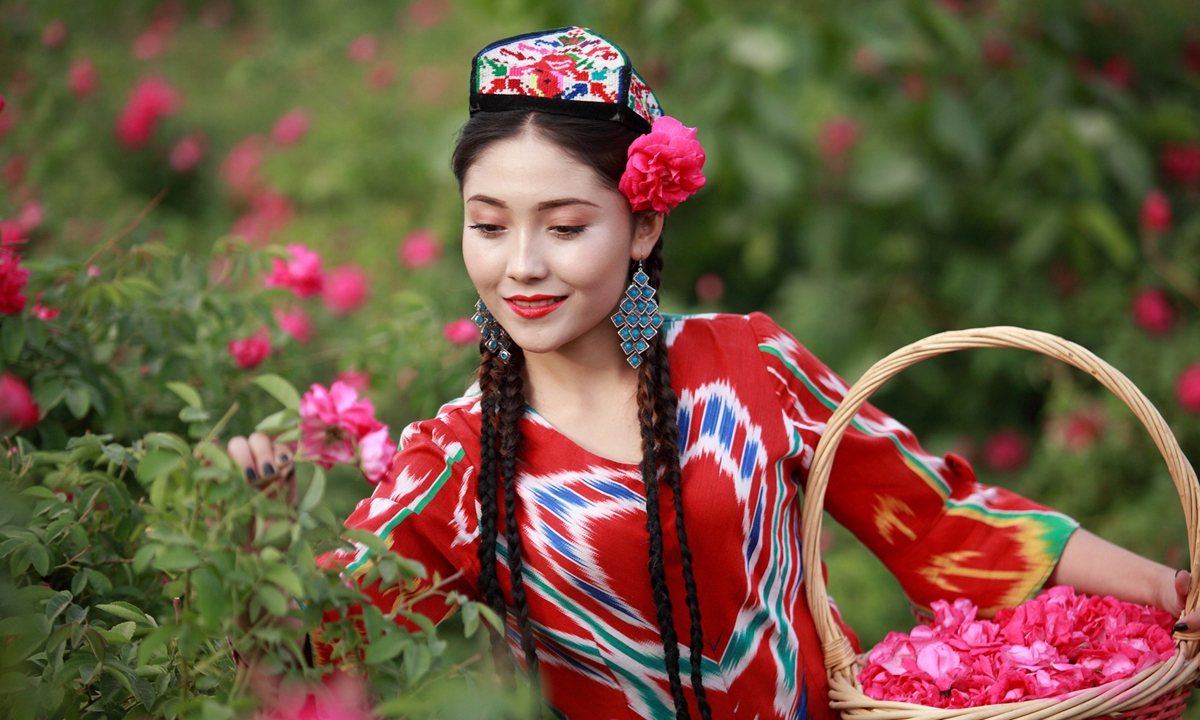 The 53-year-old is from Yarkant County in the Xinjiang Uyghur Autonomous Region in northwest China. The county is known as the birthplace of the Twelve Muqams, a musical form consisting of sung poetry, stories and music.

This unique art form, known as the “Mother of Uyghur Music”, includes a group of classical music pieces combining Uyghur song, dance and music, and is considered a treasure of Chinese ethnic music.

It was almost lost once, but thanks to the tireless efforts of the government, as well as local folk artists, the art form lives on today.

“The government arranges for folk artists to attend training in the Twelve Muqams for 15 to 30 days every year,” according to Rehman Ablimit.

“Each performer receives a subsidy of 50 yuan ($7.50) per day. They learn a Muqam piece every year while rehearsing dances and participating in various programs,” he said.

To promote the heritage of this art form, the local government has invested 5 million yuan in building the Muqam Art Center. The performance hall can accommodate hundreds of artists simultaneously, and all visitors are welcome to learn about art.

Awut Yuwup, heiress of the Twelve Muqams, has trained more than 60 apprentices. He led his troupe to many provinces in eastern China to introduce and introduce the traditional practice.

“I’m so proud to be a practitioner, because we can perform outside of Xinjiang and spread our intangible cultural heritage,” he said.

In 2005, the arts of China’s Xinjiang Uygur Muqam were recognized by UNESCO as “Masterpieces of the Oral and Intangible Heritage of Humanity”.

Here’s what you need to know about reverse mortgages