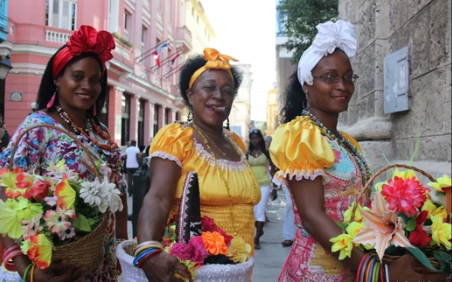 Though she says her Guatemalan heritage hasn’t been the focus of her work, Campbellsville artist Azucena Trejo Williams was intrigued by the prospect of a traveling exhibition featuring works by Hispanic, Latino and Americans and Latinos from Kentucky.

“It’s a side of who I am, and I’ve never had the opportunity to do that before,” she said. “I’m honored to be part of a group that bears similarities to my own background, an exhibit that represents our cultural difference and celebrates our Kentucky home.”

The exhibit, titled “Our Kentucky Home: Hispanic/Latin American Visual Art in the Commonwealth,” features 36 works by 20 Hispanic or Latin American/Latinx artists, representing a variety of subjects and mediums. The exhibit opened in November at the Carson Center in Paducah and is now at the Murray Convention and Visitors Bureau until January 28. in Frankfort, where “Our Kentucky Home” will be exhibited from September 12 to October 12. 5, 2022, during Hispanic Heritage Month.

It arrives at the Boone County Public Library April 2-28.

The goals of this traveling exhibit are to share the Hispanic/Latino/Latino experiences of Kentucky, to demonstrate diversity through various media, styles and themes, and to recognize the dynamic expressions that these Kentuckians contribute to the cultural landscape.

The work by Trejo Williams is called “I was told I was taking up too much space”. and is a vinyl letter installation piece.

“It was something that was told to me,” Trejo Williams said. “I couldn’t give up. It was marginalizing. He had a negative tone. I started researching marginalization.

As an installation piece, the content may evolve as the exhibit travels across the state, depending on the location and what Trejo Williams feels needs to be said. The general message, however, is one of marginalization.

“The language of the installation is that I give voice to marginalized people,” said Trejo Williams. “With this piece, there is a discussion, a teaching involved. You have to consider what I say and work backwards from there. Where is he from? What am I talking about?

In addition to having worked in the exhibition, Trejo Williams will also be hosting the exhibition through the University of Campbellsville, where she is an associate professor of art and design. Our Kentucky home will be at the university’s Pence-Chowning Art Gallery from August 16 through September 16. 8.

The university has hosted the arts council’s Makings of a Master exhibition in recent years, and Trejo Williams said it will continue a cooperative relationship the university is grateful to have.

“It’s always great to partner with the Kentucky Arts Council and recognize the support we have from the state,” she said. “This particular exhibition helps us diversify the people we show in our galleries.”

She said the school would also use the exhibition tour as a teaching tool.

“We like to work across multiple disciplines with other departments, like the School of Music, Drama, Political Science, and the Language Department,” Trejo Williams said.

The larger goal of “Our Kentucky Home” is to exhibit the work of artists in all regions of Kentucky, as well as to raise awareness of diversity in the Commonwealth. It’s a lesson Trejo Williams said she hopes the exhibit offers at every stop along the way.

“I hope this exhibit will illustrate the contributions of Hispanics to Kentucky culture and help raise awareness of both the experiences of an often marginalized community and the injustice of marginalization.”
The artists whose works will appear in “Our Kentucky Home”, listed by name, county, work titles and medium, are:

Will it crash? The worst week on Wall Street since the pandemic