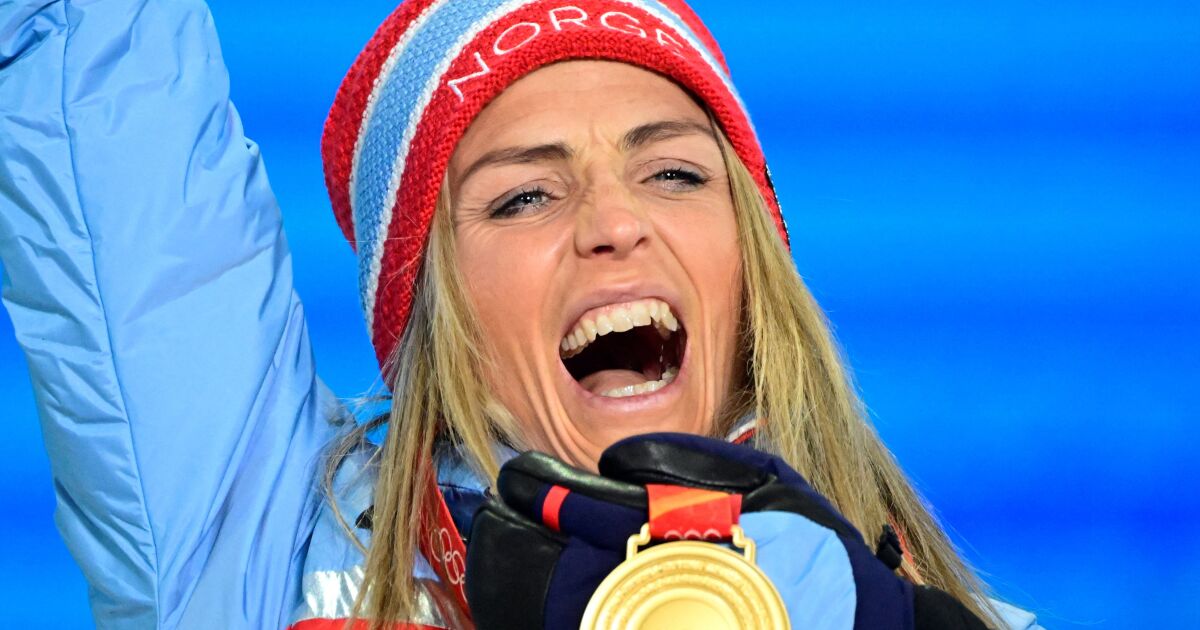 The first 2022 Winter Olympic medals have been awarded. This is what they look like

Dozens of athletes from 18 and more countries are returning home with a gold, silver or bronze medal in their luggage after the first days of competition at the Beijing Winter Games.

Among them is Norway’s Therese Johaug, who won the Games’ first gold medal in the women’s 7.5km + 7.5km skiathlon.

Each host city brings its own twist to the design of the medals awarded – often infusing them with special meaning – and making the awards even more special for the winning athletes.

This year, Chinese organizers looked to the past and their own culture for inspiration.

The organizers hailed their 2008 Summer Games

The 2022 Winter Games medals are called “Tong Xin”, which means “together as one”.

For the design, the Chinese organizers said they drew inspiration from their country’s tradition and culture to influence the appearance of the medals.

Since Beijing is a two-time Olympic host city, organizers said they wanted to include a nod to the 2008 Summer Games in the design.

“We used jade in the design of the medals, which is in line with the 2008 Olympic medals. It reflects that Beijing is a two-time Olympic city,” she said.

The use of jade, a gemstone, has its roots in ancient Chinese history, Lin told reporters.

The medals feature five rings and the carved designs around their perimeters are based on traditional Chinese calligraphy. “XXIV Olympic Winter Games Beijing 2022” is also engraved on the back with its Chinese translation.

Instead of flowers, the athletes have their own mascot

Like medals, host cities put their own spin on the traditional flower arrangements offered to athletes on the podium.

At the Tokyo Olympics, organizers presented medalists with a small bouquet of yellow, green and dark blue flowers tied in a bow. The bouquet elements were meant to symbolize Japan’s recovery from the devastating 2011 earthquake and tsunami that killed thousands.

This year, as soon as their event is over and they step onto the podium, athletes are presented with specially designed figurines of the Beijing 2022 mascot, Bing Dwen Dwen.

The designers chose China’s national animal, the giant panda, as the mascot for the entire Games.

In the Chinese language, “Bing” has several meanings, including (appropriately) “ice.” The panda’s name also symbolizes purity and strength, according to the mascot’s creator.

He wears an enthusiastic smile and a translucent astronaut suit – a nod to future technologies, according to Olympics.com.