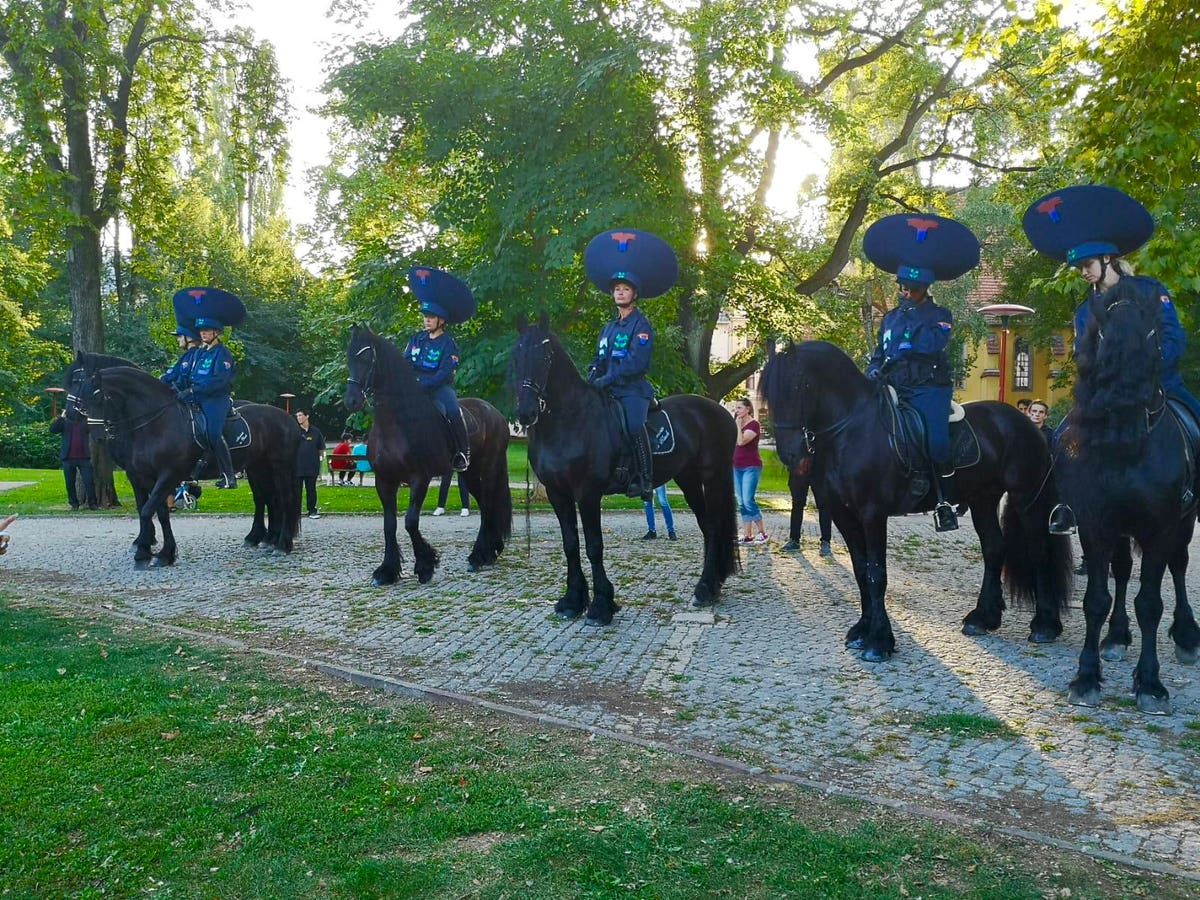 Annual Fall Arts Festival Steirisches Herbst, until October 10, 2021, transformed the picturesque Austrian town of Graz in an exciting stage, with a series of imaginative and far-reaching events. The contemporary art festival kicked off in a globally tumultuous year – 1968 and has shaken things up ever since in Austria’s second but otherwise quiet city.

Steirisches Herbst was founded in opposition to the resurgence of nationalist cultural initiatives that were gaining ground at the time and in stark contrast to the traditional fall harvest festival. In 1968, modern music, theater and visual art which the Nazis had called “degenerate” three decades earlier were seen as an effective barrier against the remnants of totalitarian mentality in the world. The first festival enchanted, bewildered and shocked audiences out of complacency and has continued to do so for over 50 years. It broke into artistic institutions and broke down the barriers between art and life. This year is no exception, especially as the recent appointment of Russian director Ekaterina Degot as the prestigious festival’s non-Austrian first director must have been seen as somewhat controversial. And accentuating the already electric atmosphere, this year’s festival opened with the approach of local elections where the Conservative and Communist parties were vying for power (the Communist Party then won).

For Mme Degot’s edition, the curatorial team aimed to bring the works directly to the public with most of the pieces on public sites. As an interdisciplinary festival, it has integrated visual arts, music, theater, performance, new media, literature and everything in between, emphasizing work that refuses to be bound by rules and the traditional scope of distinct cultural domains.

As a festival resulting from the historical avant-garde, Steirisches Herbst has often ventured outside and for the 2021 festival, 35 international artists and collectives present works outside the institutional bubble, in the form of street interventions, local workshops, collective cooking, installations and performance. “We focus on simple access conditions that allow fortuitous encounters with art and culture, for example by strolling in the park or shopping,” explains festival director Ekaterina Degot. The artists of the 54th edition of the festival include well-known artists like Tino Sehgal, Thomas Hirschhorn, Hans Haacke and Rosemarie Trockel as well as emerging and mid-career artists including Lars Cuzner, Sophia Brous, Flo Kasearu, Lara Thoms and Mounira Al Sohl.

Highlights of the festival

estonian artist Flo KasearuIt’s awesome disorder patrol was a smart urban intervention and performance involving 12 performers in uniform wearing gigantic hats, some mounted on horses, others performing ribbon gymnastics, each disrupting the normal order as they patrolled the streets and parks . The giant hats highlight the increased powers of security-obsessed politicians and lawmakers over public spaces like parks.

Swedish-Canadian Lars Cuzner is a trickster you are never sure he is up to. Using assumed identities and provocative language, his work has often sparked controversy, tackling uncomfortable topics such as racism, Nordic nationalism and the rise of right-wing populism across Europe. As part of the festival’s ongoing status reports, he has walked the streets as a self-proclaimed ‘crook’ interviewing politicians and the general public trying to raise funds for his self-help book which he describes as a “very bad book”.

at Tino Sehgal From sunrise to sunset involved the artist and 40 collaborators by taking over two parks, Augarten and Stadtpark, from 6.30 am until dusk. Creative movements, chants, chants and storytelling designed for a wonderful and immersive viewing experience. As performers mingled with park visitors, a “constructed situation” arose, blurring the line between art and reality, public and private.

that of Marinella Senatore A glorious light installation at Europlatz, the square in front of the central station features political slogans in pastel-colored light bulbs.

An energetic free jazz and dance performance on Hauptplatz, the main square, Sailing through the ruins of the old world, with percussionist Uriel Bartholomew, bassoonist Sophie Bernado and hip-hop dancer Salomon Asaro, was a multimedia show.

Australian artist based in New York Sophie brous (with Faye Driscoll, Samara Hersch and Lara Thoms) presented The Invisible Opera, a hypnotic performance that transformed Graz on stage and viewers into actors and extras. The artwork features a live libretto voiced by a security camera, describing each of the actions, objects, and behaviors that occur in a town square in real time – from people, buildings, and bodies to unseen forces of interest. private, real estate, surveillance and town planning which seem to choreograph the space in a kind of fabricated spectacle.

Radieschen on the roof of the Kunsthaus by GRAM art museum, a group of four multimedia artists presented colorful Gumby-like figures frolicking and fluttering in the wind to the sound of a live band.

One of the most intriguing installations, on a street corner in a working-class neighborhood, is the Thomas Hirschhorn memorial to the late and great French writer Simone Weill. Among the many images of Simone Weill, inexpensive furniture covered in brown tape, teddy bears, toys, plastic jewelry, books and brochures are all there to be seen and used. On site, the guards reconstruct the missing objects.

Visitors to the annual festival can always expect to see striking artist posters. For 2021, ten posters, 100 of each, have been posted all over Graz, each dealing with the theme “the outing”. Hans Haacke, Rosemarie Trockel and Mounira Al Solh were among the artists commissioned this year.

A side program that takes place in other museums and galleries during the festival includes some real nuggets. Kevin Jerome Everson’s films and bronze objects at the new Halle Fur Kunst Steiermark are a must-see. Condor is a fascinating eight-minute black and white film made with an analog camera, recording a total solar eclipse seen on July 2, 2019 in Chile. Doreen Garner’s Lower Gallery installations deal with themes of colonialism and racism – uncomfortable but necessary to watch. The two exhibitions of this shiny new gallery, located in the middle of a verdant and verdant park, run until November 14, 2021.

The new art space Annenstrasse 53 does not avoid controversial subjects, such as Palestine, a taboo subject in Austria. The space of an old shop is currently showing Palestinian films curated by Daniella Schreir. Then, a beautiful and moving embroidery by the Palestinian Syrian artist Nour Shantout, Map of military influence in Syria 2019.

Steirisches Herbst, a public art festival, runs through October 10 at various locations in Graz, Austria. Most events are free.