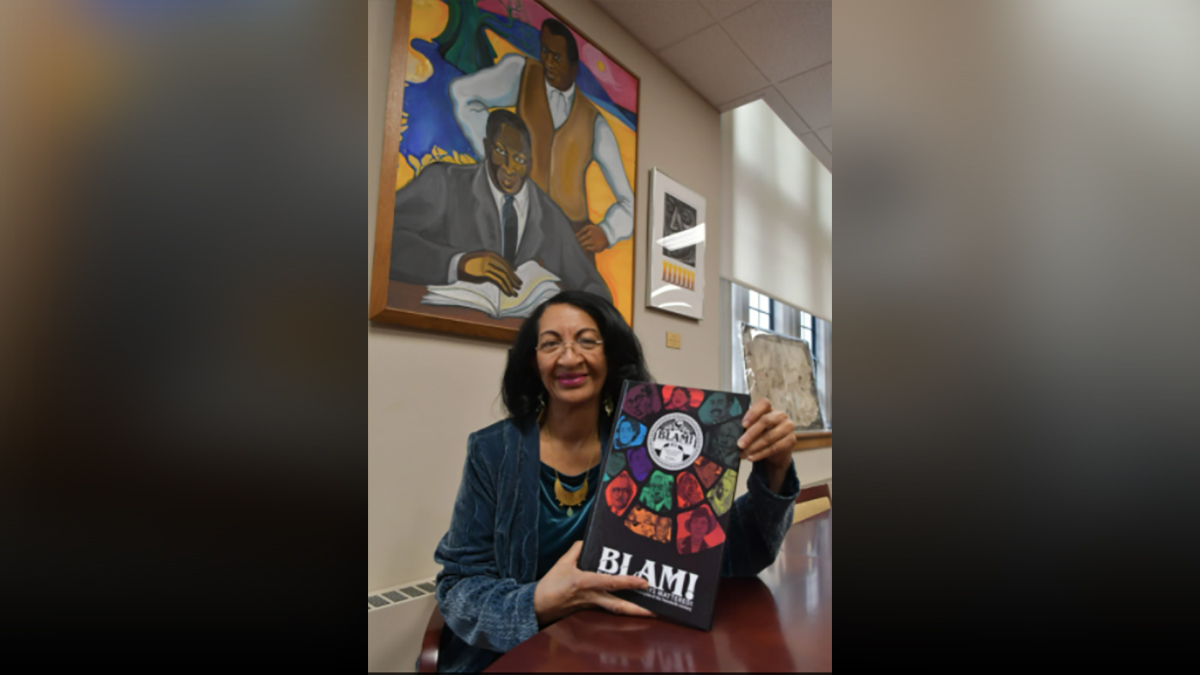 “In illustrating these three profiles, I did each profile in a slightly different way,” Battle said. “I did the Dubois WEB profile in black and white with gray tones.

“The story of Alain Locke, I colored it myself with painted color,” he said. “Cecil B. Moore’s illustration is the traditional style of comics. I had a friend of mine, who is also a colorist working in the industry, color this particular job for me.

“It was a great responsibility to be able to illustrate these particular stories and individuals because they are so iconic,” he added. “You want to do justice to their stories and the legacy of their families.”

The Charles L. Blockson African American Collection is one of the nation’s leading research centers for the study of the history and culture of people of African descent. The collection has over 700,000 items.

In the future, Turner hopes to do “BLAM!” serial. She wants the stories in the graphic novel to inspire students to read and be inspired.

“I hope ‘BLAM!’ will encourage students to read more and learn more about their history,” Turner said. “Reading about the lives of African Americans who have contributed to various fields helps students develop critical thinking.

“We also want students to be inspired by these stories,” she added. “We want to challenge negative stereotypes by showing them that there are role models for young people and that they can come from your own town.”

Water Song Tai Chi and the benefits of the ancient art