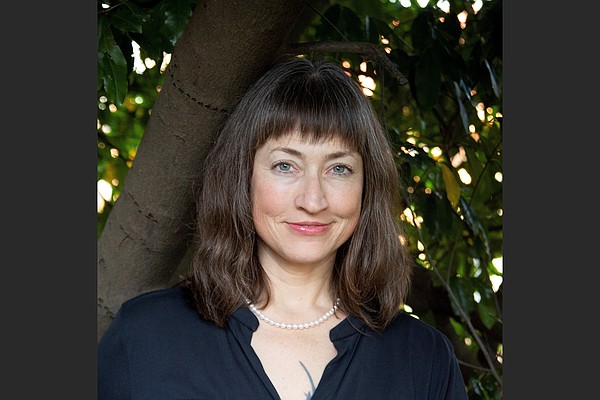 In his latest collection of short stories, “Tales the Devil Told Me,” Little Rock author Jen Fawkes offers a fresh perspective on some old villains.

Fawkes, through his cheerfully twisted lens, reinvented these particular thieves and gave them new life, new dimensions, and new possibilities. The result is an incredibly entertaining group of 12 stories that range from violent to hilarious, clever to poignant.

Here’s Captain James Hook, plus a scalawag pirate stalking Peter Pan, but a beloved suburban mailman who is happily married, sees a therapist, and does his best to be a good dad to his surly teenage stepson – who just happens to be named Peter (!) – in “Never, ever”.

Medusa wears a burlap sack on her head, runs the bar, plays in a band called the Gorgons, and dates a plastic surgeon in the comedy “As You Can Imagine, Makes Dating Difficult”. In “Tiny Bones” we learn about the traumatic childhood that formed the witch of “Hansel and Gretel” and Moby Dick sends a poetic and loving letter to a special someone in “Dear Ahab”.

The opening story, “Demerol, Demerol, Benzedrine, Schnapps” is a bloody, funny and heartbreaking update to “Rumpelstiltskin”, with addiction issues, a lie about needing gold spun with straw for a king and the protagonist of rumplestilt clinging to the hope that looking after a human baby will help him clean up his act.

At the heart of “Tales the Devil Told Me”, out today by North Carolina publisher Press 53, is the short story “The Tragedie of Claudius, Prince of Denmark”, in which Fawkes imagines the scheming uncle of Hamlet in a more sympathetic manner. light after all these years surrounded by the madness of his father and his brother in Elsinore.

The book, which follows last year’s excellent debut “Mannequin and Wife” collection, is further proof that Fawkes, 47, is an extremely gifted writer. She resuscitates each of these characters with care, intelligence and undeniable verve and confidence. A project like this could easily have become awkward in the hands of someone less skilled, or a show-off from a less sensitive writer, but Fawkes sticks the landing every time.

And the cover, by Claire V. Foxx, is perfect.

Fawkes, winner of the 2021 Porter Fund Literary Prize, didn’t even start writing until she was 30. “Tales the Devil Told Me” was his Masters of Fine Arts thesis at Hollins University in Roanoke, Virginia.

She was passionate about the idea of ​​the further transformation of folk art from earlier eras into higher art, which she learned as an undergraduate student from George Stade, professor emeritus of English literature at the Columbia University, where she was also introduced to many of the stories she would revisit in “Tales …”.

“This idea really turned me on,” she says. “Years later, while in my MFA program and thinking about a thesis project, I got the idea to write from the perspective of all the characters Ulysses meets in ‘ The Odyssey ‘. “

This culminated in the violent but offbeat “A Moment on the Lips”, about Cyclops Polyphemus and the first story she wrote that would end in “Tales the Devil Told Me”.

Zachary Mason had previously written a similar book, “The Lost Books of the Odyssey”, so Fawkes changed his approach.

“I thought, what about watching other popular villains,” she said. “It could be really interesting, a thematically related book where each story reinvents some form of popular quotation mark fiction from the perspective of the villain or someone close to the villain.”

Bringing a different perspective to difficult characters is something she says she wants to explore more in her work.

“One of my long-term projects is to humanize characters that we think of as bad guys. I don’t really believe in bad guys.”

“Never, never” was the second story she wrote for the collection. Unlike “A Moment on the Lips”, which takes place in the world of “The Odyssey”, she moved it to modern times with different characters. This comfort of moving between sets, periods and styles is one of the strengths of Fawkes, something that was evident in “Mannequin and Wife”.

“I like the variety in a book,” she says. “I’m not a big fan of stories that all look alike. I thought if I could pull it off maybe I could give each one their own special fit so that hopefully readers have the references, and if they don’t ‘To know the credentials, the stories will still be enjoyable as stand-alone stories. “

Is direct consumer less profitable for brands than wholesale? – RetailWire