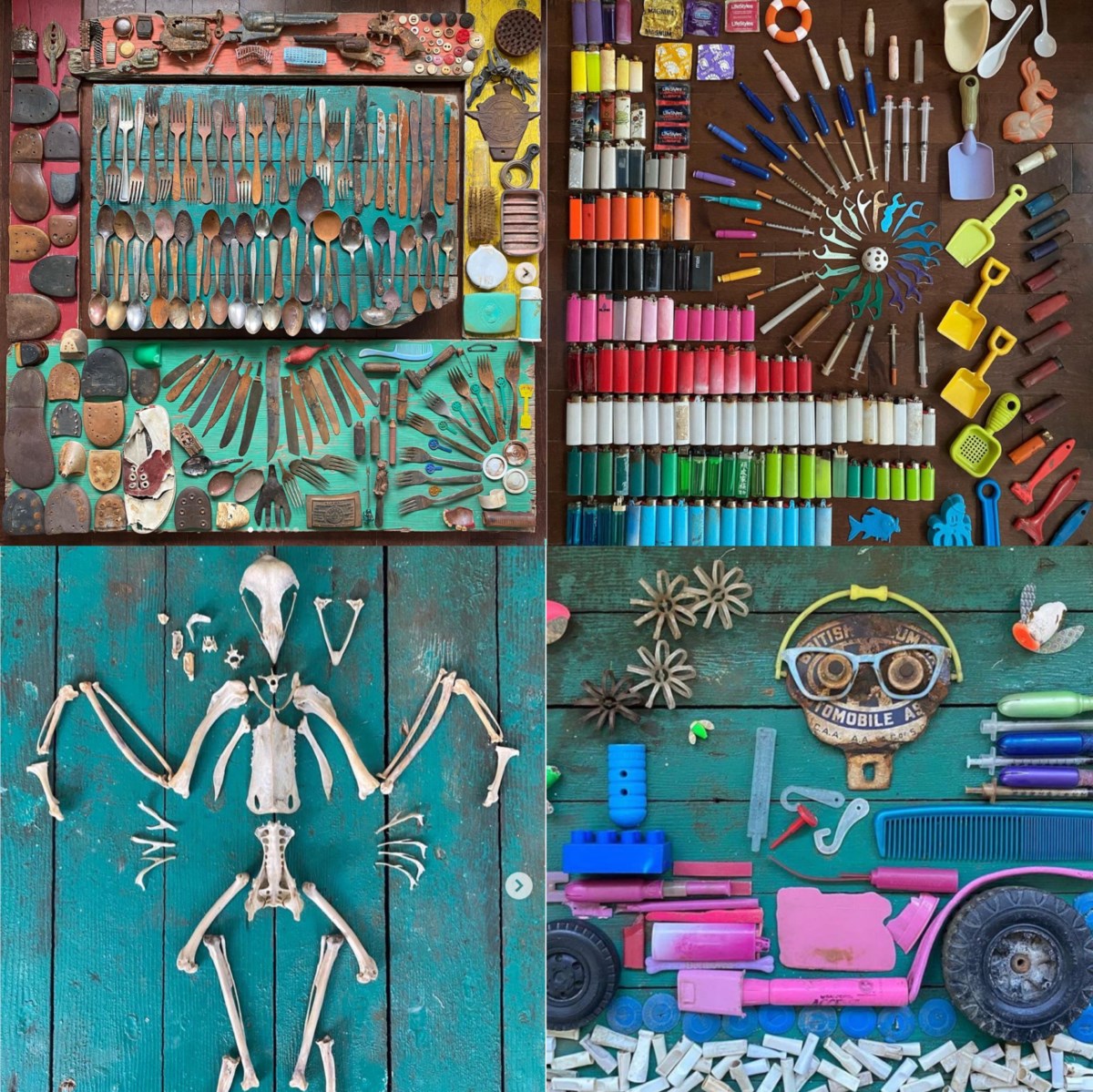 Five years ago, Steve La Rocca was walking along the Fraser River when he accidentally discovered a white horse figurine in the rocks.

“I was really excited,” Rocca said. “Once you find something like this, you can’t help but wonder what else is out there.”

This was the moment that launched Rocca’s passion for the beach.

Since then, he has discovered all sorts of strange “junk and treasure”.

In fact, a few months ago he was troubled to find a military flare, which he reported to the police.

Initially, Rocca just wanted to pick up “pretty things”, but he soon realized that a lot of people were using the river as a dumping ground, so he started cleaning up as he pounded the beach.

Rocca documents the unique relics he salvages and posts images of artwork he creates from river waste on social media to raise awareness of marine pollution.

On her Instagram page, you’ll find Rocca using bird bones to create a 2.25-inch-long skull or building an Easter bunny out of buttons and tubing.

“(I hope people) can realize how much trash is out there. The best way is to give it a fairly recognizable shape,” Rocca said. “When people see it, they can recognize it and say ‘oh wow, it’s made of things that shouldn’t be in the water. Maybe I can do that with the garbage too.

Rocca often picks up all kinds of plastic objects left along the river. In an Instagram post, he showed plastic bags he had found with stamps indicating they were made in the 1960s.

“Holy! This plastic bag has been floating around since 1967?” a shocked follower asked. “Is the trash 55 years old?

“These are the scariest things yet, you just can’t kill plastic,” one netizen commented.

“Plastic isn’t going anywhere,” Rocca said. “It could take twenty to five hundred years to decompose…we need to stop just leaving the plastic on the ground, but take it with us.”

After seeing Rocca’s Instagram posts, several people reached out, asking to join him on the beach.

Some followers have offered to buy some of his artifacts, but he hopes to one day hold a small exhibition of his relic collection.

What to know about pre-approved car loans