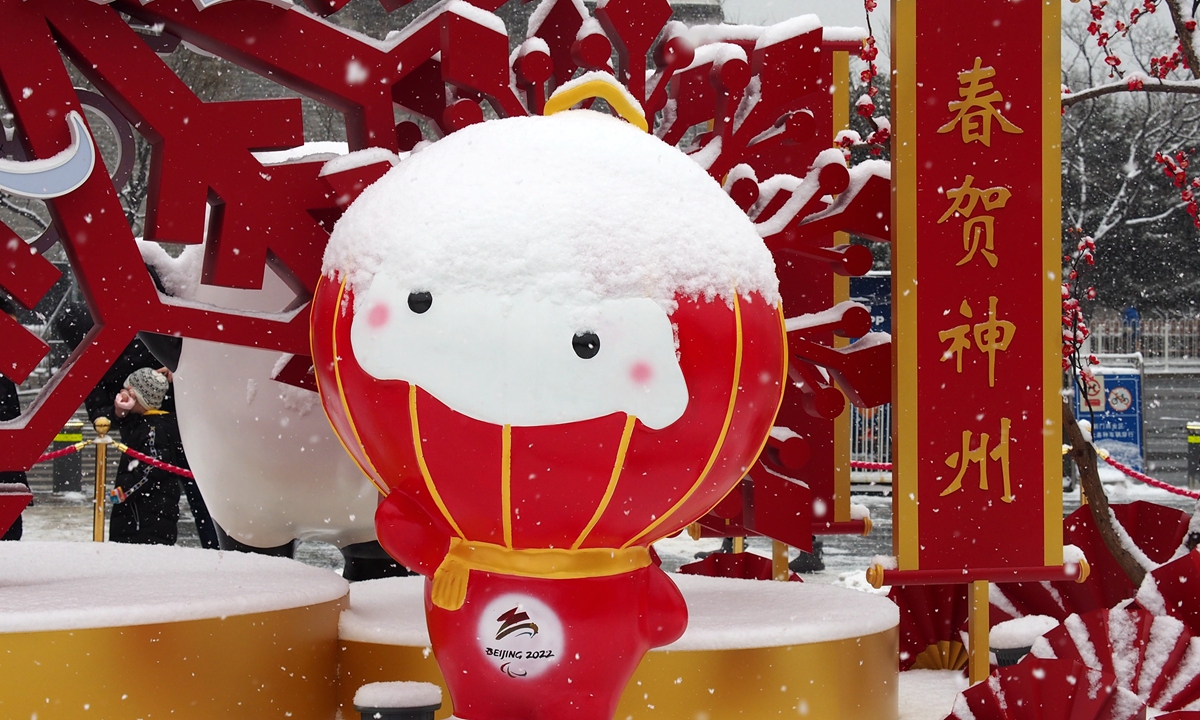 Shuey Rhon Rhon is the official mascot of the Beijing 2022 Paralympic Winter Games. The cute cartoon creature was inspired by the Chinese Red Lantern.

The mascot has a round head with two adorable dotted eyes on its face. The “red lantern” image for Shuey Rhon Rhon came from the lead designer’s recollections of the red lanterns that would be hung during the Spring Festival holiday in her hometown in northeastern Heilongjiang Province. east of China.

According to designer Jiang Yufan, a student at Jilin University of the Arts, the “red lantern” element can convey a sense of joy as well as China’s friendly and warm hospitality to people around the world participating in the Paralympic Games. Beijing winter.

In keeping with the winter sports theme, Shuey Rhon Rhon’s face sports a cloud-like patch of white snow. Above his head, a circle refers to the traditional “ruyi” scepter, which symbolizes good fortune and best wishes for Paralympic participants.

The mascot body part has also been creatively designed so that it can show the lightness of the interior. The design sends an encouraging message to para-athletes that their dreams can bring warmth into the world and the lights in their hearts can be seen.

Although there are two “Rhon” in the mascot’s name, they have different meanings. The first “Rhon” suggests the ideas of tolerance and mutual sharing and learning, while the second means “merge” and “warmth”. With the “Xue” suggesting purity and beauty, the mascot’s name embodies hopes for a better world and the idea that “a shared future for humanity” is to be achieved through the Paralympic Games of Beijing 2022.