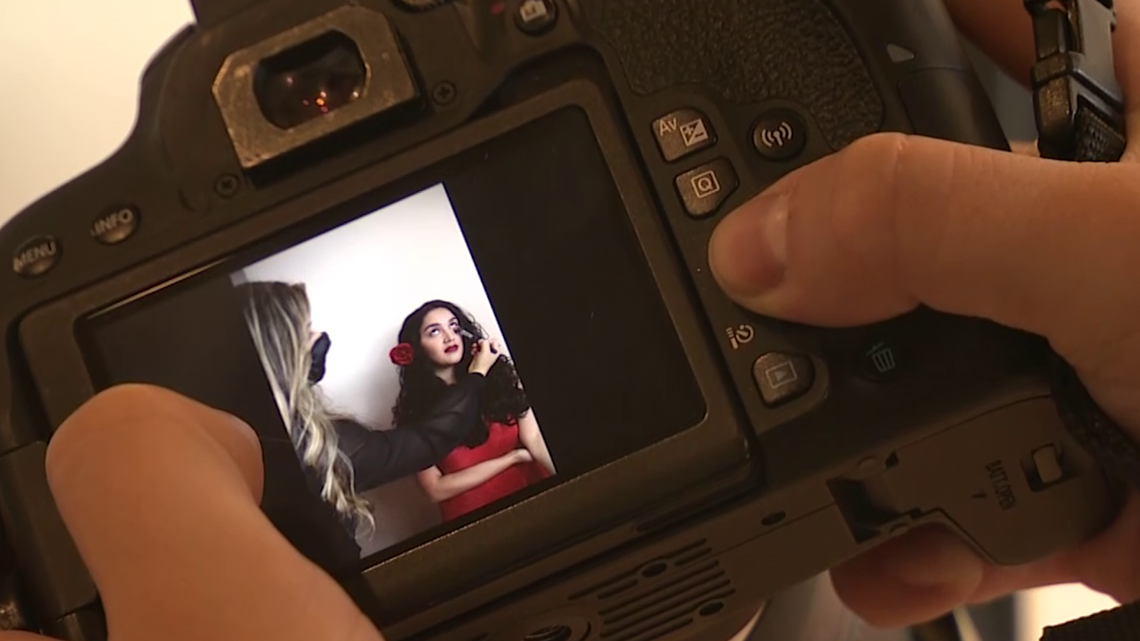 SEATTLE – Makeup artist Michelle Wight is in the beauty business – which means highlighting people’s features to make them shine. But, in a recent photoshoot, Michelle wanted to showcase more than just the beauty of her models – she wanted to celebrate who they are.

All of the models in this photoshoot are Latinos and they are all businesswomen too, many of whom are running their own businesses. In Michelle’s opinion, these women are not recognized enough.

“I feel like there are so many,” she said, “but we don’t really hear about it very often.”

That’s why Michelle decided to do this shoot. After appealing to everyone on social media, she received over 40 responses from Seattle businesswomen who were excited to volunteer for the shoot and share their stories.

“I wish I could have had the 40s, honestly, because everyone has such a unique story to share,” Michelle said.

In the end, she narrowed it down to 7 models. With no big plan in mind, Michelle just took advantage of the shoot to connect and let the women get the star treatment.

One of the models, Isabela Montalvo, is a graphic designer and entrepreneur who noted that she was not used to being in the spotlight.

“It’s definitely not my habit,” Isabela said, “I’m usually behind the camera. I’m usually the designer behind the screen… [it’s] exciting to have this opportunity to be in front.

Another model, Jamie Lynn Aragonez, spends her days as the Creative Director of World Spice Merchants, a herbal store in Pike Place Market. New to Seattle, Jamie was thrilled to meet local women she can relate to.

Michelle says she already sees the power of this experience and thinks it could be the start of a new tradition.

“I’m the second generation of Mexican Americans and the sole business owner in my whole family,” she said. “So I thought it was important for my daughters to know that they can really make their dreams come true.”

It is the perfect wish to accompany beautiful images that also act as windows of opportunity – for learning and inspiration. And that’s beyond the beauty business.

GlobalFoundries, controlled by Abu Dhabi, files for IPO due to chip shortage