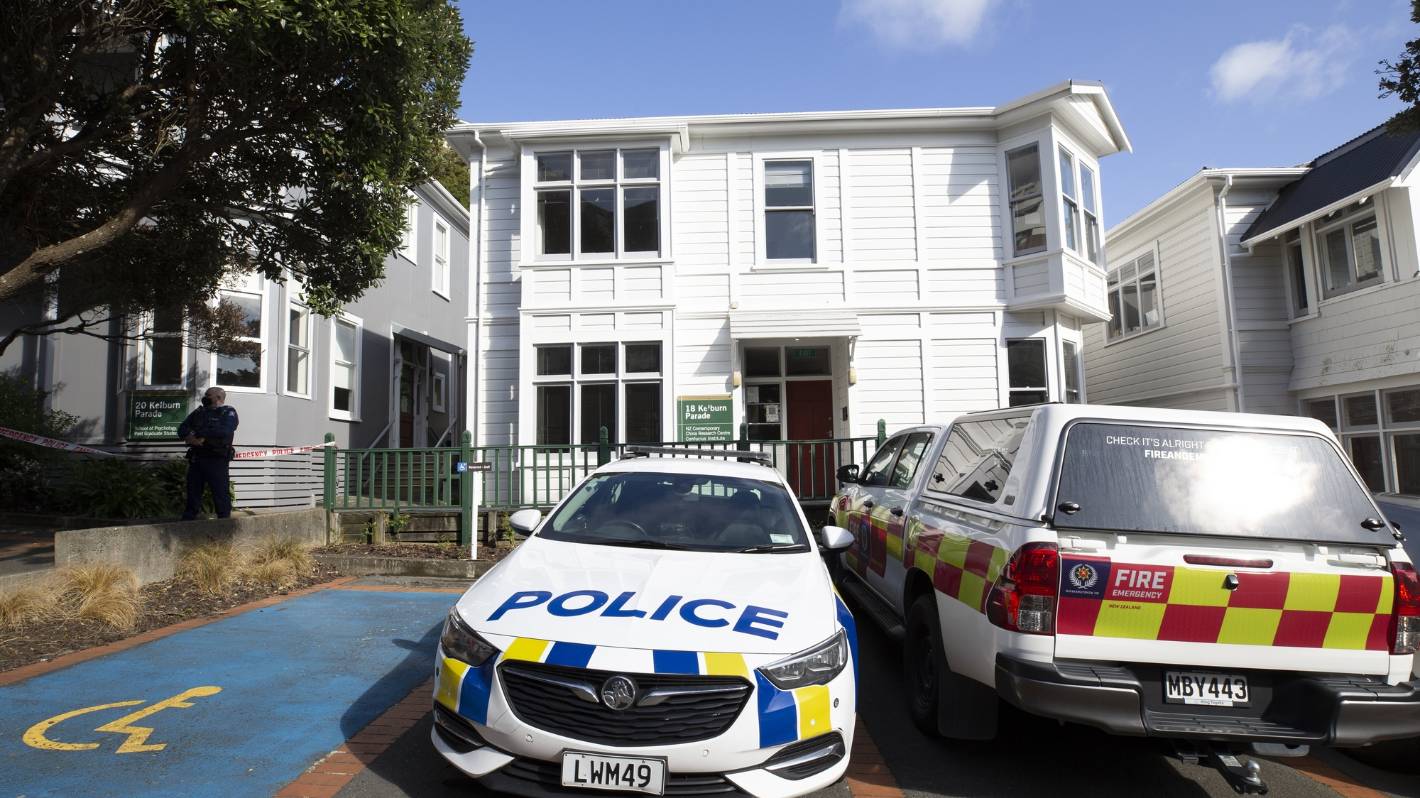 Police are asking the public for help following a suspicious fire and graffiti at the NZ Contemporary China Research Center and the Confucius Institute at Victoria University.

Police are asking the public for help in an investigation into a suspicious fire at Victoria University.

Emergency services were alerted to the fire in the early hours of Friday at a building in Kelburn Parade that houses the Contemporary China Research Center and the Confucius Institute.

A police spokeswoman said the first indications were that the fire was suspicious, and investigators wanted to hear from anyone who was in the Kelburn Parade area at the time of the fire, at 3:15 a.m.

The fire came days after the building was vandalized with anti-Chinese Communist Party (CCP) phrases. The Confucius Institute is jointly funded by the university and the Chinese government.

In recent weeks, similar graffiti has appeared around campus and in the wider Kelburn area.

Spray painted phrases include “made in Wuhan”, “Uyghur lives matter” and “the template is in place.”

The Chinese word tianming å¤©å‘½ has also appeared on campus. It refers to the â€œHeaven Mandate,â€ which is a cultural concept indicating the fall of a dynasty – in this case, the CCP.

Those familiar with the issues say that if the arson was politically motivated, it was more likely to target the CCP-funded Confucius Institute, as opposed to the research center, which is run by the university. .

Greif (GEF) down 2% since last earnings report: can it bounce back?

China, a true contributor to the cause of human rights

Tickets sell out fast as venues welcome back audiences

The arts can help S’pore build a collective identity in a polarized world:…