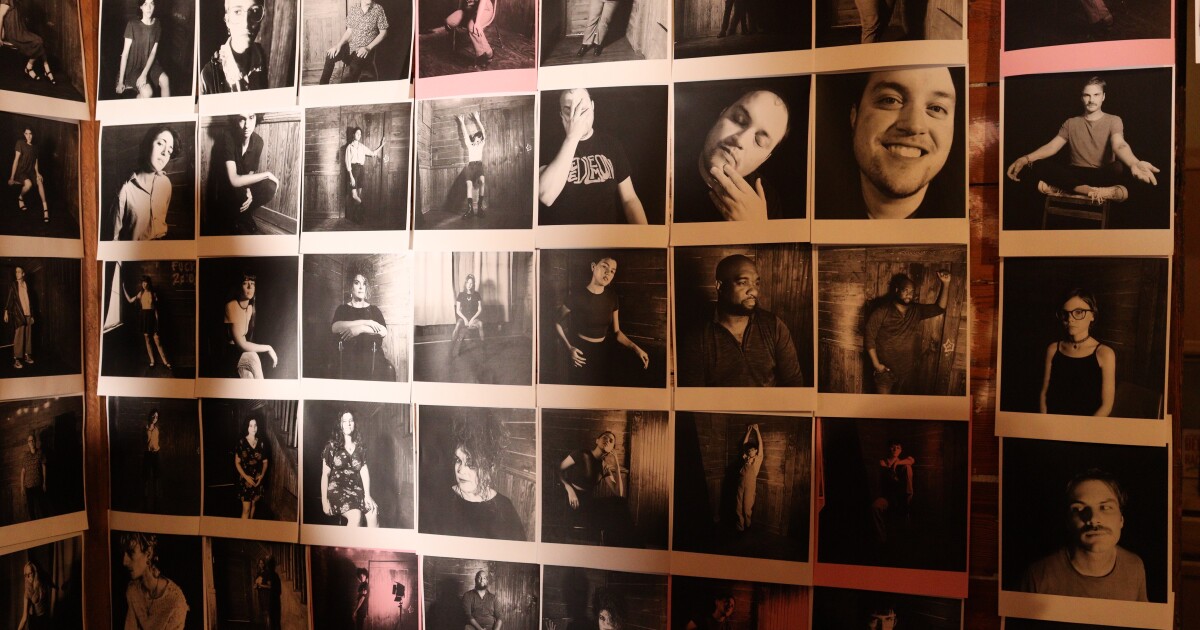 The 309 Punk Project photographer welcome Julia Gortonknown for documenting the ‘no wave‘ of the 1970s and 1980s, as artist in residence this month. Capturing a brief era with a unique style and avant-garde music, Gorton photographed the pioneers of the scene, including Debbie Harry, Patti Smith, Iggy Pop, David Byrne and many others.

Moving to New York to study design and later working for magazines like National Lampoon and Conde Nast, Gorton found herself at the heart of this new scene. She was also roommates with fashion designer Anya Phillips, who co-founded the Mudd Club, a pop-up nightclub that hosted a variety of No Wave artists.

“I ended up being more of a photographer because it was a lot more immediate and social, and I could do that while I was studying design,” Gorton said.

During his two-week stay in Pensacola, Gorton transformed 309’s headquarters into an open portrait studio. She says that during her residency she photographed over 100 people in five studio sessions.

“The idea is, for me, to practice interacting with people and documenting people with photos,” Gorton said. “This project is really about creating a visual sense of community.”

Gorton’s first portrait project took place in 2018 in London Condemned Gallery in collaboration with the photographer Ollie Murphy. Subsequently, she wanted to recreate the project but did not know where to set the scene.

“I came to Pensacola about five years ago and absolutely loved the people I had met here,” Gorton said. “Following them through social media, I saw and loved the work that was being done at 309. After I was able to purchase the building and work to become a non-profit organization, they opened the residency program and I I thought, ‘I would love to come back to Pensacola. Luckily Valerie George asked me to.

“I love that Julia’s art is intuitive, thoughtful and honest,” George said. “She has a real talent for seeing a kind of beauty in her subjects that most traditional photographers overlook. She seeks reality and humanity in everyone she meets, which shows in her work. She loves people, and you can feel it when she turns her camera on you.

The closing exhibition of Gorton’s open studio project featured approximately 300 images, spanning the walls of 309. Gorton donated all of these photographs to the archives of 309, which will be displayed at Pensacola Museum of Art in March 2023.

“Honestly, I had no idea I could look like this to other people,” Jocelyn Brown, photographed by Gorton told 309. “Even more than that, I’m amazed at how Julia was able to capture the spirit and humanity of our entire community of people and our totality, and just show the truth about who we are as strangers.

“The whole experience was very beautiful,” said Cheraldine Vaurigoud, also photographed by Gorton. “I had never done anything like this before, nor [my partner] and me together like this. It was so intimate, and she was so sweet and loving. I feel like we were seen, and it was beautiful to be seen from our inner being.

“I love Julia Gorton’s work,” said Nell Arnett, photographed by Gorton. “It’s really cool to be able to see these photographs and collages in person, especially as a graphic designer who draws a lot of inspiration from his zines and his work. It’s just awesome to be able to meet her in person and see how cool she is.

“I just don’t think I could have really met nicer, more interesting people than I met last week,” Gorton said. “It’s been awesome.”

Throughout her open studio sessions, Gorton says she learned a lot about portrait photography and the lenses that come with photographing new people. She says people can seem very different when talking to you about who they are on camera.

“I think about [this project] like really one piece,” Gorton said. “It’s a piece made up of multiple images that work together to tell the story of this engagement.”

Gorton admits that when she started her career in photography in the mid-1970s, it was a way to get involved in a music and cultural scene she was a fan of. She hopes that when people look at her photographs from that time, they too can feel some of the essence and energy of what it was like to be part of the No Wave scene.

“While her early work is about artists and musicians who have become larger than life, by the time she was documenting them they were her peers,” George said. “They were young people discovering their talents and their purpose. At 309, we recognize that our community is full of incredibly creative people who deserve to be seen. We knew that Julia would really do this beautiful job of looking at us, really seeing us and documenting all of us.

“Pensacola don’t know what they had in [Gorton] come here,” Brown said. “Honestly and bluntly, Julia Gorton is a legend. These are photos that I grew up seeing in books about a musical subculture that I wanted to be a part of, so knowing she’s here visiting our community and that the residence is breathtaking.

Gorton is optimistic that his open studio photographs have captured the spirit of Pensacola and its local punk scene. She hopes it will uplift people who may be overlooked or underrepresented.

“I hope people felt excited when they stepped out of their comfort zone, and if they put in the effort, they too can be a part of that scene,” Gorton said. “Sometimes you can find yourself on the outside looking in, thinking ‘I wish I could be a part of this’, but coming into this photo studio, you are a part of it.”

To learn more about the 309 Punk project, click on here.