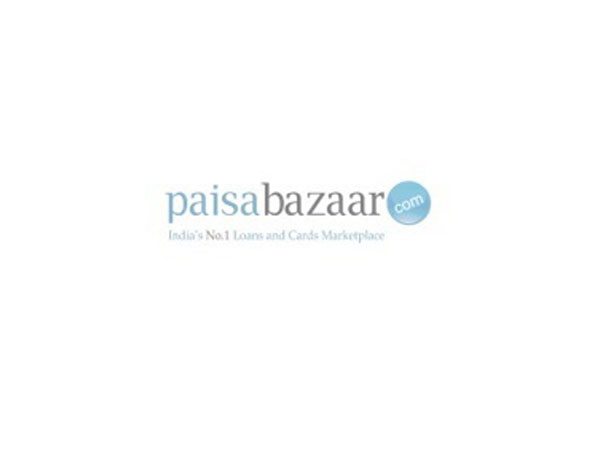 Gurugram (Haryana) [India] Aug 18 (ANI / NewsView): After becoming the first financial entity in the country to launch a free Hindi-language credit rating last year, Paisabazaar.com, India’s largest digital marketplace for loan products, has announced today that it has launched its credit report initiative in three regional languages. .
Consumers can now read and download their Paisabazaar credit report for free in Marathi, Telugu and Kannada, in addition to English and Hindi.
A customer survey conducted last year by Paisabazaar.com found that more than 60 percent of customers preferred to be able to read their credit reports in their regional language, in addition to English. Paisabazaar.com started offering free credit reports in Hindi in December 2019 to become the only financial entity in the country to offer credit reports in a regional language.
“Over the years, conversations with clients and data have indicated a clear and urgent need for more in-depth awareness around credit score. The introduction of the credit report in Hindi last year was a step forward. in this direction and we have witnessed a tremendous response. We now want to deepen this initiative in various geographies, “said Naveen Kukreja, CEO and co-founder of Paisabazaar.com.
Paisabazaar.com claims that the introduction of credit score in three new languages ​​is expected to help a large portion of 36% of its credit score customers from the states of Maharashtra, Karnataka, Telangana and Andhra Pradesh, as well than other speakers of Marathi, Telugu and Kannada, residing in other states.
More than ten million people in India are said to have access to the Internet in Marathi, Telugu and Kannada.
In addition, according to RBI data, Maharashtra leads the states in terms of outstanding credit and number of loan accounts with planned commercial banks. The top ten states also include Karnataka (fourth), Telangana (sixth) and Andhra Pradesh (ninth).
However, only 42 percent of Paisabazaar.com customers who have checked their credit reports from these four states on Paisabazaar.com have healthy credit, meaning more than half of them would find it difficult to be approved for a loan product, especially in the current scenario where most banks and financial institutions are cautious in granting new loans, due to widespread income disruptions and the economic downturn.
Paisabazaar.com plans to work closely with all of its office partners and innovate to advocate responsible credit behavior, and steadily increase the extremely low credit penetration rate in India.
“At Experian, we are committed to enabling financial inclusion not only to help consumers strengthen their creditworthiness, but also to gain better access to credit. Poor knowledge of credit score and the factors that influence it can limit borrowing capacity. Paisabazaar.com’s initiative to leverage region languages ​​to deepen credit awareness gives consumers control by keeping control of their credit report and building it over time to ensuring easy access when they need it, ”said Ashish Singhal, Managing Director, Experian Credit Information Company of India.
In February of this year, nearly nine applications for lakh loans or credit cards were made by Paisabazaar.com customers from Maharashtra, Karnataka, Andhra Pradesh and Telangana, according to office data. Paisabazaar.com says its data shows that 32% of pre-COVID loan and credit card inquiry volumes are now back in those four states. However, a bad credit rating can be a major obstacle for today’s consumers looking for a loan.
“In the short to medium term, loans will be limited to clients with stable income and strong credit profiles due to the pandemic. In this situation, monitoring and maintaining a strong credit rating becomes essential. Our goal is to raise awareness and instill good credit behavior that should go a long way in meeting immediate credit needs and achieving important life goals, ”said Radhika Binani, Product Manager, Paisabazaar.com.
Paisabazaar.com has been offering free credit score to customers on its platform since 2017 and over the years, he said, there has been a sharp increase in the number of customers outside of major subways visiting their platform. -form to access credit products. Today, customers in more than 1,200 cities and towns inquire about a loan product every month at Paisabazaar.com.
With internet penetration in India reaching around 650 million, Paisabazaar.com has said it wants to expand its consumer credit education initiative to Tier II and III cities across India. Over the next 12-18 months, it plans to introduce its free credit score initiative in all major regional languages.
“Equifax is at the forefront of disseminating credit knowledge to all, our goal being to help people get the best life with their finances. By creating the credit score product in regional languages, Paisabazaar .com not only promotes credit awareness and financial literacy, providing a wider choice and improved experience for Indian consumers, ”said Nanaiah Kalengada, Managing Director and Country Head – India and ME, Equifax.
According to Paisabazaar.com, providing access to relevant information in preferred languages ​​would not only become familiar with formal financial products, but also help increase the purchase of financial products through the more convenient and transparent digital medium.
Paisabazaar.com, as part of its credit awareness initiative, has focused heavily on voice, vernacular, and videos to deliver an enhanced customer experience on its platform.
The end-tech’s free credit score product is available on voice platforms such as Google Assistant and Amazon Alexa, as well as WhatsApp, allowing seamless credit score tracking.
She also operates a credit counseling service that helps clients build a high credit score through personalized advice and referrals from her team of credit experts.
This story is provided by NewsView. ANI will not be responsible for the content of this article in any way. (ANI / NewsView)

Warning: The opinions expressed in the above article are those of the authors and do not necessarily represent or reflect the opinions of this publisher. Unless otherwise indicated, the author writes in a personal capacity. They are not intended and should not be taken to represent official ideas, attitudes or policies of any agency or institution.