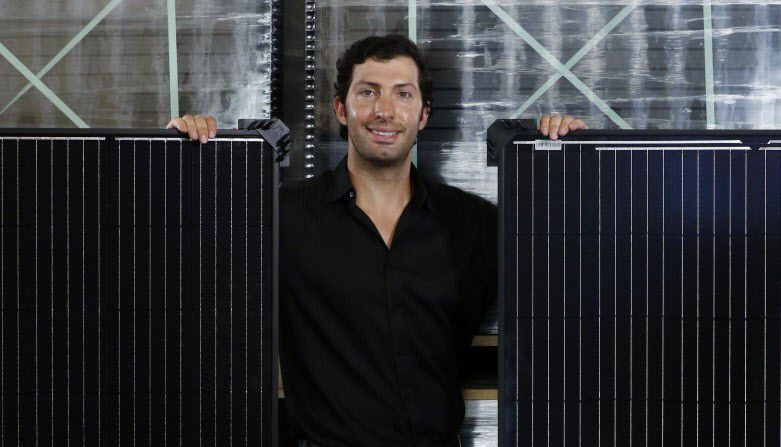 Once a shining star in the solar energy world, this entrepreneur is bound by penalties

Just a few years ago, Abe Issa was a star in the solar energy world.

As the owner of Fort Worth-based solar energy companies, Issa was building a profile as an industry leader as the owner of some of North Texas’s fastest growing companies.

In 2015, he pledged a donation of $ 500,000 at Texas Christian University’s Neeley School of Business to build the Abe Issa Field Sales Lab. Issa graduated from TCU.

The money never came and the sales lab was never built. This is a good thing for TCU as Issa’s companies have been accused of breaking so many sales rules that the Texas Attorney General has investigated.

It didn’t help. The attorney general attacked both old and new companies.

In 2018, Issa’s businesses agreed to pay $ 3 million in penalties and damages to customers who were promised huge savings on their electricity bills if they switched to Issa’s products. Often the promised savings never materialized.

I have to thank Alan Oldfield, an 84 year old music composer from Bedford, for turning my attention to Issa.

I last looked at Issa’s business relationships in 2016, when I profiled a man from Duncanville who claimed to have lost money buying Issa’s seller’s promise that his electricity bills would drop dramatically with his new solar panels. They did not do it. The man thought he saved $ 177 in a year with the panels. He took out a loan of $ 18,000 to pay for the installation. At that rate, it would break even in 93 years.

Recently Oldfield sent me a note about Issa. The composer wrote a lot of letters. He sent letters to the Texas Attorney General, as well as to the state attorneys general where Issa’s businesses have grown.

He complained about Issa to the Better Business Bureau as well as to TCU business school officials.

But his most important letters were sent to the bank that financed his loan with Issa’s company to pay for his house’s weatherization project. Oldfield has pledged to pay $ 11,500 for the work. But like other customers, his electricity bills barely went down, he told me. It was then that he launched his protest.

He wrote to the executives of the bank, including members of the bank’s board of directors. I’ll explain how it worked for him in a moment. But first, I want to show you what Texas AG says Issa’s company did wrong.

In 2016, Issa told me in an interview that he ordered his salespeople to stop promising that electricity bills would drop significantly. The promises were unreliable, he told me, as customers’ lifestyles affect their electricity use.

His problems stemmed from his salespeople who were independent, he said, working on commissions. He didn’t have enough control over them, he said.

“We don’t want to be abused,” he told me four years ago. “But we also don’t want the owner to feel like they are being taken advantage of.”

This week, I was unable to reach Issa, despite voicemail messages, an email request, and discussions with one of his lawyers and one of his business executives.

The company emailed me a statement about Issa’s new company: “EnviroSolar is one of the top 15 nationwide residential solar companies with the strictest compliance measures in place. Each client goes through a diligent quality control process, including a taped point-of-sale call to ensure a full understanding of the financing and project details.

“Plus, every agreement is reviewed for accuracy before the final design process begins. From the initial meeting to installation and beyond, all communication between customers and our customer service team is recorded for quality control purposes.

In a brief phone interview, company director Nathan Greving told me, “We have the best compliance in the industry. We have quality control on every customer that comes in. Very strict compliance standards. Make sure customers understand all the details of what they are getting.

Both statements left out why they are doing this. Thanks to Texas Attorney General Ken Paxton’s office, they have no choice.

Give credit to Paxton’s consumer division for their management of Issa’s businesses. There were two trials in 2018.

The final agreement prohibits these companies from doing business in Texas. The companies agreed to pay a judgment of $ 2.3 million, including $ 1.9 million for aggrieved consumers.

The second trial was against Issa’s new businesses – EnviroSolar, E-Grid Tech, EnviSolar, Next Step Energy and KMA Investments. In the voluntary order, Issa agreed to pay the state $ 700,000 and promised to adopt strict protocols to create what her manager told me to be “the best compliance in the industry.”

Issa had no choice. If you read all of the promises of good behavior in the regulation, you get a feel for the bad behavior that preceded it.

They must be properly informed of the ways in which they can cancel.

Sales people need to be upfront about who they represent when knocking on doors.

The deadline for getting some of that $ 3 million passed last year. Unfortunately, Oldfield never heard of the two cases until I showed them to him.

But he got away with it on his own.

It turns out that Oldfield doesn’t just write music for TV shows and movies. He also writes a damn good letter of protest.

He first spent $ 11,500 on weather insulation inside his house (no solar panels). His letters of complaint to the bank and its board of directors have paid off. Highligths.

The bank agreed to write off the remaining $ 7,500 on its loan. He doesn’t have to pay it.

“I was very lucky,” the composer told me. “I didn’t know what to do, but the letters turned out to be the thing.”

If you are considering purchasing solar panels or embarking on a project to weatherize your home, get several quotes from various companies.

Beware of claims of dramatic savings on your electric bill, which solar energy users always receive.

Learn the difference between renting and owning signs.

Find out what the rules, if any, are in your subdivision or city for selling a house with roof signs.

And here are two useful sites:

Become a citizen of Watchdog Nation.

Join Dave Lieber and learn how to be a super consumer.

Subscribe: PLEASE support The Watchdog’s straightforward journalism brand designed to save you time, money, and aggravation. Treat yourself to a DallasNews.com full digital subscription for just $ 2.99 per week and NEVER MISS The guard dog OF THEM reports every week. Register now here.

Do you use facebook? Connect with The Watchdog on our Facebook group. Search “Dallas News Watchdog Posse.”

The morning news from Dallas The Watchdog column is the 2019 winner First Prize for Writing Articles from the National Society of Newspaper Columnists. The contest judge called his winning works “models of storytelling full of suspense and public service.”

* Help the widow of Officer JD Tippit, the Dallas Police Officer killed by Lee Harvey Oswald, to be buried next to her late husband