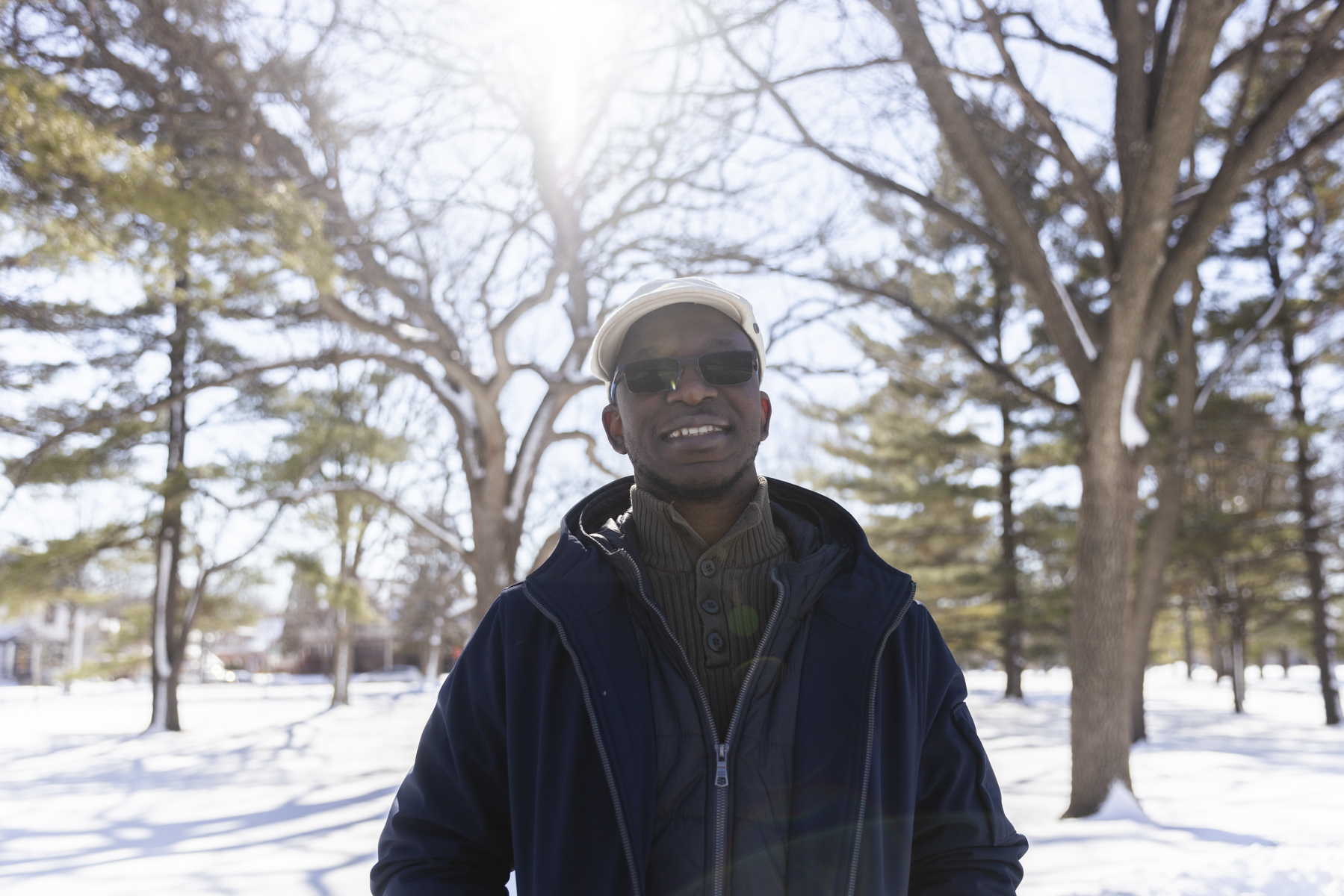 Nigerian immigrant Wale Falade thinks Minnesota is ready to see more work by architects of color. His own company, FIHAN, has just won the tender for the redesign of Minneapolis’ North Commons Park.

Nigerian immigrant Wale Falade thinks Minnesota is ready to see more work by architects of color. His own firm, FIHAN, has just won the tender to redesign Minneapolis’ North Commons Park. Wale Falade fulfilled a dream two years ago of opening his own architecture firm by founding St. Paul-based FIHAN, which means “reveal” in Yoruba, one of the languages ​​he spoke growing up in Lagos, Nigeria.

The Minneapolis Park and Recreation Board unanimously selected FIHAN Design + Architecture to lead a multi-million dollar renovation of North Commons Park in Minneapolis, a popular but aging park near North High School. Plans are underway for a community center, aquatic center, sports fields, skating rink and an amphitheater.

Community members who advocated for a revitalized North Commons Park also participated in the selection process and also unanimously chose FIHAN. Other minority-owned businesses will be involved in various aspects of the renovation, from mechanical engineering work to outreach to community engagement. If fundraising is successful, construction could begin in late 2023 and the park could be ready for use in 2025.

Although this is Wale’s first experience on a park project, he has embraced life as an architect in Minnesota: He and his wife recently completed several DIY renovations on their 1937 home in St. Paul, and he helped design and create a public art project dedicated to curling.

Sahan Journal spoke to Wale, 40, about his journey from training as an aspiring architect in Nigeria to becoming Vice President of the Minneapolis – St. Paul Chapter of the National Organization of Minority Architects.

The conversation has been edited for length and clarity.

How did you end up in Minnesota?

My mom had friends in Minnesota, so when she was looking for a place with better economic opportunities, Minnesota seemed like the right place because of her connections here. The whole family came in 2000. In 2001 I went to MCTC [Minneapolis Community and Technical College] for about a year, then in 2002 I transferred to the University of Minnesota to study architecture.

What does your business name mean to you?

For me, my experience growing up in Lagos has helped me learn to appreciate things that we sometimes take for granted. I believe you can find beauty in the simplest things. I believe there is more to see and learn from the things around us. Fihan means “to reveal”. The idea is that by looking closer and engaging people, we can see the beauty in the simplest things, things we might take for granted.

What is the impact of your childhood in Lagos on the aesthetics of your design?

My father was a designer for a large telecommunications company in Nigeria, so he was the one who introduced me to architecture. I love to draw and I was very good at science, especially physics.

Lagos is a very big city, one of the biggest in the world. The largest metropolitan area has about 17 million inhabitants. We grew up on the mainland and the island is the commercial district. So when we went to visit my father at work, we drove on the bridge.

Nigeria was colonized by the British, so there is a great influence of British architecture that was still there. And at one time slaves were traded from Brazil to Lagos, so there is a Brazilian influence on the architecture. There’s a whole mix of design and construction types. It’s very eclectic and very colorful.

And then there’s a community right on the edge of the lagoon called Makoko, and every time I drove over that bridge, you could smell the stench of life on the water. The houses were on stilts and you could smell cooking, human waste. That fleeting moment of driving on the freeway over the bridge is etched in my memory to the point that when I was doing my thesis project at U in grad school, I decided to focus on this community.

The conclusion I have come to is that most architects will approach it with the following lens: “They need housing, so let’s build new, beautiful, modern housing.” But my research shows that was not the case. They don’t need nice houses; they already factored in the unique way their homes were on the water with a 5-foot tide difference, and they even created a water playground using sawdust and wood.

My proposal was to create an intervention – community gathering nodes that would provide sanitation and water hubs, like a communal water cooler. There were five different interventions that were connected by a bridge. It was my proposal – it won a few awards at the U and an international award.

Will all of this apply to the North Commons project?

We are just getting started. I come to this project without a personal agenda. The idea is to listen carefully to what the community wants and engage in a very collaborative process. This is where we believe our work lies: in rigorous community engagement.

I teach at Dunwoody [College of Technology] so I’ve been doing that for the last eight years: the idea of ​​getting to know people, talking to them and engaging with them. I believe everyone has something to bring to the table. As an architect, you can put those conversations on paper and in reality, and end up with something tangible.

What are your favorite types of projects?

The project I enjoyed working on the most was a residential project, due to its personal nature. It tends to be more intimate than most commercial projects and you get to know people on a personal level. [Commercial] projects don’t become as personal as residential projects, and when you’re able to really know what people want at that level, with mutual respect, it’s rewarding. We seek the same level of commitment at North Commons.

How did the Art Shanties curling club project come about?

The company I worked for was in White Bear Lake, and we decided to do something for the Art Shanties. The Winter Olympics were happening and people here love curling. The inspiration was based on the interaction of wind and snow on a hill and the formation of snow covers. The idea of ​​snow dunes in our landscape. The white fabric was the same plastic used for winterizing boats.

What have you learned from renovating your own home?

It’s a lot harder than it looks. And it saves a lot of money, especially as a designer. When we bought this house, we had some money left, but not enough for someone to redo the bathroom. We had a desire for unique details and some beauty, so my wife and I decided to build it ourselves.

We have lived here for five years and I learned a lot about cabinetmaking.

You are a new dad. What do you think about the birth of your son in Minnesota?

We are so excited to have her in our lives. There is trepidation when you know what it means for a black boy to be raised in general here and the struggles. But at the same time, he will have access to more opportunities than me in Nigeria. I’m still trying to navigate and figure it out.

When I am awake, I work. I think that’s how I could use that time effectively.

What do you think of the future of architecture in Minnesota?

I would say one thing that has shown promise and that excites me is the growth and opportunities that are beginning to be available to minority architects in Minnesota. It really wasn’t the case in the past. Even as an undergrad in 2002-2004, and when I returned for my Masters in 2008, there were few color makers I knew of. But in the past three years, there has been more hope, more promise.

I always wanted to start my own business, but I didn’t know if, as a black immigrant from Minnesota, I could succeed. But the last three or four years have given me some hope.

The end of the ski slope map?