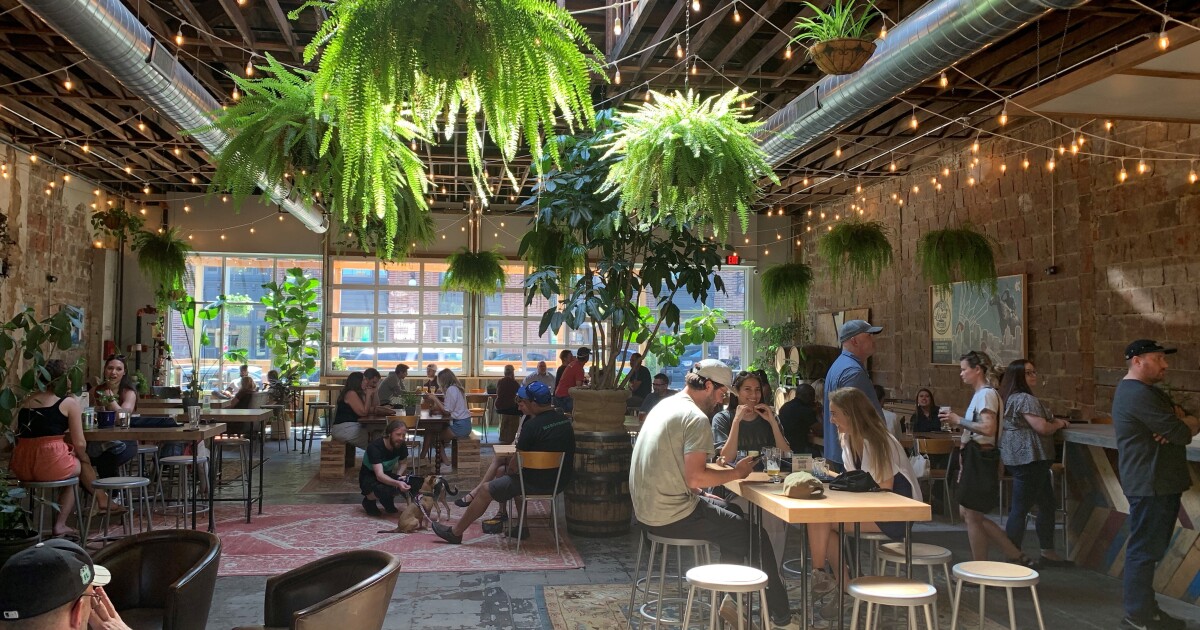 Need to freshen up? Try Some of Kansas City’s Craft Breweries, Distilleries and Wineries | KCUR 89.3

This story was first published in KCUR’s Creative Adventure newsletter. You can sign up to get stories like this delivered to your inbox every Tuesday.

It’s August, the Sunday of summer, and we really feel like we’ve reached a peak in terms of rising temperatures – the result of a “heat dome” over much of the southwestern and central United States.

Either way, Kansas citizens seeking shelter from the scorching sun might find refuge at one of the small wineries, breweries, or distilleries listed below.

August also brings summer travel, or perhaps an influx of friends and relatives from out of town. Of course, Kansas City has a lot to offer when it comes to large-scale breweries. Boulevard—and its beautiful brewing space on Southwest Boulevard—comes to mind. (Shout-out Tank 7.)

KC is also home to J. Rieger & Co. and Tom’s Town distilleries in East Bottoms and Crossroads, respectively. But if your group wants to hang out in more intimate places, we’ve curated a collection of five small liquor providers.

This is by no means an exhaustive list – luckily for us, Kansas City is one of the “fastest growing craft beer destinations in the nation.” Let’s toast to that!

Crossroads seems to be the poppin’ destination for crushed grapes and distilled spirits, and Kansas City Vineyards totally lived up to the hype.

As a favor to all of us, the winery and tasting room served alcoholic slushies to take away amid the chaos of the pandemic. Drinks were presented in flexible plastic pouches, each attached to thin, crispy breadsticks wrapped in plastic. Snacks are a must if you’re drinking (and hydration is key).

Customers can still take home bottles, like the signature semi-dry 2019 Crossroads White Blend or Crossroads After Dark, a dry red with hints of vanilla and a 50/50 fusion of Chambourcin and Norton grapes.

Located in one of the historic limestone buildings at 2000 Vine Street – across from the City Workhouse Castle – the brewery sits on the edge of Kansas City’s 18th and Vine District, allowing for a creative junction of black art, music and craft beers.

Musician Kemet Coleman and brewers Woodie Bonds and Elliott Ivory have worked hard to make their dreams come true, calling their brewery “a steward of the city’s rich cultural heritage and potential, as well as an attractive safe space that welcomes all “.

Vine Street Brewing already has an assortment of eye-catching products available for purchase, including tie-dye and rainbow tees, as well as tote bags, hats and embroidered patches. The brewery has partnered with several local microbreweries and recently teamed up with Boulevard to collaborate on the malty and fruity Street Sign Stingo, which now pours into Boulevard’s Beer Hall while supplies last.

If you are looking for innovation and experimentation, consider giving Lifted Spirits Distillery A try. The Crossroads staple is known for walking on the wild side, even listing “tinkering with tradition” as one of its strengths. Frankly? Same.

Take the freshly bottled Jalapeño & Herb Infusion Vodka for summer, for example, with classic notes of mint, herbs and green pepper, and unusual notes of sandalwood, palo santo and hay. Imagine all this with a little lime juice and simple syrup.

Although, perhaps parts of the Lifted Spirits experience stick to convention. Customers can try the distillery’s version of Absinthe Verte, the very first absinthe distilled in Kansas City. In the tasting room, it’s prepared the traditional way, using a brouilleur – or “brouilleur” in French – to run ice water into glasses of green liquor.

For $4 you can take a tour of the distillery, “discovering the process of creating spirits of intricate beauty”. Lifted Spirits was originally a stable for the Smith Brothers Steam Bakery, and the second floor of the building stored food and litter. As always, history has a hand in Kansas City culture.

To swirl and sip vino at Amigoni Estate is to be a sophisticated human. Still, the vibe inside the former Daily Drover Telegram building is approachable and unassuming. You might recall that the winery was featured in seasons three and four of “Queer Eye,” when the Fab Five came to Kansas City.

Located in the historic Stockyards district, Amigoni uses traditional European grape varieties to create its Cabernet Sauvignons, Chardonnays and Viogniers. And these are just a few available for purchase and tasting.

The winery uses grapes from the northern part of California’s Central Valley to create some of its wines, but also harvests from its own vineyard, just 60 miles east of the town of Centerview, Missouri.

Amigoni also does much of its own production – crushing, fermenting, barrel aging and bottling the whole bunch fruit at its West Bottoms factory. The first vines grew in Michael and Kerry Amigoni’s garden in Leawood, Kansas. Rather charming, no?

What’s better than a cold beer? Cold beer with a cause. Pull a stool Casual Animal Brewing Co. and take part in the microbrewery’s “Give Back Tap,” which it calls Local Motive. Every two months, the Local Motive beer changes and $2 from every pint sold is donated to another local nonprofit.

Casual Animal has a solid snack menu, but guests are welcome to bring food or have orders delivered to the space. On Thursday evenings, you can enjoy tacos, elotes and tetelas offered by Tacos Valentina, a pop-up shop that operates in different spaces, including Casual Animal.

Plus, you can fill a 25-ounce “crowler” for $9 — instead of using glass, the microbrewery pours them into recyclable aluminum cans, so you could theoretically take one to the pool. The laid-back animal is also an accommodating animal.

In the spirit of Kansas City – and especially Crossroads – you might notice the extensive dining room art, all done by Kyle, Casual Animal’s head brewer, who worked as a graphic designer in a past life. . Have you ever stopped being a graphic designer? No.

Plus, there’s a deliciously crisp hard cider on tap right now. It’s called Vipers in the Garden and it’s the perfect drink to help you escape the summer heat.

A walk through Chinatown’s forgotten history of struggle and resistance