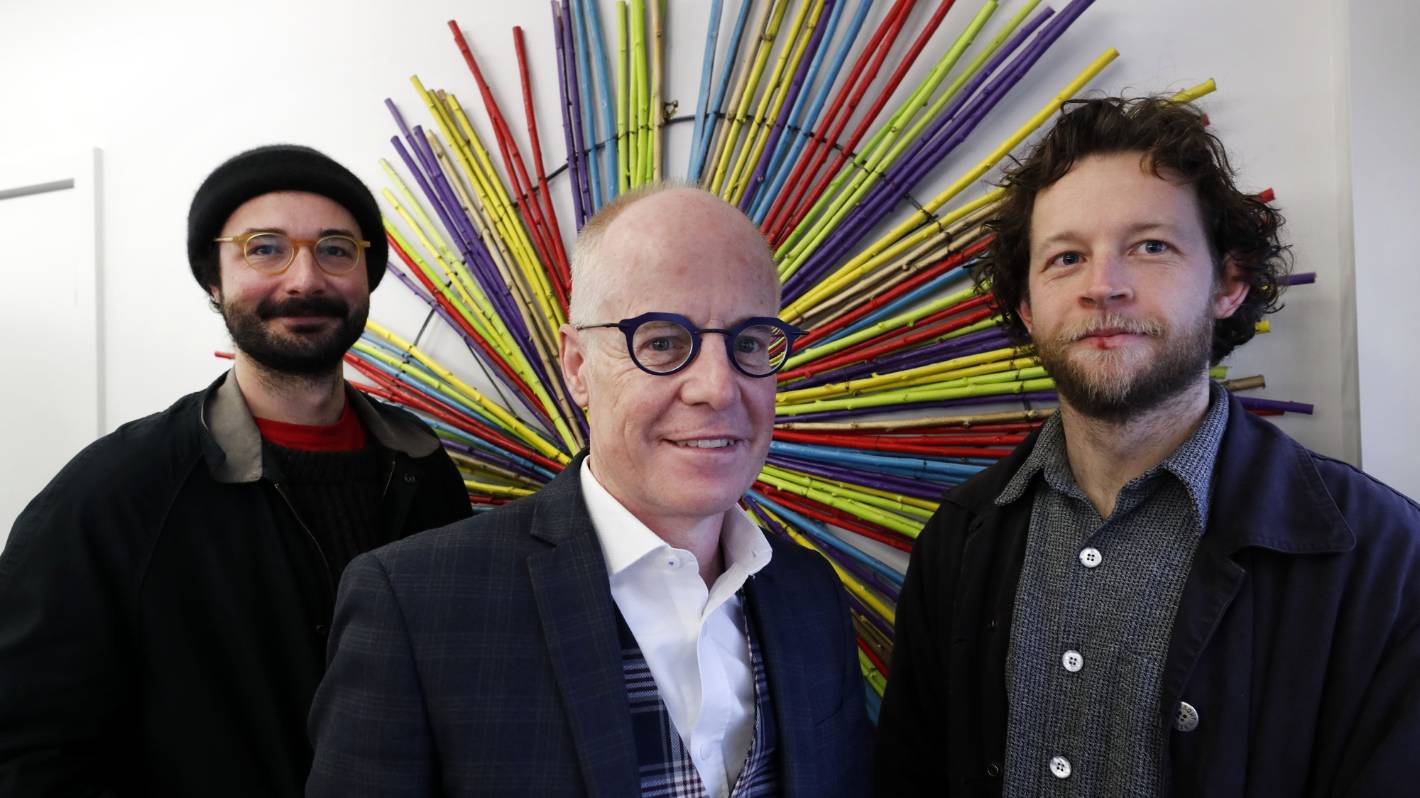 When ceramists Jamie Smith and Tom Baker started Kiln Studio, they found themselves fumbling around on the commercial side.

Things like lawyers, business plans, and accounts were all an alien world to creative thinkers.

“We didn’t really have any commercial bone in our body,” Smith said.

Today, they are among the first installment of people to sign up for Art / Work, a new mentoring program to help artists develop skills to leverage their creativity.

The Nelson program is one of three two-year pilot projects across the country implemented by the Ministry of Social Development and the Ministry of Culture and Heritage of Manatū Taonga.

The pilot projects aim to help creatives develop the non-creative skills to be financially viable in the field of their choice. The other two pilots are in Auckland and Waikato.

In Nelson, the program is managed by the Nelson Tasman Chamber of Commerce, headed by Creative Career Advisor Stephen Broad-Paul.

“It certainly doesn’t help them to be creative, it helps them turn this into a profitable business,” he said.

There were already 59 people registered with the device, with a target of 90 within two years.

The creative skills of the participants covered a wide spectrum, with artists, printmakers, artists, writers and graphic designers among them, he said.

As needs varied – with key areas of help being business planning, finance, and networking – a key theme was giving artists the confidence to turn their passion into a business.

“A lot of them lack confidence in the business side and how to value themselves and their art.”

Often the starting point was to focus participants on a goal and figure out how to get there, he said.

“Creative people have a lot of ideas, and he tries to showcase them.”

In addition to one-on-one mentoring, there would be workshops and participants were made members of the Chamber of Commerce while they were in the program, he said.

Smith and Baker run Kiln Studio, a workshop space for ceramists that also runs workshops for people wishing to learn the art. They also run the Origin gallery.

Creative arts therapy has fueled Stephen Cook’s passion for art and he hopes to eventually use his skills to help others. (First published June 3, 2021)

In many of their initial conversations with Broad-Paul, they were puzzled by business matters, with long-term business planning being a big part of the conversation. But they were now planning with more confidence, they said.

“I also don’t know how to throw a piece of clay,” Broad-Paul points out.

The duo plan to turn their business into a community space for ceramicists.

“Our friends are all creative and we’ve always talked about starting a school,” Baker said.

“Jamie and I are now the founding fathers of the school. “

That would be the continuing benefit of Art / Work, said Broad-Paul. Participants pass on the skills they have learned to others.