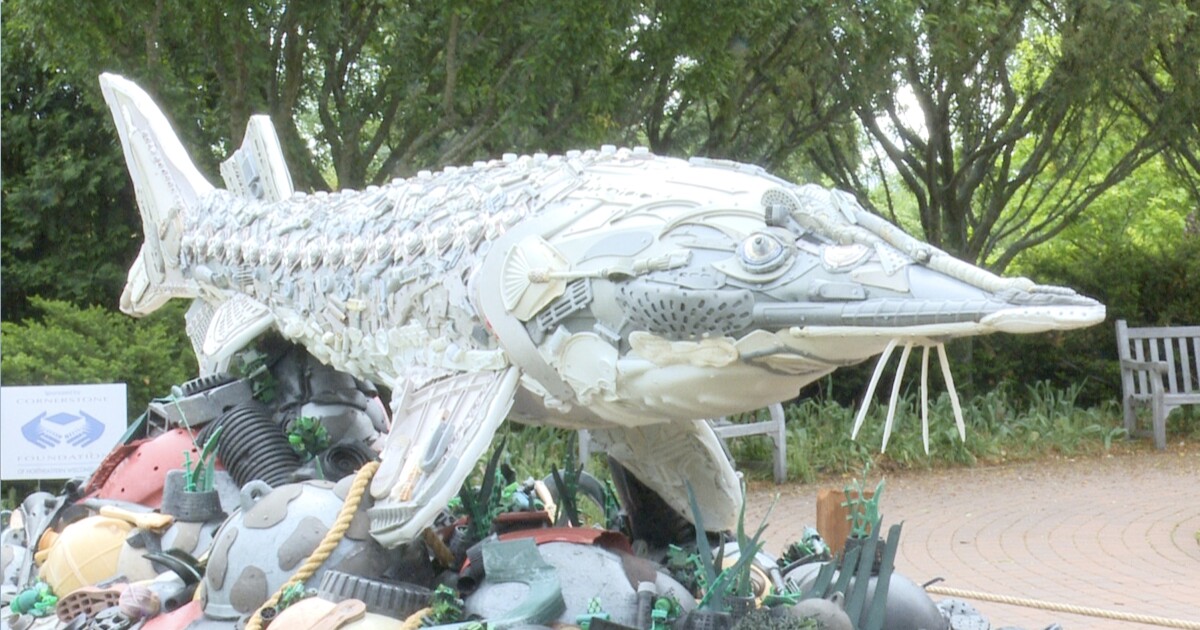 
GREEN BAY (NBC26) – The ‘Washed Ashore’ exhibit arrived at the Green Bay Botanic Gardens earlier this month, but before that it had already been to some of the country’s most famous museums and aquariums.

The exhibition features sculptures of marine animals made entirely from debris found in bodies of water. It has been featured at the Smithsonian National Museum of Natural History, SeaWorld Parks in Orlando, and Walt Disney World Resort in Florida, to name a few.

The show all started with Angela Haseltine Pozzi, an artist and nature lover from Portland, Oregon.

“I was very lucky to be raised by two professional artists and also people who love nature very much, so that has always been part of my upbringing and my love of life,” said Pozzi.

In addition to being an artist, Pozzi is also an educator at heart. She pursued her bachelor’s degree in education at the University of Utah and a master’s degree from Portland State University with a specialization in arts education. During her 30 year career as an educator, she has taught at several levels, from elementary to college.

Then in 2002, Angela’s life changed when her 25-year-old husband Craig Pozzi died of a stroke.

“I was really in mourning and didn’t know what to do and I always loved the ocean so I decided to move to the ocean and try to figure out what to do with my life,” said Pozzi.

In 2010, she founded the non-profit organization Washed Ashore with the aim of using art to raise awareness about plastic pollution that harms oceans and lakes. She says that for her and for other volunteers, the artwork is therapeutic.

“We have volunteer workshops where people come and work on small parts of the sculptures which are then given to artists and then put to the bigger work,” Pozzi said. “It’s a really calming place for people where we can all come together and work on something with a common goal.

Over 14,000 volunteers have worked with Washed Ashore since its inception. They processed over 30 tonnes of debris to create over 85 animal sculptures that make up the Washed Ashore exhibit. The Green Bay Botanical Garden is currently home to eight.

You can visit the Washed Ashore exhibit at the Green Bay Botanical Garden until September 26. You can also visit WashedAshoreDesign on Etsy where you can purchase accessories made from marine debris.