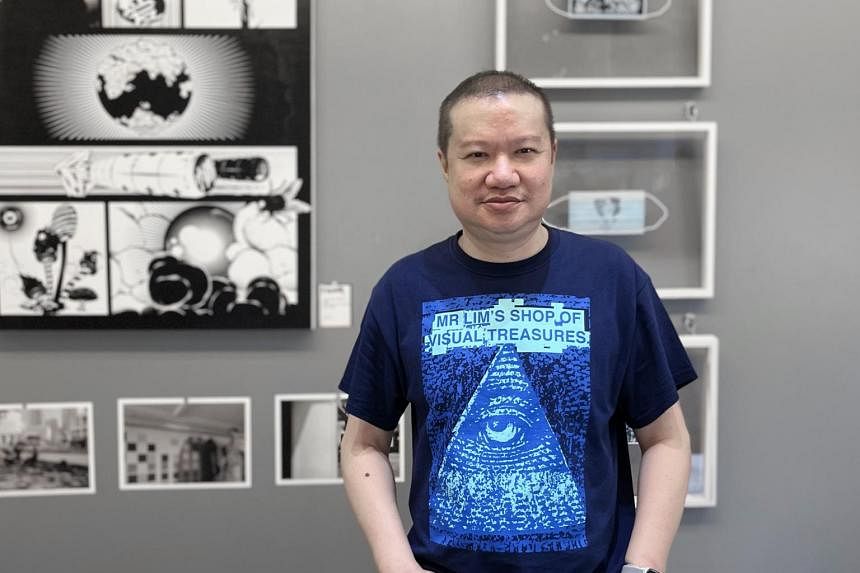 SINGAPORE – A big star in the art world, Ai Weiwei, will make a small mark here in a tiny gallery.

The renowned, sometimes controversial Chinese artist has three face masks with prints of his work on them for sale at a 330 square foot art gallery called Mr Lim’s Shop Of Visual Treasures, which is not even a year old.

The masks, along with a selection of works by Singaporean artists, are part of an exhibition called Fools.

Inaugurated on April 1, April Fool’s Day, the exhibition was organized by gallery owner Lim Chiao Woon, 51. His main objective for the exhibition is to increase awareness of Singaporean artists.

To do this, he asked Ai, a personal friend, to lend his name to the show. The artist agreed and provided three face masks from a 2020 series. The only condition was that any proceeds from the sale go to rights group Amnesty International.

The two met in 2011 in China after Mr Lim introduced himself via Twitter. A haircut from the 64-year-old artist – who cuts people’s hair as a hobby – sealed their friendship when they reunited in 2014.

Mr. Lim was previously regional creative director in charge of advertising and branding for a multinational company. But he quit the corporate world after being diagnosed with cancer in January last year. Passionate about art since always, he decided to open a gallery in July of the same year.

Given his background in advertising, one would expect a publicity stunt involving people like Ai from Mr. Lim.

What isn’t, however, are the other works on display. For Fools, he sought out Singaporean artists who were unfamiliar to him, but were instead recommended by his artist friends and contacts.

The gallery is tiny, but the works on display are also small, including one that is a repurposed pocket watch.

Many of the 14 artists on display are in their early twenties, and the exhibit looks like a graduation show. The finely airbrushed artwork of 23-year-old JiHyun Kim is mounted on foamboard. Unframed Macbook camera photos by brothers Lim Zeharn and Lim Zeherng, both 23, are pinned to the wall.

Although Mr. Lim may have asked for Ai’s help, he hopes that these local artists will also become famous one day. “We should have our own stars – people who pack museums, break auction records and inspire millions with heartbreakingly beautiful creations made in Singapore.”