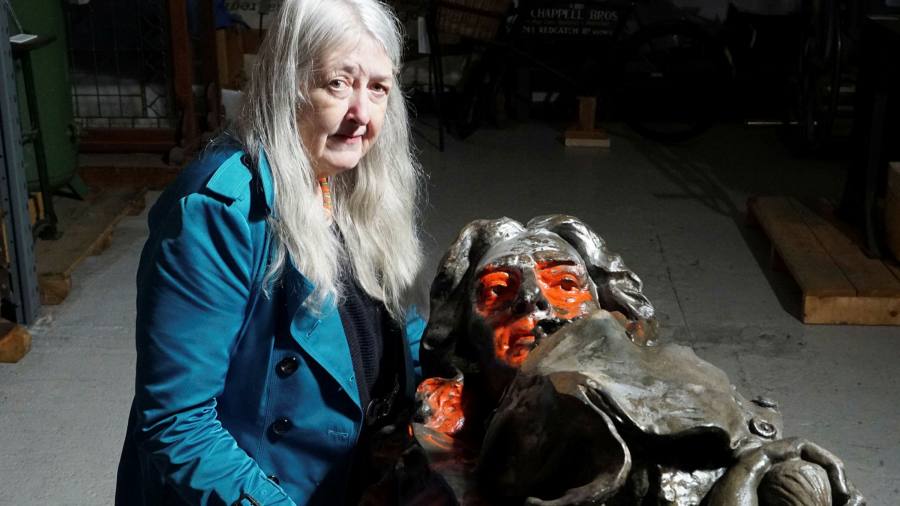 Despite all the recent talk of the rise of “cancel culture”, it seems to have escaped many that so-called cancel has always been an indelible part of culture. Since ancient times, works have been censored, boycotted and destroyed. The only variable over the centuries is precisely what is deemed too profane or dangerous to see.

The Forbidden Art of Mary Beard, a gripping new two-part documentary from the BBC, shows that there is nothing more revealing about an era or the values ​​and anxieties of a society than the art it desperately seeks to hide. By examining a diverse collection of works that have caused strong reactions and outcry, the historian explores how the limits of acceptability have been gerrymandered over the past 2,000 years. She identifies taboos that have long been outdated and those that have remained constant sources of controversy.

Throughout his detailed and enthusiastic interpretations of paintings, sculptures, statues and performances, Beard never tries to judge what makes “good” art, nor does he suggest that to admire shocking art is to be more (or less) enlightened. In fact, the program is arguably more about human psychology than art – less about drawn lines than where we as individuals and societies have drawn the line of what should be displayed.

The first episode focuses on bodily matters and is not for those with weak hearts or closed minds. It examines changing attitudes towards graphic representations of the human body and the function of suffering in art. While contemporary viewers might mock previous generations for being scandalized by the nudes of Henri Gervex and Amedeo Modigliani, we in turn are much more sensitive to depictions of death and decadence. Where death masks and photographs of the deceased were prevalent in the Victorian era, today work such as Daphne Todd’s beautiful but unsanitized painting of her mother’s mottled corpse can find no permanent place to be displayed. .

Sex, bodies and scatology give way to politics, iconoclasm and eschatology in the equally compelling second installment. Here, Beard tackles hot topics such as the removal of public monuments – with particular emphasis on the toppling of the statue of slave trader Edward Colston in Bristol – and the freedom to satirize religious figures. His sensitive and thoughtful approach encourages us to look beyond the binaries to which these issues are often reduced.

In addition to challenging us and examining his own instincts, Beard also interviews Tracey Emin and Marcus Harvey (no strangers to controversy) to discuss the ethical responsibility of artists who choose to produce work that may disturb or upset viewers. Interspersed throughout the program are shots of audience members and their reactions to some of the provocative works discussed. Their opinions are often illuminating, but the close-ups of their facial expressions are almost works of art in themselves.

What to do this week, from Black History Month events to Chinese New Year celebrations