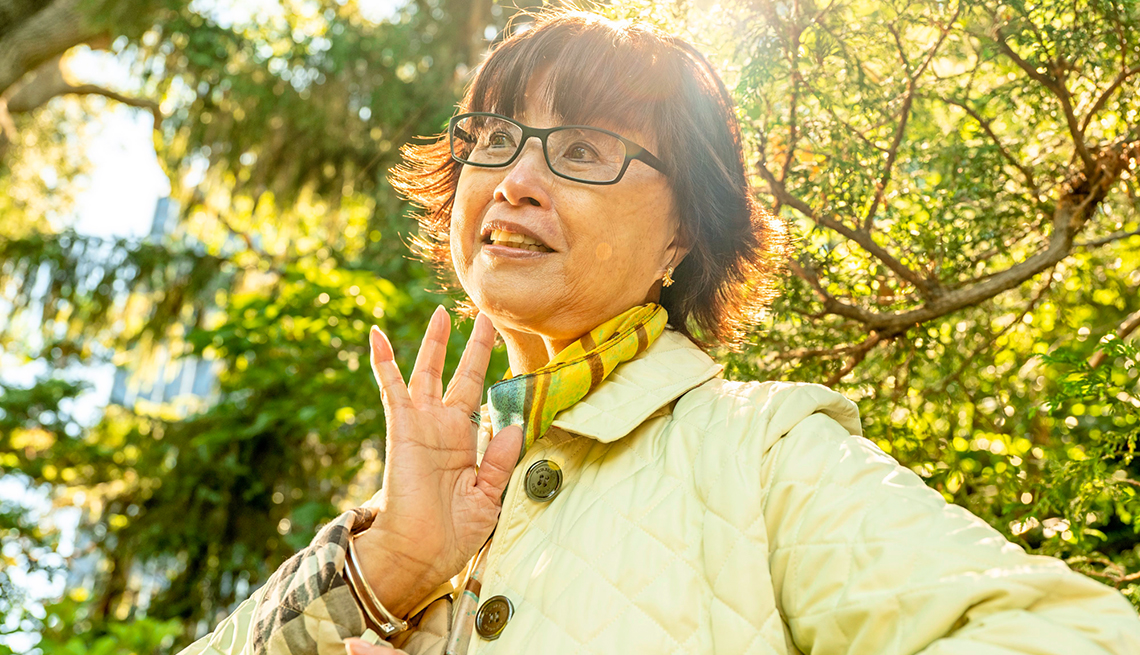 The first time I saw Chinese opera, I was hooked. It was in Hong Kong, where I grew up, and my mother was performing as an amateur in a charity event for the local YWCA. I was 6 years old and I was asking for lessons. Although the training is very hard, I had the chance to study with a world famous star, Yim-Hing Law. At 95, she still travels to the United States when she can to see me play.

I devoted myself to my training. My parents, however, didn’t want me to try to make a living as an opera performer, so they sent me to college. I started a career at Cathay Pacific Airways, where I worked as a secretary, then a flight attendant, then an executive trainer. In 1988, I moved to the San Francisco Bay Area and took on a fundraising position with Self-Help for the Elderly, which provides nutrition, health and housing. (I recently retired from that job and moved into a volunteer fundraising role with the agency.)

Ma in makeup and costume for a performance with Hong Kong opera star Xiao Ming Liang in 2019.

But I missed the opera. In 1997, I founded a Chinese opera troupe, Duen Fung Ming, in the Bay Area. Its mission is to educate future generations of artists – of all ethnicities, not just of Chinese descent – ​​and to bring art to a wider audience in the Western world. The troupe currently has over 60 volunteers, including performers, musicians, the backstage crew and an audiovisual production team. I direct, choreograph and produce our performances, and each serves as a fundraiser for Self-Help. In 2019, just before the pandemic, we raised $200,000 for the agency. We had to take a break due to COVID, but we did a virtual performance last year and hope to do an in-person performance in November, pandemic permitting.

What I love about Chinese opera is the beauty of the performance and the stories, which are drawn from Chinese history and mythology. It is a physically demanding art, not only because of all the movements but also because of the weight of the costumes. To wear a crown, you have to wrap three or four yards of ribbon around your head for support – so the crown stays in place through all the wild moves.

Now that I’m older, it’s much more difficult to do certain acrobatic moves, like kicking, jumping, and one-legged bends. But I still love the opera as much as I loved it the first time I saw it.

Josephine Ma, 75, is a volunteer fundraising consultant in Hayward, Calif., and founder of the Duen Fung Ming opera troupe.