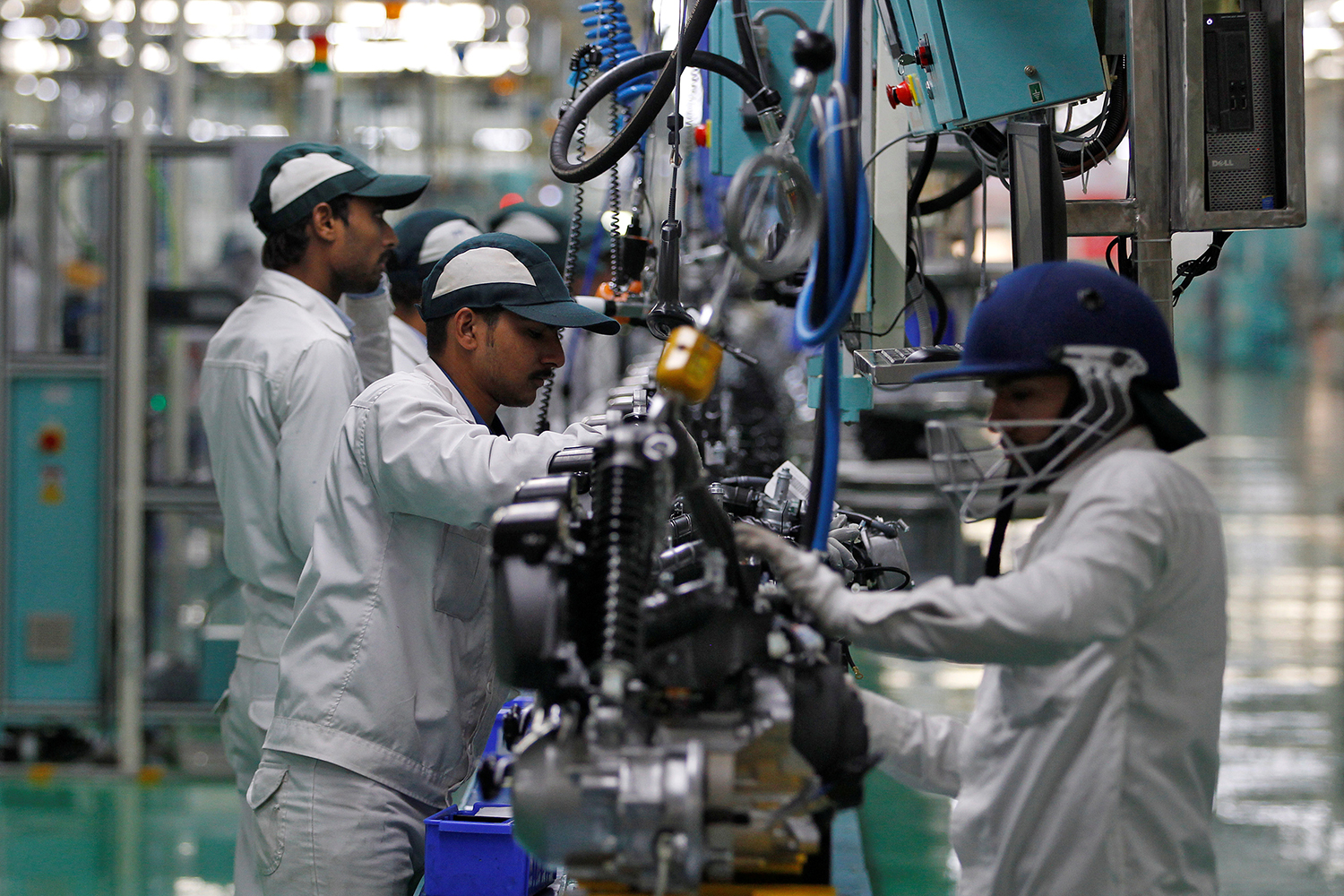 Indian Prime Minister Narendra Modi announced a new national initiative to achieve “Atmanirbhar Bharat” or an “autonomous” India. As part of this vision, he argued that “today there is an urgent need for India to play an important role in the global supply chain”. He also specified a number of new political priorities such as a “rational tax system, a simple and clear rule of law, good infrastructure, capable and competent human resources and a strong financial system.“ In order to “put India back on the path of rapid development”, explained the Prime Minister, “five elements are very important to build an autonomous India: intention, inclusion, investment, infrastructure. and innovation ”.

While self-sufficiency could be interpreted as inward-looking or protectionist, the emphasis on India’s link to global value chains suggests a different approach. India’s Minister of Trade and Industry explained at a recent export conference that the idea “is not only greater autonomy, but also engagement with the world from a position of strength. India should be seen as a reliable partner and reliable friend in the global market, especially when global supply chains are in crisis. [a] rejig… We should speak from a strong position, be competitive and deliver quality products to the world.

An important part of the economic dimension of “Atmanirbhar Bharat” is to increase the competitiveness of Indian production and to establish links with global value chains (GVCs). This implies the need to turn away from protectionist policies, while drawing lessons from the new industrial and trade policy. A new policy approach is needed to increase global connectivity and improve competitiveness at business and industry level. To improve global business opportunities, policy measures must effectively strengthen India’s links with GVCs and “lead firms” (ie companies that manage GVCs) and facilitate large-scale investments while promoting domestic production capacities.

According to the Organization for Economic Co-operation and Development’s Global Value Chains Indicators, in 2015 India’s total participation in GVCs was 34%, compared to around 62% for world leader Singapore. Other economies such as Malaysia, Taiwan and Vietnam exceed 55%. While India lags behind these neighbors, its participation is actually about the same as that of China (around 35%). Despite this low percentage, China is considered at the heart of GVCs due to the high value of its exports. In 2018, China’s merchandise exports were 7.6 times that of India. Therefore, even with a similar GVC participation rate, China’s absolute level of GVC participation is several times that of India. Likewise, Vietnam has achieved very significant growth in GVCs thanks to a rapid increase in exports. The ratio of Vietnam’s merchandise exports to India’s exports increased from 30% in 2010 to 80% in 2018.

The focus on exports and GVCs generally go hand in hand, and if India is to strengthen its ties with GVCs, it will need a facilitating import policy, in addition to several other policy measures. Sustained improvement in national competitiveness is the key to increasing both exports and participation in GVCs. The policies mentioned by the Prime Minister in his “Atmanirbhar Bharat” announcement mainly aim to do just that.

“Global” value chain transactions involve both exports and imports. By definition, a country’s (upstream) GVC participation increases with an increase in the share of imported inputs / components in its exports. Thus, protectionist policies that restrict imports reduce participation in GVCs. Protectionist policies have nevertheless been implemented in India and other developing countries in the hope that they could attract foreign direct investment (FDI) from leading companies to increase both domestic production and exports ( that is, by joining forces with CVMs). However, in a large economy like India, the main focus of producers operating under a protectionist regime is not on exports, but on the domestic market which is easier to access. Import protection leads to increased costs, as inefficient inputs are produced locally, while those that cannot be produced locally lead to higher tariff costs. GVCs and exports require profitable products, and import protection stands in the way.

If FDI is to focus on exports, it needs political support with initiatives that reduce the cost of production. Countries that have transformed to become major centers for GVCs have used policies to improve operational conditions (including facilitation of imports and exports), incentives / subsidies, focus on priority sectors / product areas selected, special incentives for large and technology-intensive investments and domestic ecosystem development to dynamically enable connection with GVCs. These multiple initiatives need to be complemented by policy coordination mechanisms between ministries / departments, and central and state governments. A coherent and rapid problem-solving approach is required with high-level supervision and periodic monitoring to ensure effective policy implementation.

Each major CVM node has its own value chain with several hundred parts and components and corresponding inventory requirements. The leading company that manages GVCs emphasizes rapid product turnover of companies participating in the value chain, with consistent quality and standards, and competitive profitability. In this context, delays due to policy and infrastructure translate into a double negative impact. They reduce the operational efficiency of the value chain by disrupting inventory planning and increasing inventory operating costs. Uncertainty and increased costs make it difficult to meet the terms of existing contracts (including export contracts), and leading companies are looking for other suppliers elsewhere who can be more reliable to provide products with a higher price. great speed and better profitability.

Comments from exporters suggest that there are common areas of concern across most sectors, for example a need for rapid clearance for Goods and Services Tax and customs, as well as more streamlined systems for both policy areas. . Two other major common concerns are the ineffective implementation of support policies and a conflict between the main objectives highlighted by the different implementing agencies relevant to GVCs. Improved performance will only be achieved if exports and promotion of GVC linkages are treated as a national priority. As mentioned above, this requires an open and facilitating trade policy that enables profitable imports, rather than blocking them.

GVCs and leading companies are also seeking easier access to overseas markets to level the playing field with other countries that have better access through Free Trade Agreements (FTAs) and other types of bilateral or regional agreements (eg agreements to raise and resolve bilateral trade issues). Innovative means must be developed to address concerns relating to FTAs ​​with flexibilities and conditional safeguards. Examples from existing FTAs ​​and the World Trade Organization (WTO) Agreement can provide a first list of options. Even the world’s largest economy, the United States, has had to seek such provisions in its FTAs ​​and bilateral agreements.

The links between CVM and competitiveness suggest an approach which must embody Prime Minister Modi’s vision that: “for us, reforms are not random or scattered decisions. For us, reforms are a systemic, planned, integrated, interconnected and futuristic process. The new “Atmanirbhar Bharat” vision requires an interconnected, integrated, facilitated and open approach, not a protectionist approach.

Dr Harsha Vadhana Singh is a Senior Non-Resident Investigator at the South Asia Center of the Atlantic Council. He was also Deputy Director General of the World Trade Organization from 2005 to 2013.

The centerpiece of the plan, the loan guarantee program, which shifts full responsibility for loan losses from eligible borrowers to the Treasury, appears ill-conceived, however, at a time when the government struggles to contain the budget deficit. Structuring the program to cover the credit and performance risks of the MSME loan portfolios of financial institutions through participation or risk sharing would have been a smarter choice for the government.

Can India turn the crisis into an opportunity?

India is between a rock and a hard place. The lockdowns have not reduced the increase in the spread of the coronavirus and its economy has collapsed. Modi’s new stimulus package is meant to save lives and livelihoods and reset the economy. But, if that will be enough, it will depend on what it contains and especially on how it is implemented.

This SPAC could be the best stock of the decade