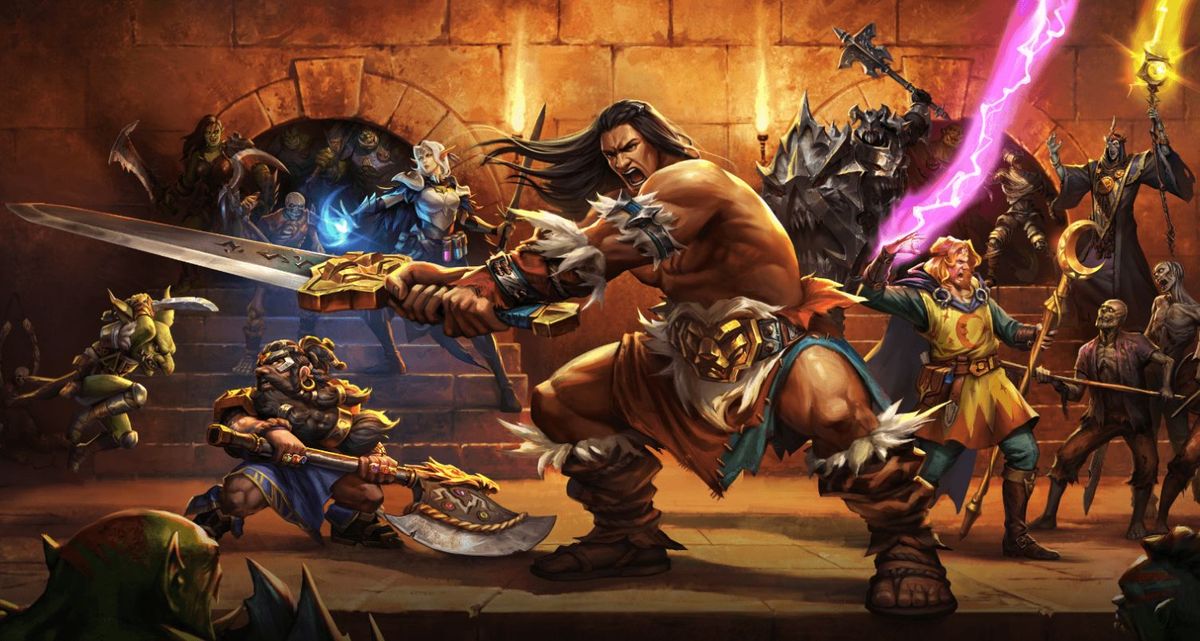 I have mixed feelings about the luxury revival of HeroQuest

HeroQuest was an introduction to the joy of rolling the dice to kill fake goblins that was made in collaboration between Milton Bradley and Games Workshop over three decades ago. It was formative for a lot of baby nerds like me back then, which is why I wrote 1,600 words on the HeroQuest call earlier this year. We’re an adult target market these days, so Hasbro got the expired rights and brought HeroQuest back through HasLab, a crowdfunding platform that’s Kickstarter-like for expensive toys based on Hasbro licenses. The HeroQuest campaign had a goal of $ 1 million. It topped triple, ending with $ 3,721,949 in pledges.

The HeroQuest I got for Christmas 30 years ago was sold in supermarkets alongside Scrabble and cost a lot less than on eBay these days. (Supposedly, the reason Milton Bradley stopped printing it and canceled the final expansions was the high overload of the plastic minis – they sold well, but also the cheaper products to make.) version, although the same game below, is more in-line with the presentation of luxury hobby store exclusives aimed at adults, with a bigger box and high-end miniatures that make the old ones a bit dingy.

The more detailed minis are cool, although more difficult to paint. The originals, while simplistic, were perfect for chopping with your awkward kid’s fingers – small areas of ornamentation surrounded by untextured expanses that you could hit with one or two colors. I think about how much effort it will take to paint the new minis and I know there’s no way I’m going to worry about it. Even the furniture is more chic, all in plastic replacing the cardboard inserts for the fireplace, doors, etc., as well as an opening tomb. The holes for inserting rats and skulls are gone, but you still have rats and plastic skulls to stick on if you want to.

Games Workshop was not involved this time around, so proprietary items have been replaced. One-eyed fimirs are now fish called abominations, Chaos warriors are dread warriors, and so on. The art style has also changed to cartoonish, which is more like Warhammer’s version of Warcraft’s breakfast cereal mascot to me.

The rules are the same as in the US edition of 1990. I expected some adjustments and modernizations, although they were presented as optional rules: setting movement points for players rather than rolling the dice. , for example. Instead, while it’s no longer the kind of game you’ll find next to Monopoly in a supermarket toy aisle, HeroQuest remains aimed at an audience coming from games like this, which is all about having an excuse. to roll the dice and discuss rather than think. , tactical things.

Players who grew up with UK rules may be surprised at the US differences. (If you’re not sure which version you had, the evil wizard was called Zargon in US rules, Morcar if you had UK rules like we did in Australia.) The changes include enemies with regularly multiple body points, cards having more monsters and traps, the evil wizard getting a set of spells and the equipment being slightly different. These differences add up and it becomes less of a competitive game where players work against the grain for the best treasure and more of a desperate co-op experience where dividing the party means loss. This became evident when I played a single player game using the companion app.

My regular group of gamers recently played Forgotten Waters, a board game where everyone is a teammate on a pirate ship. Its companion app recounted our adventures via a player’s phone, reading the story and asking us to make choices as we battled the kraken and sailed through the storms. It was an explosion. But if the new version of Heroquest also has an app, unlike Forgotten Waters, or the XCOM board game, or several other board games that require you to visit the App Store during installation, this is not essential. I didn’t even realize it existed until I opened the box and cooed at every little piece of furniture in the dungeon.

The app replaces the evil wizard, which means that no one in the party should play the villain. You tell him where the players are moving and he tells you where to put items and monsters. If you cast spells on monsters, that determines the result (it’s also pretty strict on line of sight). It tells you where to move the monsters on Zargon’s turn and rolls the dice for their attacks, although you have to roll the hero’s dice on the board – that doesn’t replace everything.

I played HeroQuest on my own for hours as a kid, but it’s a lot easier with an app that tracks things. I thought I ran into a bug because a skeleton didn’t attack, then remembered that I had cast a storm spell on it the previous turn. The app also made me realize that I had a poor understanding of the rules of movement for 30 years. It turns out you can walk through the furniture. I went back to the original rulebook and there isn’t a single word about having to bypass objects.

When the app made an orc jump on a table to attack him, that was a legitimate interpretation of the rules. Another increase in difficulty, not being able to channel enemies except at gates made protecting the wizard more difficult. After initially dividing the group into two, I reunited them for safety, having the elf cast a spell to pass through the walls so that she could save the dwarf from some undead (the elf is now a lady, as are half of the orcs and goblins).

On my way out, I recklessly decided to open a door that I had jumped out and unleashed a pair of Dread Warriors, who each have three body points and require work to be brought down. Running out of spells, I fought an ongoing battle through a narrow passage to the exit, dropping the last of them with a single body point left on all four heroes. I hate to say it, but the fact that I had to roll the dice to see how far I would move each round like it was The Game of Life or something made this finale pretty tense.

Even so, compared to more recent dungeon crawling board games, it felt airy. Games like Gloomhaven and Descent have so much setup time and assumed multi-session engagement that you’re 90% of the way to running D&D. HeroQuest may be aimed at kids – it’s written 14+ on the box, but that seems conservative and I would go with the original’s rating of nine to grown-up – but that means it’s faster to play and can be enjoyed by both children and adults who have been drinking.

I may balk at an affordable family game turned into a luxury nostalgia experience for middle-class Gen X parents, but having a three-beer alternative at Gloomhaven is definitely appealing.