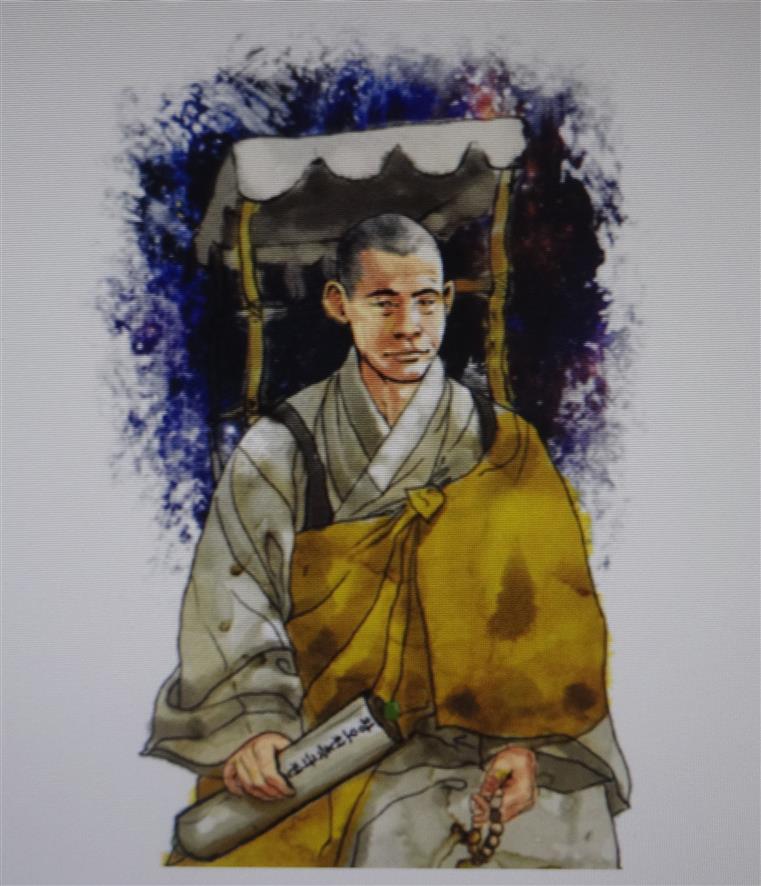 Hyecho was the only Korean pilgrim to visit Buddha’s land: The Tribune India

Looking over the road to my homeland

Under the bright moonlight

My country is located at the edge of the northern sky.

Who would fly to my city, Silla, and deliver my words?

— Hyecho, memory of the pilgrimage

to the five kingdoms of india

You lament the distance to the western border.

I lament the long drive east…

Even birds in flight fear the steep cliffs.

I have never cried once in my life.

Today I shed a torrent of tears.

— Hyecho, memoir of his pilgrimage to India

ONE had, of course, heard of all those Chinese pilgrims/monks who came to ancient India in search of enlightenment and Buddhist scriptures – names like Fa-Hian, Hiuen Tsang, I-tsing come without effort in mind – but never had the name of a pilgrim from Korea entered our consciousness. Interestingly, however, for most of the world this had not been the case either, at least until the early years of the 20th century when Paul Pelliot, the great French archaeologist, stumbled upon a manuscript torn and shriveled as – with enthusiasm and with incredulous eyes, one might add – rummaging through the great treasure of Dunhuang in 1906. It was a diary, a memoir of his travels in India and other lands, by a certain Hyecho from Silla in Korea. The whole story sounds like a fanciful romance, but it’s true: it all really happened.

But from Dunhuang’s treasure first, even briefly. Today the name has great resonance about it – a hugely funded international Dunhuang project is still ongoing – but until 1900 it was hardly known. An oasis town located at the very edge of the Takla Makan Desert in northwest China, on the legendary Silk Road, the place had many caves, some of which had been sealed for generations. Initially, when Paul Pelliot and that other great archaeologist – Aurel Stein – were in the area, nothing of great value was associated with it, but Paul Pelliot discovered, around 1906, that an abbot named Wang Yuanlu held responsible for one of the sealed caves and was willing to let him explore it inside. Inside, he found a corner – a room if you will – completely piled high with ancient manuscripts.

There were, by one estimate, some 50,000 scrolls of ancient manuscripts, written in languages ​​unknown to the Chinese at the time. The abbot, who wanted to renovate the monastery, wanted to raise funds for this and agreed to sell some 6,000 of them to Pelliot, who ended up transporting this priceless treasure to France. There is a wonderful surviving photograph showing Pelliot kneeling on the floor of the cave and examining a manuscript by the light of a single burning candle. The discovery naturally caused a stir in the academic world. Today, these manuscripts, according to an available study, are scattered in 29 different museums around the world.

But that’s another story, and we have to go back to Hyecho, the Korean pilgrim, whose only fragmentary manuscript, “Memoir of the Pilgrimage to the Five Kingdoms of India,” was among those Pelliot found. The first folios of the manuscript having been lost, the whole had to be reconstructed in some way. But it was worth it, as his career was certainly off the charts, and his journey was described as “one of the most extraordinary journeys in history” by one expert. Born in Silla, one of the three kingdoms on the Korean peninsula, Hyecho – his Sanskrit name is said to have been Prajnavikrama – first studied esoteric Buddhism in China under an Indian monk named Vajrabodhi, who was struck by the genius of his student whom he describes as “one of the six living persons who have been well trained in the five sections of the Buddhist canon”.

There he was encouraged to travel to India to “become acquainted with the language and culture of the land of the Buddha”. He left in 723 CE. After negotiating Vietnam, Indonesia and Burma en route, he landed in India and headed straight for Magadha, then on to Kushinagara and Varanasi, all sites intimately connected with the life and teachings of the Buddha. He traveled further to Lumbini, now Nepal, and Kashmir, observing, noting things in every place, under all circumstances. In general, his account is written against the background of the decline of Buddhism in India, but nothing was going to prevent him from observing life and visiting the surviving monasteries. In one place, he speaks of the “three kingdoms situated in the northeast of Kashmir”. “The country is narrow and small, and the mountains and valleys are very rugged,” he notes. “There are monasteries and monks, and people faithfully worship the Three Jewels.”

There are some hard-to-follow zigzags in his story, but, overall, he can be traveled to many places with him. “From Kashmir I again entered the mountains,” he wrote. “After eight days of travel, I arrived in the country of Kapisha. This country is under the rule of the King of Gandhara… The dress, language and food of this place are mostly similar to Tokharistan, although there are small differences. Whether men or women, all wear cotton shirts, pants and boots. There is no distinction in dress between men and women. Men cut their beards and hair, but women keep their hair. The products of this land include camels, mules, sheep, horses, donkeys, cotton goods, grapes, barley, wheat and saffron. Again: “There are many monasteries and monks. Ordinary people compete to build monasteries and support the Three Jewels. At present, the curly hair (ushnisha) and relic bones of the Buddha can be seen in the monastery. The king, officials and common people revere these relics daily.

There’s a lot more to Hyecho’s tale than that, of course. But we know that his journey was long. He traveled from India to Afghanistan and Persia, and Arab lands, then through the Pamirs he returned to China. Six years had passed, and loneliness was catching up with him because he was not part of a caravan, no companion was at his side. “I lament the long drive east…” was how he recorded his inner feelings. “I never cried once in my life / Today I shed a torrent of tears.”