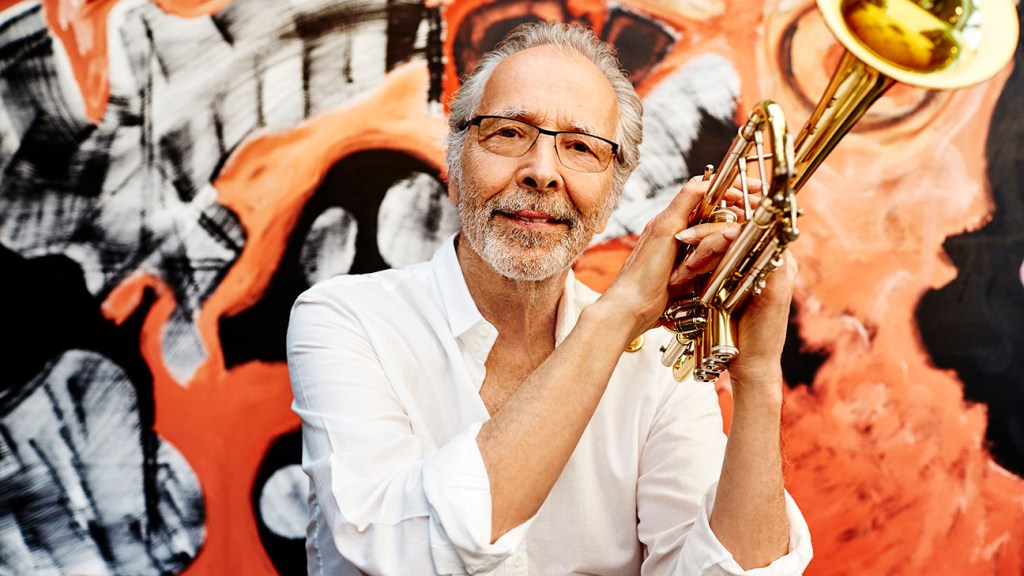 In its 28th year of unrestricted giving supporting artists in a variety of fields, the Herb Alpert Prize for the Arts has announced its 10 winners for 2022, honoring creatives working in film/video, visual arts, music, theater and dance.

“The 10 artists we celebrate this year are explorers, unafraid of the unknown,” says Alpert, legendary trumpeter, multiple Grammy-winning artist and co-founder of A&M Records.

In 2021, the number of awards doubled, a decision that was made during the pandemic in order to increase its support for artists in these difficult economic times. “We doubled the number of recipients,” says Alpert, explaining, “Artists are the heart and soul of the country. As my friend Sir Ken Robinson says, “Creativity is as important as literacy”. This whole country and this world has been developed by creative people and creativity is a big deal.

Each award is selected by a different panel of three judges who are experts in their field and Alpert takes no part in the review process. “I stay in my own lane – I paint and I sculpt and I make my music,” says Alpert. “I want [the awards] be completely legitimate. It was chosen by some really qualified people and they review the awards pretty thoroughly and I’m still happy with the outcome.

“The ten artists, each with their own unique voice, share a number of factors: they work across genres; they see the audience as participants; they provocatively connect the past to the present to imagine a new future,” said Irene Borger, director of the Herb Alpert Award in the Arts, in a statement.

The awards were created by Alpert and his wife, singer Lani Hall, who are the founders of the Herb Alpert Foundation, which since 1985 has given more than $200 million to philanthropic causes.

Each winner receives $75,000 in unrestricted funds as well as a residency at CalArts, which administers the award. Notable past recipients of the award include performance artist Taylor Mac, playwright Suzan-Lori Parks, and artists Carrie Mae Weems, Kerry James Marshall, Cai Guo-Qiang, Sharon Lockhart, and Simone Leigh (the first black woman to portray the United States with a solo pavilion at the Venice Biennale.)

The awards will be officially presented on Wednesday, May 4 in a virtual event starting at 2:00 p.m. PT.

Alpert, who turned 87 on March 31, spoke further with The Hollywood Reporter on his current plans, what Sam Cooke taught him and on his next concert tour, after canceling “a slew of concerts” in the middle of the pandemic. the the tour starts June 2 in San Diego at Humphrey’s Concerts by the Bay and includes an evening at the Broad Stage in Santa Monica on December 17.

THR also takes a look at the award finalists.

So you’re back on the road this year.

My wife and I are doing 52 concerts this year. In fact, we are booked until 2023. We are going to London where we play at Ronnie Scott. I’m looking forward to that one. It is a famous jazz club in London. Everyone played it – all the big ones and almost the big ones. And we have already had to postpone it twice. It has been sold out for two years now.

How is your show?

It’s very spontaneous even though I’m doing a Tijuana Brass medley and my wife who is a world class soloist, she’s doing a little Brasil ’66 medley and a few other songs. It’s a little tight and loose at the same time. I’ll be playing the Tijuana Brass medley pretty much how people would like to hear it and other than that it’s pretty spontaneous. It’s not clean and orderly. It is what it is when it happens.

Are you working on a new album?

I brought out one [2021’s Catch the Wind] and I am at the tail of another. This is what allows me to function properly. I love making music. I love to play the trumpet. I’ve been doing it since I was 8 years old and it’s a passion. I don’t do it for any other reason. I became the public of my own work. I continue where I can get to that place where it makes me feel good.

I learned from Sam Cooke years and years ago – although he didn’t really teach me that – it had to feel good and he was very spontaneous. He was very [about that]. He used to carry a notebook with lyrics and every once in a while he would come up to me and say, “What do you think of these lyrics?” He showed me those lyrics and I thought, “That’s the most cheesy thing I’ve ever seen.” [The lyric was] “The Cokes are in the cooler and blah blah blah”, you know. I didn’t tell him how I really felt. But I said, “What are these songs like? What is the melody? And he picked up his guitar and started playing this song [“Having a Party”] and I was like “Holy shit”. He turned those corny lyrics into something truly magical. Sam was passionate about what he was doing. He was sincere. He was genuine. I’ve learned over the years that it’s not what you do, it’s how you do it. I think that’s the art. People don’t listen with their ears. They listen with their soul and heart.

Are you finding a new audience for your music today?

It’s amazing – you’d think it’s the blue-haired ensemble coming at us. It’s the spectrum. I have kids who come to see me and some of my music is on TikTok which is really interesting because a teenager covered a song I did on the album Whipped cream and other delicacies called “Ladyfingers”, which I did 50 years ago. I don’t know if you would call it viral but hundreds of different thumbnails have been made of this song. So it was a really interesting ride.

“Ladyfingers” is completely instrumental, isn’t it?

Yes. What’s a bit unique is that I’m the only artist to have had a number one song as an instrumentalist. [1979’s “Rise”, 1965’s “Taste of Honey”, and 1967’s “Casino Royale” and “A Banda”] and as a singer [1968’s “This Guy’s In Love With You”]. And this song [“This Guy’s In Love With You”] I did it for a TV show just because the director said, “Why don’t you try to sing me a song. I won’t have to photograph you with a trumpet in your mouth all the time. My good friend Burt Bacharach gave me this fabulous song. I asked him if there was a song he found himself whistling in the shower and maybe it was a song he thought I could handle. He sent me the song. I called Hal David because the lyrics needed to be changed and I did it on the show. Two weeks later, he was number one in the country. People come to me over the years to tell me how much they love it and nine times out of ten they say, “Well, we got married and we played that song.” I ask, “Are you still married?” And they would usually say, “Not with this creep.” But I made a lot of people happy with that particular song somehow.

Interview edited for length and clarity.

Yanira Castro, an interdisciplinary artist and choreographer based in Brooklyn, works on a podcast, Last Audience: A Performance Podcastto be published before the mid-term elections of 2022 which will call “listeners to choreographic action, considering the transmission of gesture and embodiment as a political collective action”.

New York-based choreographer, director and educator, nia love, is planning a tour of her multimedia performance installation, UNDER-currentsin the US and UK, starting at WaterWorks Harlem Stage this fall.

Bani Khoshnoudi, a filmmaker and artist based in Brookyn and Mexico City, has an upcoming photography and film exhibition at the Museo Experimental El Eco in Mexico City called El Chinero, a cerro fantasmaabout a site in the Baja California desert where a group of Chinese immigrants died in the early 1900s.

Terence Nance, an artist based in Los Angeles, is working on the second season of his television series, Random acts of theftas well as an upcoming debut LP, Vortex.

Astoria, New York-based pianist, improviser, and composer Cory Smythe is currently mixing a record of new solo and ensemble music, and teaching this summer as part of the New School’s Ensemble Evolution faculty.

Virginia Grice, an Austin-based theater artist, is currently working on a theatrical concert, Surf the currents of the wild windwith musical director Martha Gonzalez of the Grammy-winning group Quetzal and a transmedia project asian rasgos.

Aleshea Harris, a playwright based in Sun Valley, Calif., is working on commissions for the Manhattan Theater Club, Hermitage Greenfield Prize, Center Theater Group, Playwrights Horizons and Theater Royal Haymarket as well as a performance piece about necessity to fly.

Martine Syms, a Los Angeles-based artist and filmmaker whose feature debut The Desperate African is the closing film of New Director New Films at Film at Lincoln Center/MOMA. His exhibition neural swamp opens at the Philadelphia Museum of Art on May 12, followed by performances Grio College (opening June 25 at the Hessel Museum of Art) and She’s mad season 1 (opening July 2 at MCA Chicago).