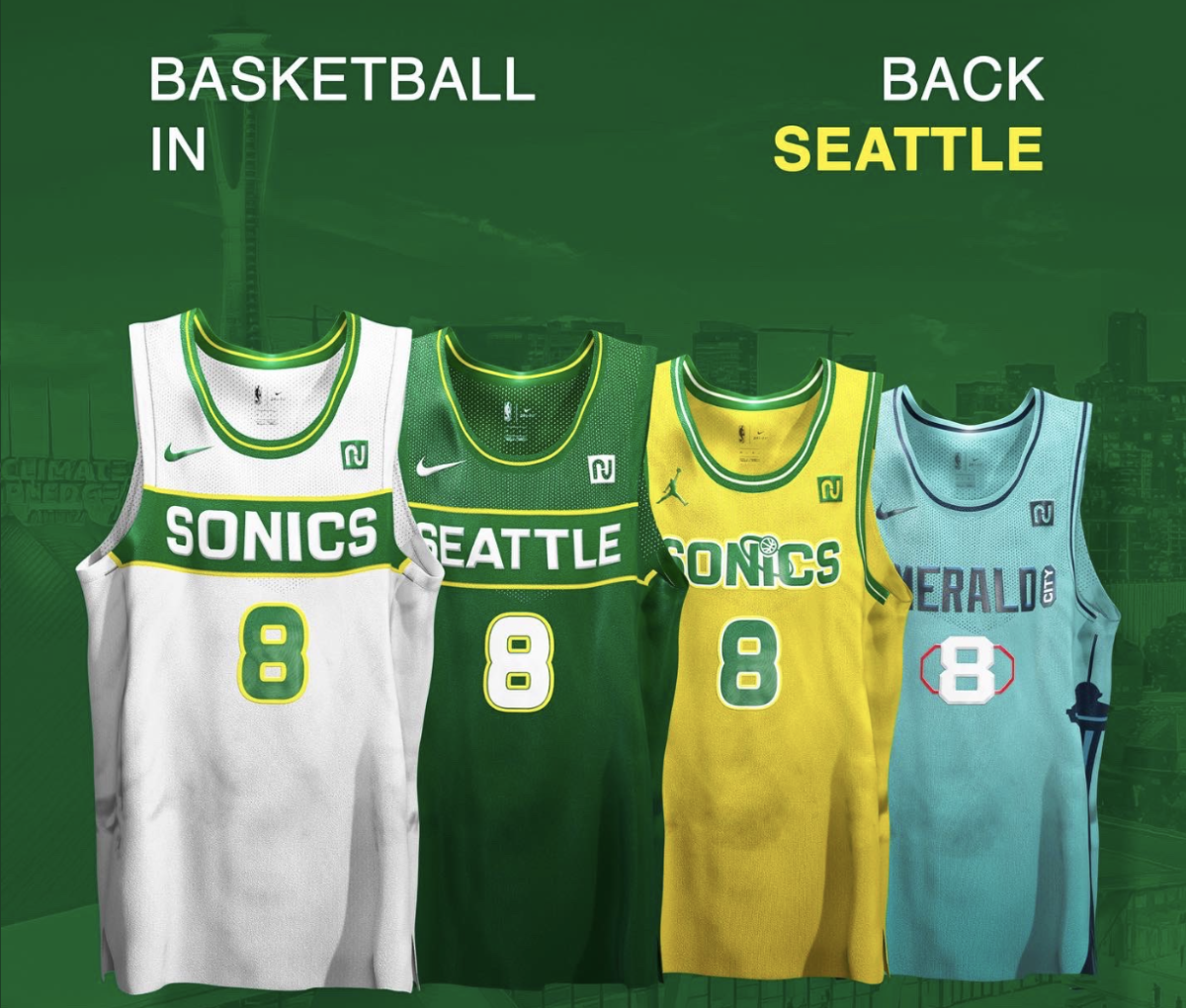 The Seattle SuperSonics were once the face of basketball in the Pacific Northwest. With impressive branding, capable management, and a rocking fanbase, the franchise was highly regarded and respected across the league…until it wasn’t.

In 2008, the team moved to Oklahoma City, marking the end of an era for Seattle basketball and breaking the hearts of thousands of loyal fans.

It remains to be seen if the Sonics will ever make a comeback, but people have been really thinking about what a potential resurrection would look like. On Twitter, a graphic designer has lit up the internet with a few simple concepts that bring the team to life.

Seriously, Jake has talent and his creations are amazing. It’s really no wonder fans are going wild in the comments.

Unfortunately, the designs only whet the appetite for Sonics basketball – and now the question is, will it ever happen? Several league sources have praised the possibility, but former Sonics star Gary Payton downright thinks it’s inevitable.

“I felt like the world stopped at Seattle,” Payton said. “Because this city and its fans don’t deserve this. They don’t deserve this. And I’ve worked really hard to get it back. We’re going to try to have an expansion team and I think. expansion is going to happen. I think with Adam Silver he knows we’re going to add teams and I think Seattle is one of them that he’s going to add and I think they deserve it. Like having a new hockey team there like the Krakens right now and doing the arena that they just built there. I think that’s something the NBA needs to look at. And then I think at the “Krakens opener in the NHL season, Adam Silver was there and he was in the facility. So I think it’s going to happen and when it does, it’s going to be a good thing.”

No one can predict the future, and Seattle isn’t the only team vying for an expansion team. Las Vegas, St. Louis and even Montreal have been identified as potential expansion cities.

But it’s hard not to think of the possibilities when you see Jake’s concepts. They really express the feel and culture of the community and look really cool while doing it.