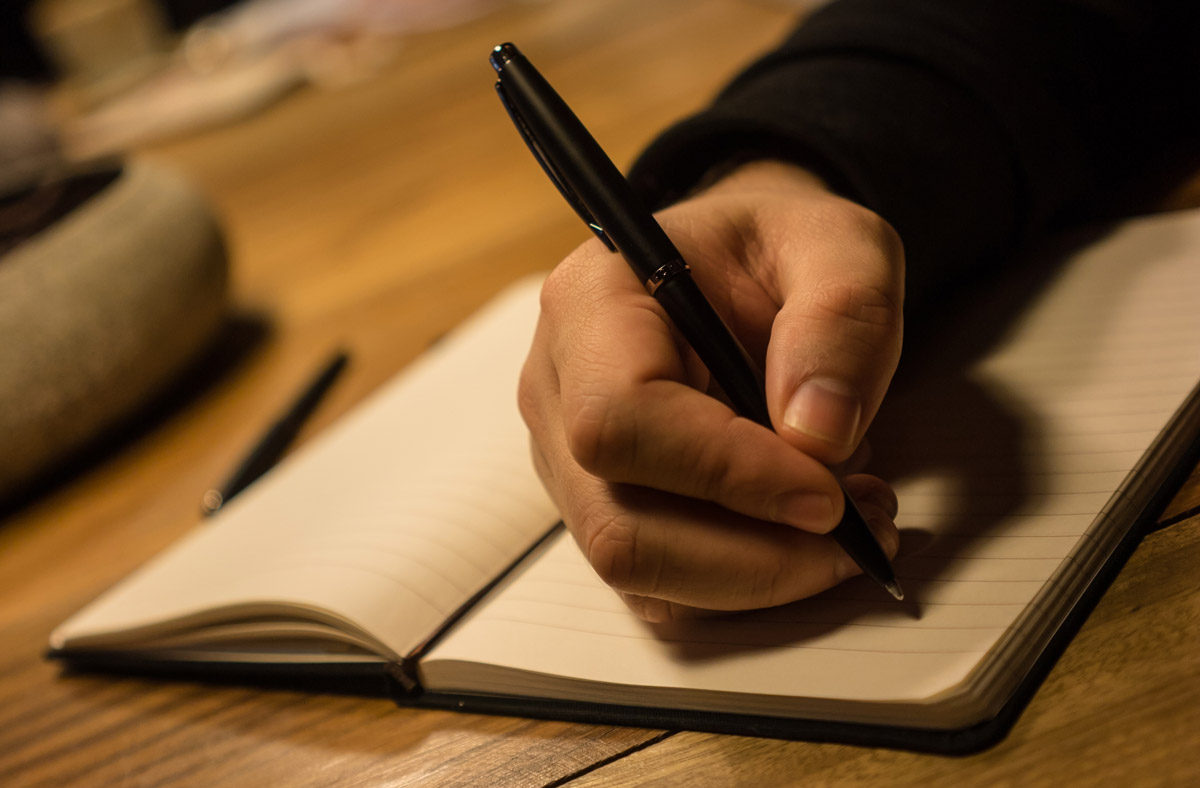 Georgia Poet Laureate’s Prize 2021: meet the winner and the finalists

Launched in 2014 by former Georgian poet laureate Judson Mitcham, in collaboration with the Georgia Council for the Arts, the Georgia Poet Laureate’s Prize is an annual program designed to encourage the work of teenage writers. It is open to all students in grades 9 to 12. To learn more about her creation, click here and meet the 2021 laureates and finalists below, selected by state poet Chelsea Rathburn.

I.
In the backyard, the evening divides like a yellow on the sea of ​​switchgrass.
A lone dandelion sprang from the slats of the porch. I crush it in my fist &

cut. I think of Mother, of Unborn Sister,
about the storks that throw babies from the sky into greedy arms—

the houses they miss or the empty baskets to start with.
The winter two years before I was born, mom made a wish to a star

long dead, and that’s why I’m the eldest
in place of Leela whose ultrasound

she always keeps in a shoebox.

II.
My father once told me that he spent his days in elementary school climbing rooftops.
All to peek at the lonely television on the block, teetering in its

neighbor’s window like wildfire. Now drone action movies, and I imagine he sees
a supernova in every fight scene, a jaw breaking into a million constellations,

collide with another’s knuckle, the space where his fist might have been.
He says there is no point in languishing but hurries to go to the theater every weekend,

basks in the reflections of the screen like the sun on a cold afternoon.

III.
Once a month the cousin calls to ask if she can visit, says she can’t stand
the empty cave of his one-bedroom apartment in Detroit,

the ring sparkling on his finger like the scales of a coiled python
tight around the prey, it will not kill, but suffocate. She forgot the slope of

the face of her husband, my cousin. Like last year, his visa was refused. I imagine them
both as mantis: bulbous eyes, turned upwards, fingers joined and outstretched.

IV.
On the porch steps now I’m scrolling the fraying lines like
roots on my palm, contemplate the freckled expanse of night.

Trace of the constellations: Orion. Ursa Minor.
I can’t decide which part of this poem I hate the most: 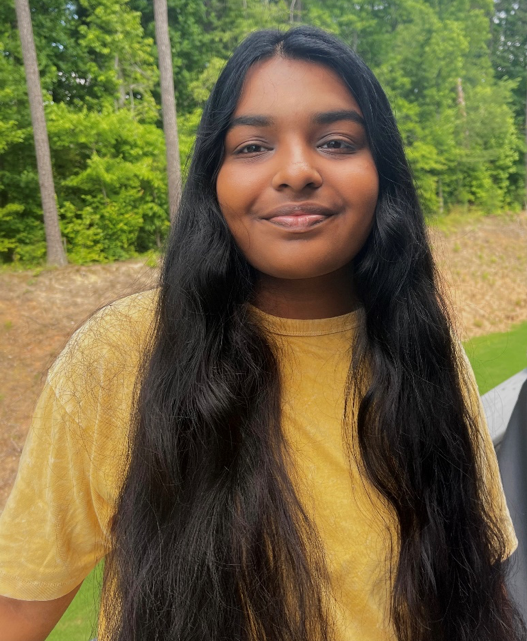 Aanika Eragam is a senior at Milton High School. She is the 2021 Atlanta Young Poet Laureate and her work has been recognized by the Scholastic Art & Writing Awards, Bennington College and Vermont College of Fine Arts. Aside from writing, she is passionate about history and enjoys baking. She thanks her teachers, mentors and family for their support.

“A letter to the monster”
By Joséphine Amande
Inspired by that of Mary Shelley Frankenstein; or, the modern Prometheus

I’m afraid you never know love.
No that’s not it.
I think I’m afraid you will.
The world is a cruel place, you know, and it’s even more cruel to those it doesn’t understand.
I’m not saying they’re right. But this stuff happens all the time.
It’s not that you’re not special – all eight feet and terrifying, impossible, alive!
I mean, your sight might scare an adult away from you.
In a way, you can’t really blame them.
They’re wrong, sure, don’t get me wrong, but have you seen each other lately?
Society is a river. You are a rock.
The rocks stand up, stand out, break the flow a little.
But the river wears them out little by little. Softens sharp parts.
Then you can’t even see the rock anymore.
You stand out, buddy.
And that’s what worries me so much.
I think you will know love.
I think you will look at the river, so massive and mighty, and so, so beautiful.
You will see the river and you will fall in love with it.
But you are a rock. I’m sorry, but that’s how it is.
You are a rock, and it doesn’t matter how sharp or strong you are. The world will break you down
down.
That scares me. Much more than your creepy face ever did.
Even now, they still don’t understand.
They still call Frankenstein the monster instead of the man. 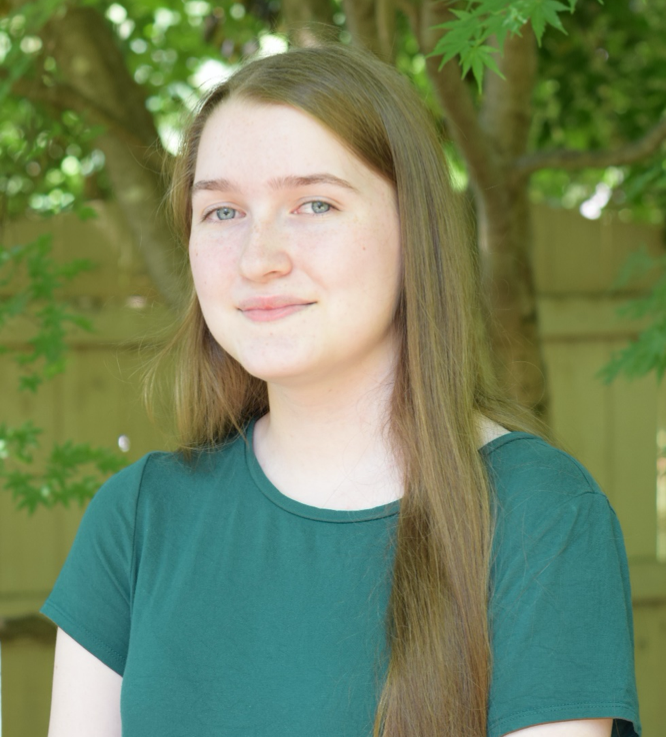 Josephine Almond is a sophomore at Walton High School in Marietta. She reads a lot and writes a little (sometimes the other way around), and when she doesn’t do either, she listens to music or plays the cello in the school orchestra.

feet for flowers land on your hand,
there is nothing wrong with collapsing under the weight of being 17 and wanting to be
who you were at 7
the wings were the most important part,
A disorder sea ​​of ​​orange and black spots trying to cover all the green
the grass isn’t greener on the other side if you can’t see it
(why won‘do they leave you see this?)
is it as green as apple candy you hate so much
or so dead that it rivals the night sky you can’t help but wait a long time?
you can’t tell because
hundreds of writhing floating butterflies cover the ground
cover your hands
cover your mother’s camera flash,
tell him to Stop take a good angle because one day you will forget this moment,
it will be nothing more than a page in an album that you do not flip through
just a feeling of sadness happy when you look at a monarch,
nothing but
you promised you would remember it
take a picture in your head,
*BREAK*
(not Forget to make noise, tongue against the side teeth, pull your mouth greenhouse)
and pray to a god you put on‘i don’t believe in
that you will never grow beyond this moment 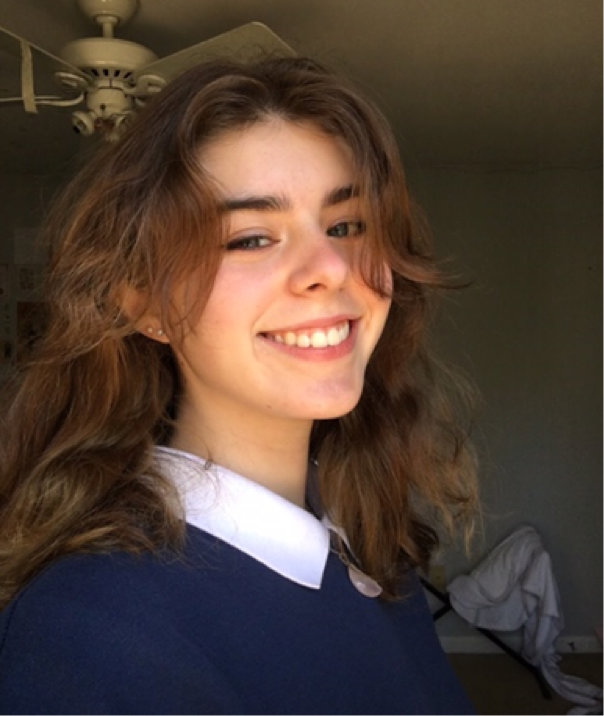 Katie Griffin is a 17-year-old student of North Springs High School in Sandy Springs. She has loved writing poetry since middle school and cannot thank her friends and teachers enough for encouraging her to continue. When she’s not writing, she’s busy designing, building and playing with the 4389 Troupe, and making the BEST cheesecake ever. Already. His poetry can / will also be found in This time (Eber & Wein edition) and American High School Poets “Of faith and inspiration“.

I. The first time is a collection of pigments—
skies like peeling paint and
small sharp pebbles to throw
your little brother’s best friend.
Seaweed and cigarettes litter the shore,
chain your ankles and suffocate the pigeons
look for a bite to eat.
I find ants in my swimsuit.
everything is noisy and the gray horizon continues
For eternity

II. The second time is cruel and sinful dissonance
stuck in the collapsing ocean.
They say once you’re lost you’re never found,
And suddenly I find myself wishing that I too could
to be an oyster in the ocean, my shell
slammed because a girl needs her privacy ー!
Forgive me, the salt has risen to my head.

III. The third time is when you get used to it
because you always notice mistakes first.
Don’t you remember? Don’t forget the plastic cups
under the sand dunes? Remember the volleyball matches
you were losing fantastically? You have ever inhaled
the conversations and laughter of everyone next door,
kind of occupant. In the rotten log cabin with a leaky roof
checkered curtains float with a breeze you can practically
taste on the tongue.
I love you I love you I love you
I love you starfish ornaments and glass jars.
I love you peppery hair and dead fish on the deck.
I love you cacophonic tide and folded cardboard plates.
I love you I miss you! 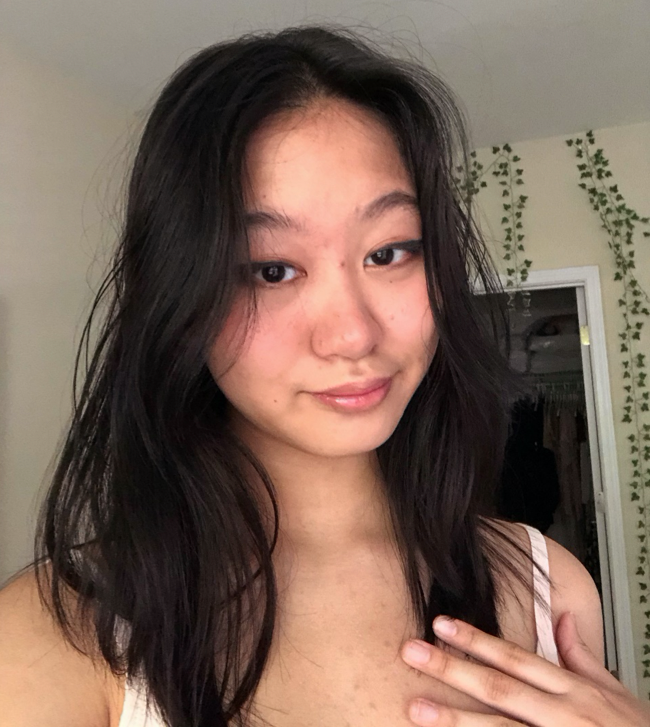 Isabelle Liu is a sophomore at Wheeler High School in Marietta. In addition to writing poetry and short stories, she enjoys playing the guitar, reading classical literature and running. She forever appreciates her teachers, friends and family for supporting her academic and writing journey.

“The familiar sound of Black Grief”
By Khayla Truitt

“Finally free, finally free, thank God, we are finally free.”
FREEDOM: the power or the right to act, speak or think as one wants without hindrance or constraint.
FREEDOM: the state of not being imprisoned or enslaved.
FREEDOM: the state of being physically unrestricted and able to move easily.
FREEDOM: the state of not being subdued or affected by (a particular undesirable thing).
FREEDOM. The kind that makes you raise your voice and sing
FREEDOM is not a compromise
It’s not a marathon of ups and downs
The one priceless thing that still costs
And we pay in the familiar sound of black sorrow
The sound bleeding from our ears on our pillows at night
A sound that wonders if it’s worth the fight
We build ourselves
Just to get demolished
And we go round and round
we drown
In a never-ending battle for lives
Countless killings of fathers, children, women
A ball. A noose. A fire ignited.
Their names become memories in a cloud of dark haze
Again we hear the familiar sound of black sorrow
It’s the music that falls on deaf ears
So we wipe away our tears and say
“Look how far we’ve come”
Only to wait for the next murder and play
“Who is still not numb? “ 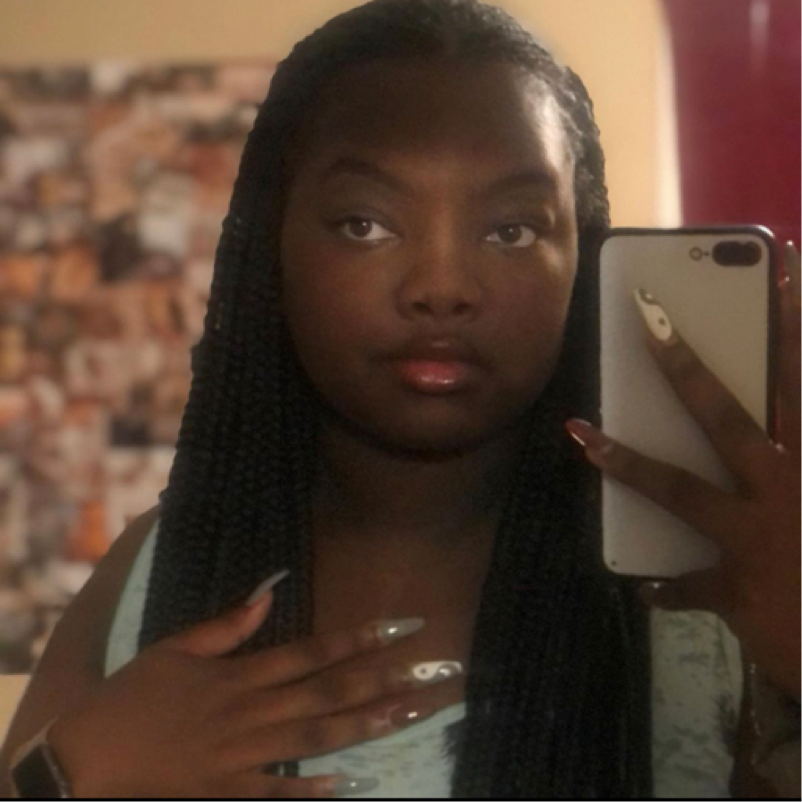 Khayla truitt is a student at the Rainey-McCullers School of the Arts in Columbus, where she is majoring in creative writing. Her writing focuses on intersectional identity across all modes of writing (poetry – informal writing and slam, prose and dramatic writing), including a short film, No warning, no fees, for his course in medical humanities and an essay entitled “AAVE vs. Internet slang: Muzzling Black Voices ”, which won third place in the Susan Schley Gristina Award for the Carson McCullers Literary Awards exhibition essay at Columbus State University. Khayla thanks her three-year Creative Writing Director, Molly Kay Wright, for bringing her incredible opportunities and strongly supporting her process. When not writing, Khayla enjoys traveling with friends, babysitting, and making videos. She hopes to finish writing and publishing a collection of poems by the age of 18.

Historic Zanesville Masonic Temple to be demolished after fire