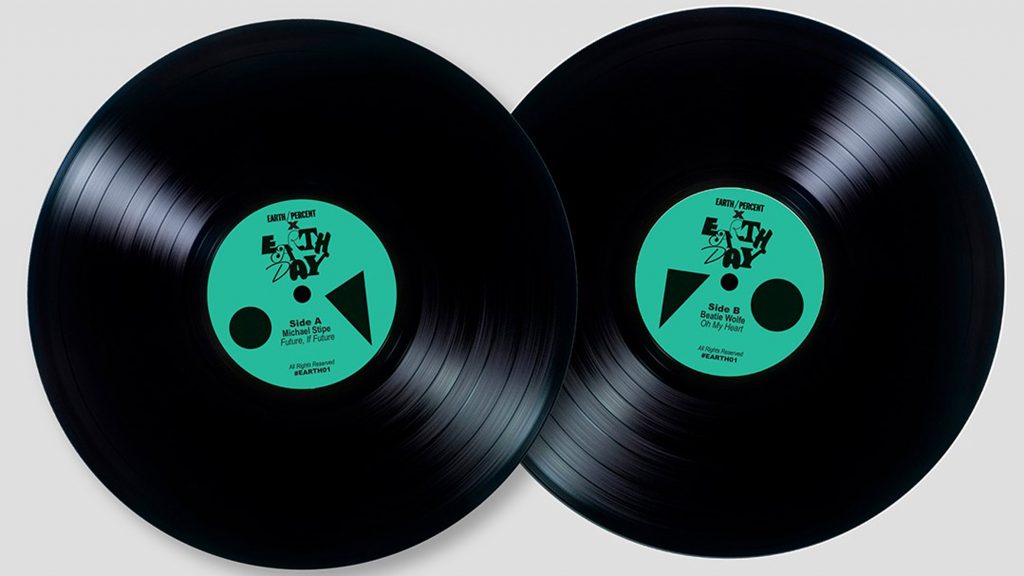 Hailed as the world’s first commercially available 12-inch bioplastic vinyl by Evolution Music, the product is made from specially engineered bioplastic instead of traditional carbon-intensive PVC.

The 12-inch bioplastic vinyl looks and performs like standard vinyl, consisting of a black disc illustrated with a central graphic pattern.

It was made using existing record pressing machines and production processes.

Its A-side features the track Future, If Future by American musician Stipe, while Oh My Heart by British-American artist Wolfe can be played on its B-side.

The creators of the 12-inch bioplastic vinyl said they were inspired to design the material and product themselves after struggling to find “sustainable solutions for physical media”.

To create the bioplastic, a four-year development process involved identifying a base polymer that acts in the same way as traditional PVC, without producing harmful substances, according to Carey.

After that, the team sourced bio-organic fillers and co-created a solid additive used for plastics called bio-masterbatch. 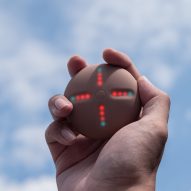 “We’ve never developed a traditional plastic vinyl – I guess you should ask the PVC makers why they haven’t [create bioplastic vinyl],” he said.

Five hundred copies of the 12-inch bioplastic vinyl were originally sold when it was released earlier this year, with proceeds going to the charity EarthPercent.

Founded by musician Brian Eno, EarthPercent invites artists to pledge to donate a portion of their earnings to the charity, which is then donated to organizations fighting climate change.

The release of the 12-inch bioplastic vinyl is part of a Bandcamp project by EarthPercent that includes more than 100 tracks from artists including Hot Chip, Peter Gabriel and Nile Rogers.

“It took three passionate, independent music lovers from the UK to develop this product out of necessity,” Carey concluded.

“The fact that the ‘big’ players didn’t do this in the first place raises some interesting questions about the oil, chemical, petroleum and plastics industry…just to say!”

Other recent bioplastic designs include an alternative to cling film made from waste potato peels and a polystyrene substitute created from plastic-eating mealworms.

Sick, sad or in need of comfort? Young adult fiction can be the perfect balm | Books