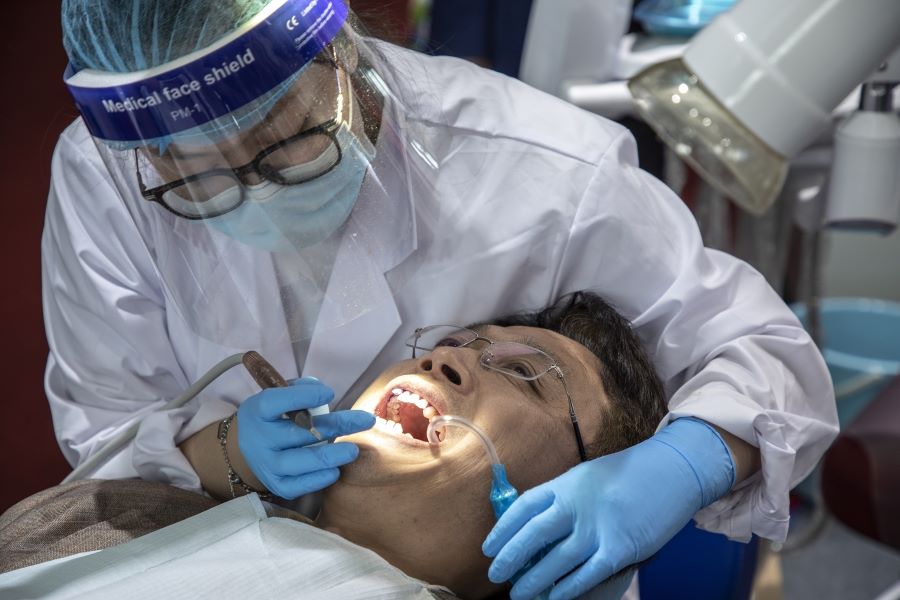 Dental doctor all smiles in IPO bid, but new policy could lead to financial toothache

Dentistry has one of the most diverse clienteles in the medical field. From children with cavities to young men and women looking for whiter teeth and seniors in need of implants, dentists and orthodontists can always count on a steady stream of customers.

Driven by this strong demand, a new generation of private dental practices is also on the rise in China and is turning to the financial markets to finance its growth. The last of them is Medical Dentist Holding Group Co. Ltd., which bills itself as the largest middle to high-end private dental hospital in eastern China. The company has just filed a IPO Application on the Hong Kong Stock Exchange for the second time.

Dental Doctor submitted their first application last September, but failed to register within the required six-month period thereafter. Its initial prospectus showed solid growth, with the company’s revenue growing from 870 million yuan ($137 million) in 2019 to 1.07 billion yuan in 2021, equivalent to a compound annual growth rate of 11%. . Its adjusted profits rose steadily at the same time, from 23.64 million yuan to 125 million yuan over the same period.

The company set up its first clinic in Suzhou City, Jiangsu Province, near Shanghai, and has expanded rapidly in eastern China over the past decade. As of March this year, it had 31 dental clinics in some of the country’s wealthiest cities, including Suzhou, Nanjing, Shanghai and Wenzhou. But it continues to be heavily dependent on its operations in and around Suzhou, with 19 of its clinics in that part of Jiangsu province. Therefore, it derives 75.6% of its revenue from the province.

But as the Omicron virus breaks out in eastern China, driving neighboring Shanghai into a complete lockdown, Suzhou has also imposed travel restrictions that are likely to negatively impact the business. Additionally, people often tend to avoid hospitals and dental clinics during such outbreaks for fear of getting infected.

Eastern China is the wealthiest region in the country, making it fertile ground for dental services as Chinese people become increasingly aware of the importance of dental health. According to third-party research in the prospectus, the dental service market in eastern China will more than triple from 62.8 billion yuan in 2020 to 212.5 billion yuan in 2030. With the slogan “every tooth supported by a team of doctors,” Dental Doctor found a relative goldmine in this East China house where the market for its high-end services was worth 6.9 billion yuan in 2020, or about half of the national market for these services.

Booming demand has boosted most players in China’s fast-growing dental sector, although some companies are more profitable than others. Dental Doctor is one of the top performers, posting gross margins between 53% and 56% over the past three years, well above the industry average of 31% in 2020. The company owes its higher margins to its dental implant and corrective businesses, which dominate its portfolio and are more profitable than the tooth extraction and filling services that are the mainstay of other private clinics. In 2021, for example, dental implants and corrections contributed 44.7% and 22.8% of company revenue, respectively.

Dental implants and corrections are the two most touted subfields of dentistry, driven by huge demand from young, appearance-conscious consumers. Middle-aged and elderly people are also customers when dealing with tooth loss. Dental Doctor charges an average of 6,445 yuan for implants, according to its latest figures. Such high prices mean an average dental correction case can rack up 21,115 yuan in bills, compared to an average of 837 yuan for more common dental services. Adding the fact that implants are a relatively quick procedure, this part of the company’s business has a gross margin of up to 60.9%.

But its gross margin, higher than that of the industry, does not affect the bottom line. Despite its continuous improvement every year from 2019, its net profit margin has never exceeded 12%, much less than around 30% for its competitor. Best choice Medical (600763.SH).

Low net margins may be partly due to Dental Doctor’s heavy marketing spend as it seeks to boost its brand. Its sales and distribution expenses totaled about 300 million yuan in 2021, nearly 30% of its revenue that year, outpacing all other dental service providers. In contrast, the more established Topchoice spends less than 1% of its revenue annually on selling expenses and only 20 million yuan on marketing.

As China’s population continues to age, the potential demand for dental implant services is growing rapidly. According to the company’s prospectus, about 21 out of 10,000 Chinese sought such services in 2020, well below 85 for the United States and 630 for South Korea, showing that penetration rates in China are currently quite low.

New Politicsthere for the benefit of rivals

These policies, when implemented, will almost certainly deal a major blow to Dental Doctor’s implant business by dramatically reducing costs for its government-owned rivals. According to a research report by Pacific Securities, capital expenditures make up about three quarters of the total cost of dental implant services, with treatment costs making up the rest. Thus, an 80% reduction in equipment costs would give state-owned facilities a huge advantage over their private sector competitors by reducing their costs by around 60%.

These political uncertainties have made investors wary of dental companies. Arrail Group (6639.HK), a private dental service provider with a similar business portfolio to Dental Doctor’s, listing in Hong Kong on March 22 and was down 5.61% on its first trading day. In terms of price-to-sales (P/S) ratios, Arrail Group and Topchoice Medical have ratios of 4.5 times and 17 times, respectively. Using the average of 11 times for this pair, Dental Doctor can expect an IPO valuation of 11.8 billion yuan.

It should be noted here that before its first IPO application last September, Dental Doctor was valued at a much more modest 2.65 billion yuan after its Series B funding. But perhaps the Equity investors will see more to the business than private equity, which is sure to put a smile on everyone’s face.