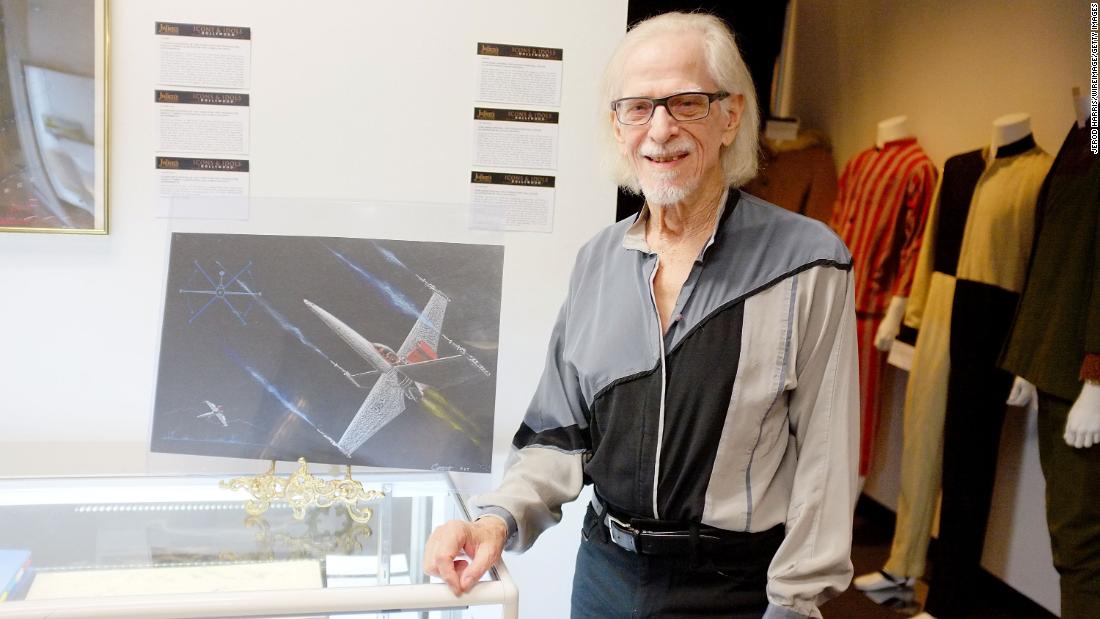 Colin Cantwell, the visual effects artist behind many of the original “Star Wars” movie’s iconic spaceships, has died aged 90.

In an announcement on his Facebook page Sunday, Cantwell’s partner Sierra Dall said he died Saturday at his home in Colorado.

A photo of the Death Star in “Return Of The Jedi” (1983) Credit: Lucasfilm/Fox/Kobal/Shutterstock

“Colin Cantwell passed away peacefully at his home with me by his side. I will miss him very much,” she wrote.

Tributes poured in from fans and celebrities, including ‘Curb Your Enthusiasm’ director David Mandel, who showed an early illustration of X-Wing from his own collection on Twitter.

According to his website, he designed the spaceships used in the 1977 film two years earlier, building the models and photographing them when completed.

Cantwell’s website also noted that he was UCLA’s first animation graduate, after he persuaded the university to add an animation major.

Before Hollywood called him, he fulfilled his childhood passion for space by working at NASA and the Jet Propulsion Laboratory, creating educational programs on recent developments in space exploration.

While at NASA, he fed CBS News anchor Walter Cronkite’s updates on the astronauts’ progress on the 1969 moon landing, which Cronkite then relayed to the television audience.

Away from the “Star Wars” franchise, Cantwell’s big-screen contributions include special photographic effects for “2001: A Space Odyssey,” technical dialogue for “Close Encounters of the Third Kind,” and computer graphics design consultant. for “WarGames”.

In 2014, an auction of some of his personal “Star Wars” artifacts, including starship designs, fetched more than $118,000, the Denver Post reported.