Louvre Abu Dhabi has announced its second international exhibition of 2021: Dragon and Phoenix – Centuries of Exchange between the Chinese and Islamic Worlds (October 6 – February 12, 2022). Organized by Louvre Abu Dhabi in partnership with the National Museum of Asian Arts – Guimet with the support of France Muséums, the exhibition will present the cultural and artistic exchanges between Chinese and Islamic civilizations from the 8th to the 18th century.

Visitors will be able to explore cultural ties through more than 200 works of art from the collections of Louvre Abu Dhabi, the Guimet Museum and twelve museums and international institutions, as well as an extensive cultural program.

Dragon and Phoenix brings together artefacts from two worlds rich in culture, arts and sciences: China (the dragon) and the Islamic world (the phoenix). The exhibition showcases the connections, artistic influences, and remarkable untold stories of over 800 years of trade across land and sea trade routes, from the establishment of the first Arab merchant colonies in Canton in the 8th century to the early days. 18th century.

Traveling from the Mashreq and the Arabian Peninsula through Central Asia and the Indian Ocean and to China and Vietnam, he reveals a long and rich history of mutual admiration and influence reflected in exchanges both tangible and intangible. Dragon and Phoenix aims in particular to highlight unconventional centers of artistic and cultural production. With both a physical exhibition at the museum and an online experience, it will shed light on how centuries of cultural exchange and prolific artistic production between the two worlds reveal a dominance of coveted luxury materials and works of art. between the 8th and 18th centuries. 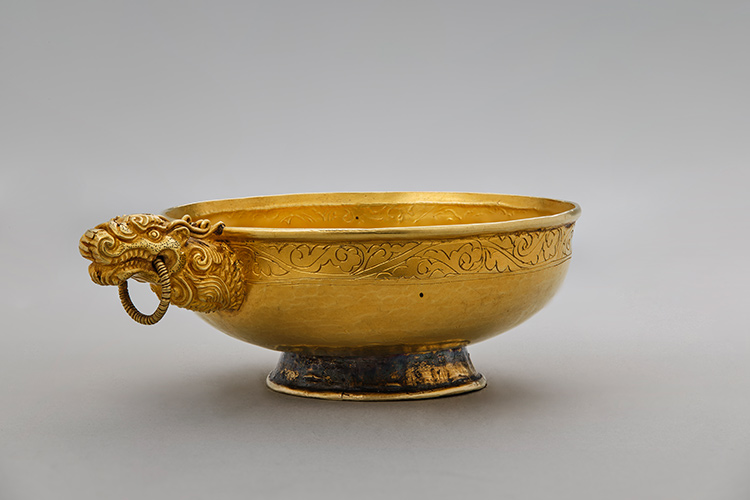 The exhibition is curated by Sophie Makariou, president of the National Museum of Asian Arts – Guimet, with the support of Dr Souraya Noujaim, scientific director, conservation and management of the Louvre Abu Dhabi and Guilhem André collections. , Chief Curator of Asian and Medieval Arts at Louvre Abu Dhabi. . Highlights include a rare Yuan Dynasty (1279-1368) gold cup with a dragon-shaped hilt from China, a masterpiece from the Louvre Abu Dhabi collection that may have been made for a nomadic dignitary from northern China.

Visitors will marvel at some of the most spectacular luxury silk fabrics ever created: the so-called Panni Tartarici (or Tartar fabrics) – Mongolian silk fabric with gold threads – from the collection of the National Arts Museum Asian – Guimet, which attests to influences from other textile traditions, such as those of Iran, the Near East and Central Asia.

With over 200 artifacts spread across five sections – the first four following a historical timeline and the fifth focusing on the literary traditions of calligraphy and poetry – Dragon and Phoenix presents this story from a fluid global context of artistic exchange. and cultural in ancient times.

The exhibition presents a diversity of works of art, including paintings, silverware, ceramics, glassware, manuscripts and luxury fabrics, with an international repertoire combining Arabic epigraphy, chinoiseries, lotus, geometric decoration, dragons, phoenixes and many other fantastic bestiaries. The first section takes the visitor on a journey between the 8th and 10th centuries, when regular contact between these two civilizations is established through land and sea routes. It presents the journeys undertaken by travelers and merchants from the West, as well as these objects and techniques which are the result of these first exchanges. 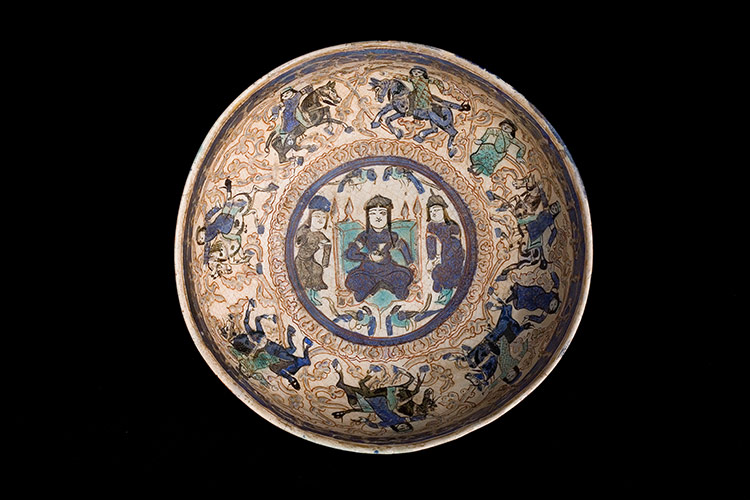 The second section turns to the Song and Seljuq (11th-13th centuries) aesthetic, describing the encounters between two emerging dynasties. The aesthetics of Buddhism inspired the symbols of power in the eastern Islamic world – especially the depiction of rulers. The increased use of the Maritime Silk Road during the Song Dynasty shows how Chinese goods were exported en masse across the Indian Ocean and Red Sea by dhows – Arab merchant ships. Ceramics found on the shores of East Africa, Madagascar, but also Southeast Asia and the Philippines, testify to this trade.

The third section is devoted to the artistic interactions that took place under the Mongol dynasties (13th – 14th centuries) and their influences on the Islamic East.

This is the period that sees the emergence of the famous blue and white porcelain from the imperial kilns of Jingdezhen in China. This section highlights the use of cobalt blue imported to China from West Asia, and the aesthetic improvement brought to Chinese potters. During this period, China increased its production of luxury goods specially designed for export, to meet the demand of the Islamic world.

Called the “Gallery of Harmonious Exchanges”, the fourth section analyzes the mutually influenced artistic exchanges that took place in the 15th and 17th centuries.

From the 15th century, the Chinese imperial furnace of Jingdezhen began to imitate the forms of Islamic metallurgy such as the ewer adorned with the signs of the zodiac of Herat (Louvre Abu Dhabi). This can be seen in objects such as blue and white porcelain from the Ming Dynasty (1368-1644). These imitations brought to light the phenomenon of Chinese collections of inlaid Islamic goldwork. The impact of Chinese ceramics in Vietnam as well as the artistic production of Islamic Southeast Asia are also demonstrated in this section of the exhibition. The exhibition ends with a fifth section devoted to manuscripts, poetry and calligraphy from the 8th to the 18th century.

The art of calligraphy is one of the most beloved artistic mediums of these two incredibly literate civilizations. The prestige of calligraphy in the Islamic world is intimately linked to the Koran and to copies of the sacred text. Likewise, in China, the Three Perfections – calligraphy, poetry and painting – are the tools to physically express one’s spirituality, in harmony with the Dao (code of conduct).