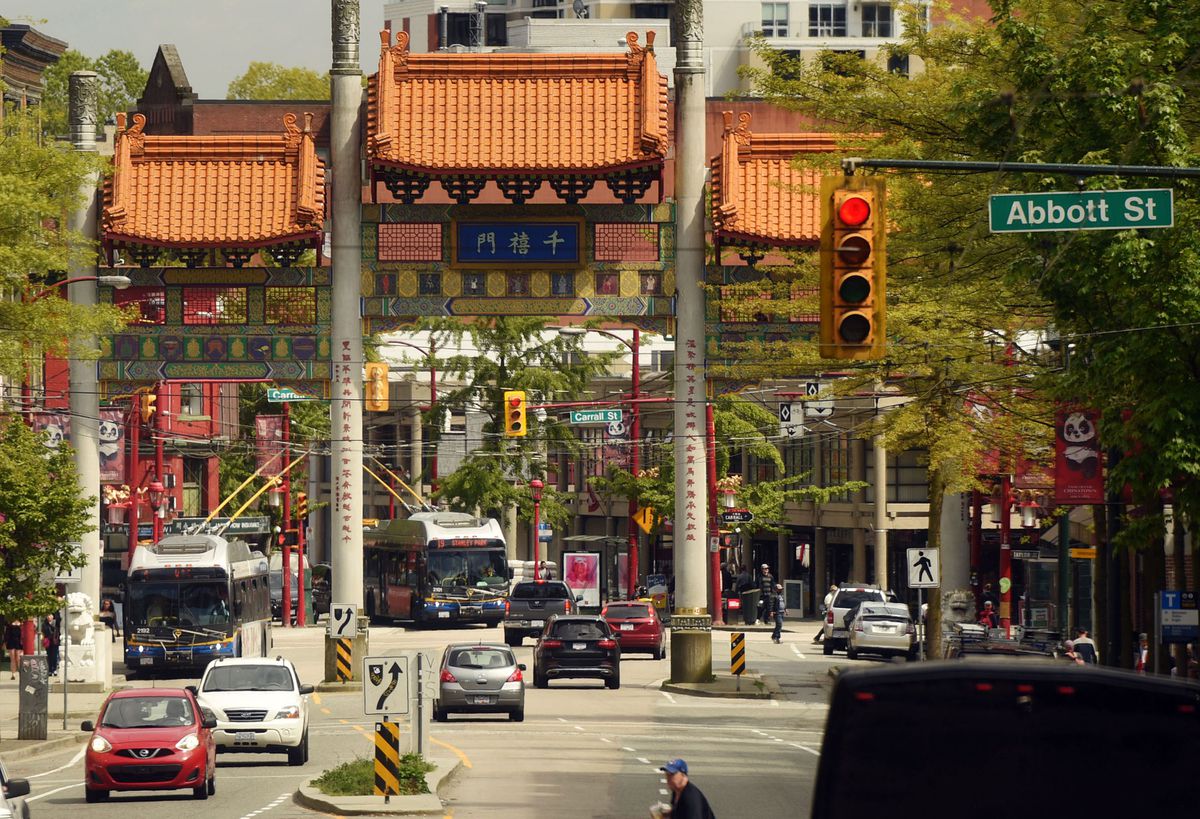 “This has been the dream of the Chinese-Canadian community for a long, long time,” B.C. Minister of Tourism, Arts, Culture and Sport Melanie Mark said in announcing $27.5 million. dollars for the purchase of the building housing the Rennie Museum in Wing Sang. The oldest building in Chinatown, it was built by Chinese immigrant Yip Sang in 1889.

“To be able to move into such a historic building that represents all of the stories of the Yip Sang family and that era, that era, is just an incredible opportunity,” said Grace Wong, chair of the CCM board of directors. in an interview. “This game of being able to put this Chinese Canadian museum in the most historic building in Chinatown; everything went wonderfully well.

In 2018, the province and the city of Vancouver jointly announced their commitment to establish a Chinese-Canadian museum and seek UNESCO World Heritage Site designation for Chinatown.

The Chinese Canadian Museum Society was founded in March 2020 with the goal of establishing a permanent museum. Ms Wong said they started with 25 potential sites and eventually concluded Mr Rennie’s building was the right choice.

“It’s wonderful – both the building and what it signifies, the pieces of history still there, and yet [it’s] a wonderfully restored space. You can just imagine those museum exhibits in there,” said Ms Wong, who first visited the place last year. The purchase price for the building has not been finalized, she said.

As Minister, Ms Mark, who is also the MLA for the region, has been actively involved. She too visited the building for the first time during this process and saw its potential.

“When you go to the Treasury to plead your case [for funding], you must present options. You know, here’s a vacant lot; here is the land you can renovate; here is another property, but it has these complications. And then there’s the Wing Sang Building,” Ms Mark said. “I just have to tell you; [it’s] breathtaking, right? Absolutely breathtaking. … If you enter this building, you will feel the history.

Yip Sang was born in Guangdong province in 1845. He emigrated to San Francisco, then came to Vancouver en route north to the Yukon – the gold rush – but unsuccessfully returned to Vancouver . In 1888, he founded the Wing Sang Company, an import/export business. He constructed the original part of the building the following year. Extensions were built as the success of the business grew, along with Mr. Yip’s family: he had four wives and 23 children. One of the highlights of the current building is the original classroom, blackboard and all.

The buildings were family owned until 2001 and were purchased by Mr Rennie, an estate agent, in 2004. He was looking for office space, but primarily a building where he could show some of his famous collection of contemporary art.

He undertook a major renovation. In August 2008, Mr Rennie invited Mr Yip’s descendants – more than 375 of them – to the construction site. “I wanted their blessing for the new management of the building,” says Mr. Rennie. “It was very important.”

The inaugural project of the Chinese Canadian Museum Society of BC is a temporary exhibition installed as a pop-up on the same block as the Rennie Museum, a few doors down. The exhibit, A Seat at the Table: Chinese Immigration and British Columbia, can be seen as a kind of blueprint for what the permanent museum will offer. (There is a companion exhibit on currently at the Museum of Vancouver.)

“These snapshots of people’s lives show how Chinese migrants and their descendants have found ways to earn a living, fight systemic racism, connect with others, survive and thrive through hope and to resilience,” reads the welcome plaque – in English, Traditional and Simplified Chinese. Chinese.

Touring the exhibit in the Hon Hsing Athletic Club building – the ground floor also once housed the Kuo Kong Silk Company – visitors learn about everything from food to activism. The information begins with early immigration and continues through more recent political events, such as Gim Wong’s Ride for Redress. In 2005, the then 82-year-old World War II veteran rode his motorbike from Victoria to Ottawa to campaign for an apology and compensation for the Chinese Head Tax. You can see his motorcycle helmet and gloves, as well as photos.

The head tax is among the racist stories covered in the exhibit, as well as more recent issues such as the ban on grilled meats in the 1970s, which targeted Chinatown butcher shops.

Like this exhibit, the permanent museum will focus on the experiences of Chinese Canadians across the province. There is also a national resonance. The first Chinese landed on the west coast in 1788, Ms Wong points out – before the gold rush, before the railroad. “As the Chinese settled, they moved across Canada,” she says. “So with this trip, Chinese Canadians in British Columbia are actually connected to [the rest of] Canada.”

Mr. Rennie opened his museum in 2009 with an exhibition by Palestinian artist Mona Hatoum. Since then, it has featured works by Canadian artists such as Ian Wallace and Rodney Graham; and international artists such as Yoko Ono and Martin Creed – who have filled the ground floor gallery with pink balloons, visible from the street.

He plans to put on another show in September – details to come. The China-Canada Museum will take possession of the building early next year, with at least parts expected to open to the public in summer or September 2023.

“About time,” says Mr. Rennie, who will keep his office operations in the space next door, for now. The art collection will move to a site in Burnaby – for storage, not display. Creed’s work on the building’s exterior — which reassures Vancouverites in bright neon that “everything will be fine” — has become a Vancouver landmark. It will go down too.

Mr. Rennie says his work will still be available on loan. He points out that he currently has more than 90 works on loan to galleries and museums around the world. He sits on numerous boards of directors, including the Council for Canadian American Relations. He is Chairman of the Board of the Tate Americas Foundation and was recently appointed Chair of Acquisitions for Contemporary Art at the Art Institute of Chicago.

He is donating $7.5 million to the CCM to ensure its sustainability, he says. He considers it a landmark giveaway that he hopes will attract others.

“It’s very emotional for me,” says Mr Rennie, who is 65 but says he has no plans to retire. “It’s a big change, but it’s the right thing to do. it returns to its rightful place and to its rightful guardian.

We have a weekly Western Canada newsletter written by our British Columbia and Alberta bureau chiefs, providing a comprehensive package of news you need to know about the region and its place in the issues facing Canada confronted. register today.