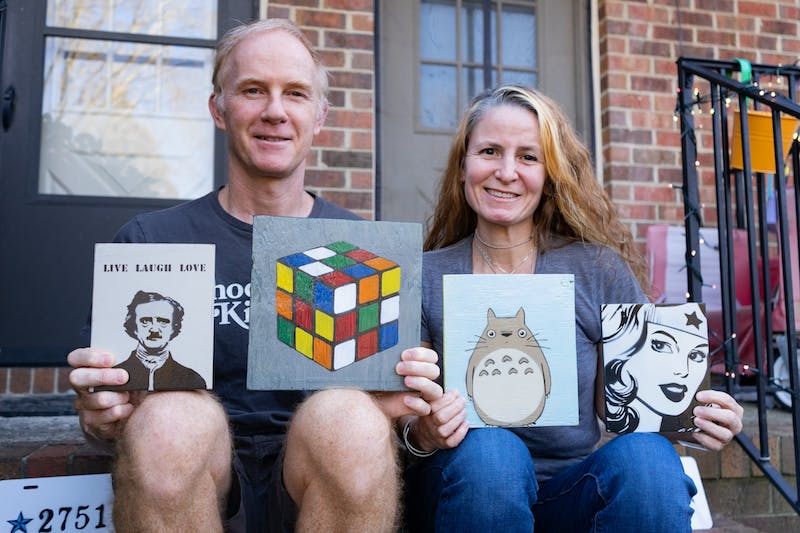 Last month, Carrboro was named one of the top five small towns for the arts in the United States by 24/7 Tempo, member of the financial news and opinion firm 24/7 Wall St.

Carrboro ranked fifth in 24/7 Tempo’s 25-city lineup. The listing mentioned the city’s ArtsCenter and its Attic 506 spaces, which are funded in part by the Orange County Arts Commission.

Carrboro Mayor Damon Seils said the town is attractive to the arts community.

“Carrboro is a home for people who are into the arts, whether they are artists themselves or the people who run those artists’ venues and do all the technical work behind the artistic performances,” did he declare.

In Carboro, there were 3.4 arts institutions per 1,000 establishments and 3.4 arts employees per 1,000 employees. Only places with fewer than 100,000 people according to census data were considered small towns for the report.

Graphic designers Duncan and Meg Morgan, who live in Carrboro, said the town was the perfect place to set up their business, The Bazaar.

The business is a craft and art market held on select weekends in the townships of the town of Carrboro. For years, the Bazaar has provided a venue for artists to showcase their work to the community.

“It’s a craft market, but it’s also just a celebration of people being together, which I think has been sorely missed over the past couple of years,” Meg Morgan said.

The Morgans do in-house advertising for The Bazaar with their design house, High Street Design. Meg Morgan said Carrboro’s ranking would be a great addition to the ads.

“I have to put it in there,” she said. “I feel like that’s something I can be proud of.”

When selecting performers and food vendors for events, the Morgans try to focus on the diversity of vendors as well as the products they offer. Vendors rotate at each Bazaar event, but many return to participate.

“What came out of it organically is a really amazing, kind, talented group,” said Meg Morgan.

In addition to physical products, the city and county are working to bring more music to the region.

Tim Duffy is the founder and chairman of the Hillsborough-based non-profit Music Maker Foundation. He said the organization supports musicians financially and provides a broader platform for performers through a subsistence program.

Each spring, the foundation and the Town of Carrboro host the Freight Train Blues series. The festival honors the legacy of Elizabeth “Libba” Cotten, a blues musician from Carrboro, and features different roots musicians each year.

The Glorifying Vines Sisters, a gospel group from eastern North Carolina, will sing at this year’s festival. The group has existed for 48 years and is made up of four sisters.

Manager and singer Alice Vines said she was delighted to perform this year.

“I love going to Carrboro,” she said. “People there are so nice and friendly, and they applaud everyone.”

Seils said he hopes the Tempo 24/7 ranking will be one more way to bring attention to Carrboro artists and spaces.

“It’s one more opportunity for us to promote our community,” he said.

To get the day’s news and headlines delivered to your inbox every morning, sign up for our email newsletters.

“The Biographer’s Hat”, by Cynthia Ozick