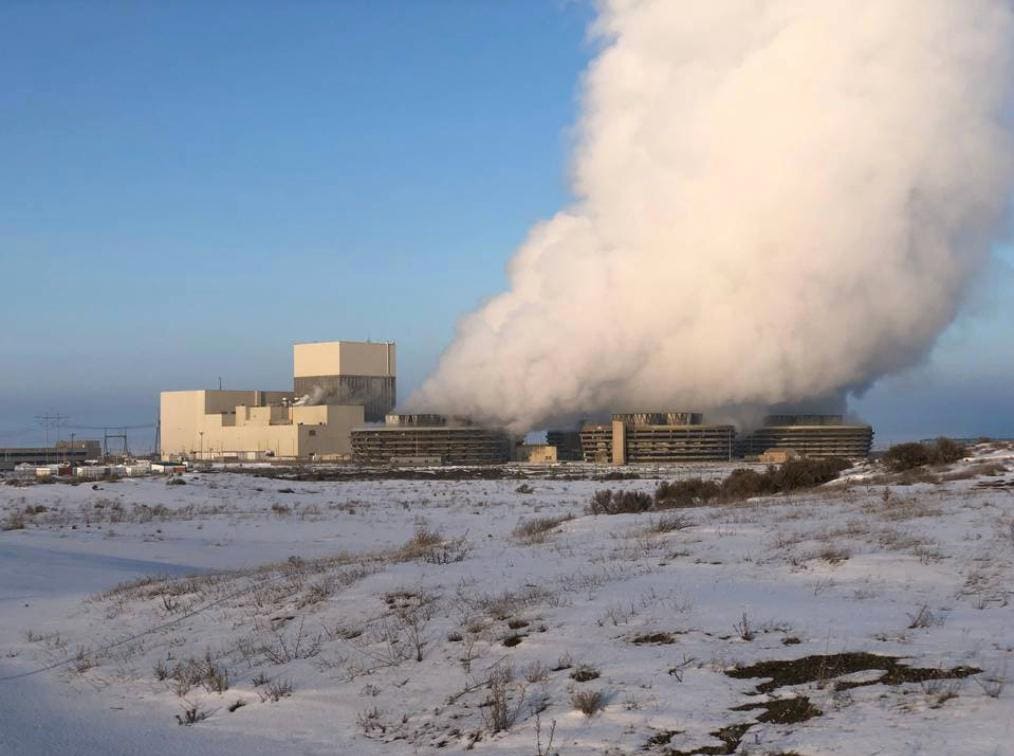 Waking up yesterday for Thanksgiving, I realized that we in the Pacific Northwest had been bombarded by a cyclone for the holidays.

A cyclone bomb is when the barometric pressure drops by at least 24 millibars in 24 hours. The winds were strong last night and kept us awake most of the time.

But looking over the snow, I was grateful for the heartwarming plume of pure water vapor rising beyond our nearby nuclear power plant. Judith and the kittens were too.

Through thick and thin, extreme heat or extreme cold, the nuclear power plant never seems to stop producing more than 9 billion kWh of energy each year, enough to power Seattle. The same with all the other nuclear power plants in America.

Whether it’s coal, gas or renewable energy, the cold seems to hurt them like a grandfather with one knee on the ground. And it doesn’t help that our aging energy infrastructure continues to earn a D + from the American Society of Civil Engineers.

Most production systems fail during extreme weather conditions, but most of them involved fossil fuel systems. Coal chimneys are frozen over and diesel generators simply cannot operate at such low temperatures. Gas is choking – its pipelines cannot meet demand – and prices are skyrocketing.

The wind also suffers as the hottest and coldest months are usually the least windy.

“Even during this unusually cold weather for the season, the performance of our Illinois fleet once again demonstrates the reliability and resilience of nuclear power in all weather conditions,” said Bryan Hanson, director of nuclear for ‘Exelon. “We’re committed to being online when customers need us most, no matter what Mother Nature has in store for us any time of the year. “

The problem of widespread cold or heat begins because there is an increase in demand for electricity and gas as everyone readjusts their thermostats and it takes a lot more energy to keep us at comfortable temperatures. during these extremes.

Interestingly, nuclear prices are not going up – reactors continue to operate. They don’t have to worry about the fuel supply – they have enough for years to come – and they don’t have to do anything special to deal with extreme weather conditions.

In recent years, the cost of electricity at the nearby Columbia Power Station has fallen to 4.2 ¢ / kWh regardless of the weather. Many gas factories raise their prices in bad weather, up to tenfold in New York and New England.

A diverse energy mix is ​​really, really important. Whether it is huge liquid-gel batteries that would maximize renewable capacity, small modular nuclear reactors, the conservation and improvement of existing nuclear power, better pipeline technology and monitoring, better coordination between renewables – in the decades to come, whatever we can do, we must do.

But nuclear is clearly the big guy you want to walk the streets with on a cold winter night.