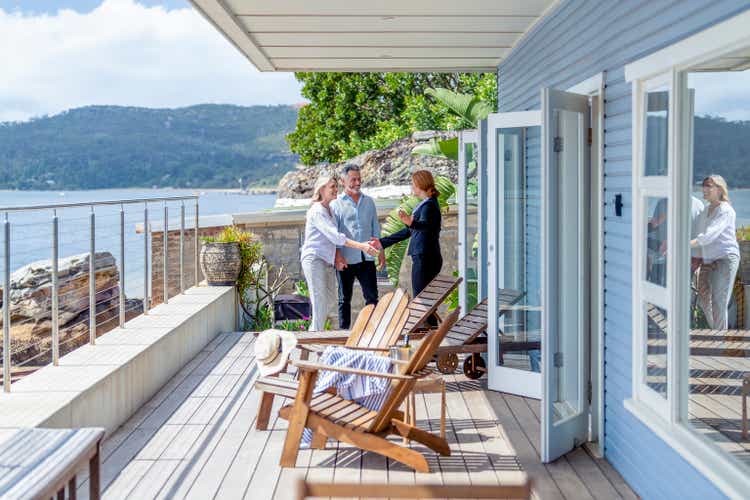 Airbnb, Inc. (NASDAQ: ABNB), together with its subsidiaries, operates a platform that enables hosts to offer stays and experiences to travelers around the world. The company’s marketplace model connects hosts and guests online or via mobile devices to book spaces and experiences.

Since the beginning of the year, ABNB lost up to 33% of its market value, underperforming the broader market, which fell around 21%.

Today, we’re going to review Airbnb’s financial performance and give our opinion, whether the current valuation can be justified or not.

Let’s start by looking at several elements of the company’s latest quarterly results to understand what factors are causing (or are likely to cause in the near future) headwinds and headwinds for the company and for shareholders.

Airbnb’s quarterly revenue grew 58% year-over-year, which is an impressive number.

The main growth drivers were:

In the second quarter of 2022, we had 103.7 million nights and experiences booked, a 25% increase from 83.1 million in the same period a year earlier, and a 24% increase from compared to the second quarter of 2019 (pre-COVID-19 pandemic). […] Our bookings of nights and experiences increased from prior year levels, largely due to stronger results in North America, EMEA and Latin America, where we continued to see resilience of domestic and short-haul travel, as well as improved long-haul and cross-border travel. trips during the first half of 2022.

While we believe these growth numbers are indeed remarkable, we have to ask ourselves how sustainable they are and what could hurt earnings in the near term?

The first macroeconomic factor that comes to mind, which has already caused and could still cause headwinds, is the unfavorable currency environment.

More than 50% of the company’s revenue was generated outside of the United States. For this reason, the rapid appreciation of the USD against other currencies had a negative impact on the company’s financial performance in the second quarter.

At constant exchange rates, revenue growth in Q2 would have been 64%.

In our view, the currency environment is likely to remain unfavorable and uncertain in the near term, due to geopolitical tension between Russia and Ukraine, uncertainty in European energy supply, high inflation (partially due to the factors mentioned above) and the rise in interest rates in the United States

Consumer confidence – a leading economic indicator – is often used to estimate potential changes in consumer consumption behavior in the near future.

Since the beginning of 2020, consumer confidence in the United States has been in sharp decline, despite the short recovery in the second half of 2020.

We believe that low consumer confidence can have both positive and negative effects on business. Let’s see why.

Low consumer confidence means people are more uncertain about their financial prospects and the health of the economy and are therefore less likely to spend larger sums on non-essential and discretionary items and services. For this reason, people may choose not to travel, which may lead to reduced demand for ABNB’s services.

On the other hand, if people choose to travel anyway, they are likely to seek out cheaper and more affordable accommodations and experiences. This is where ABNB can have an edge over its peers and can gain market share. Additionally, due to the strength of the US dollar, US travelers may feel inclined to travel abroad now, which may also have a positive impact on business.

In summary, we believe there are several macroeconomic factors, including the currency environment and consumer confidence, that could impact demand for ABNB’s services and potentially the company’s financial performance. in the future. It is unclear whether the impact will be positive or negative. For these reasons, we advise against making an investment decision based solely on revenue growth.

As the cost of revenue increased in the second quarter, revenue growth outpaced it, leading to gross margin expansion.

While many companies struggled to reduce their margins in 2022, we appreciate that despite the difficult environment, ABNB even managed to increase its gross margin.

Along with revenue, net income and free cash flow also increased significantly, not only in the second quarter, but also in the first half of 2022.

While in the quarter of the previous year the company was still losing money, in 2022 it managed to generate substantial profits.

For the three months ended June 30, 2022, free cash flow was $794.7 million, representing 38% of revenue, compared to $782.0 million, representing 59% of revenue, for the quarter ended June 30, 2021. The increase is primarily due to revenue growth, margin expansion and significant growth in unearned commissions. Due to seasonality, the first half of the year typically benefits from working capital, as unearned fees are generated by bookings, but are not recognized as revenue until future periods when customer registration.

Overall, we think ABNB has performed well both in terms of turnover and profit. We believe that for this reason, ABNB shares could be attractive to growth investors with a long-term investment horizon.

But does the current price justify this growth?

While the growth is actually impressive, traditional price multiples all point to ABNB being significantly overvalued relative to the Consumer Discretionary sector median.

It could be argued that the consumer discretionary sector is not valid for comparison, but even if we compare ABNB with its peers or direct competitors, the company still appears to be trading at a premium.

In our view, ABNB is unattractive from a valuation perspective at current price levels, in the current uncertain macro environment.

Despite all the benefits, including revenue growth and margin expansion, we believe such a premium is not warranted in the current environment. In general, we like ABNB’s business model and appreciate its growth potential and key role in the travel industry going forward, but we would like to see price multiples contract or the macro environment improves, before considering starting a position.

For these reasons, we currently rate the company’s shares as “retained.”

Chapulín Shu Mai Dumpling brings together Chinese, Vietnamese and Oaxacan cultures in the form of dim sum in Culver City

Hyecho was the only Korean pilgrim to visit Buddha’s land: The Tribune India