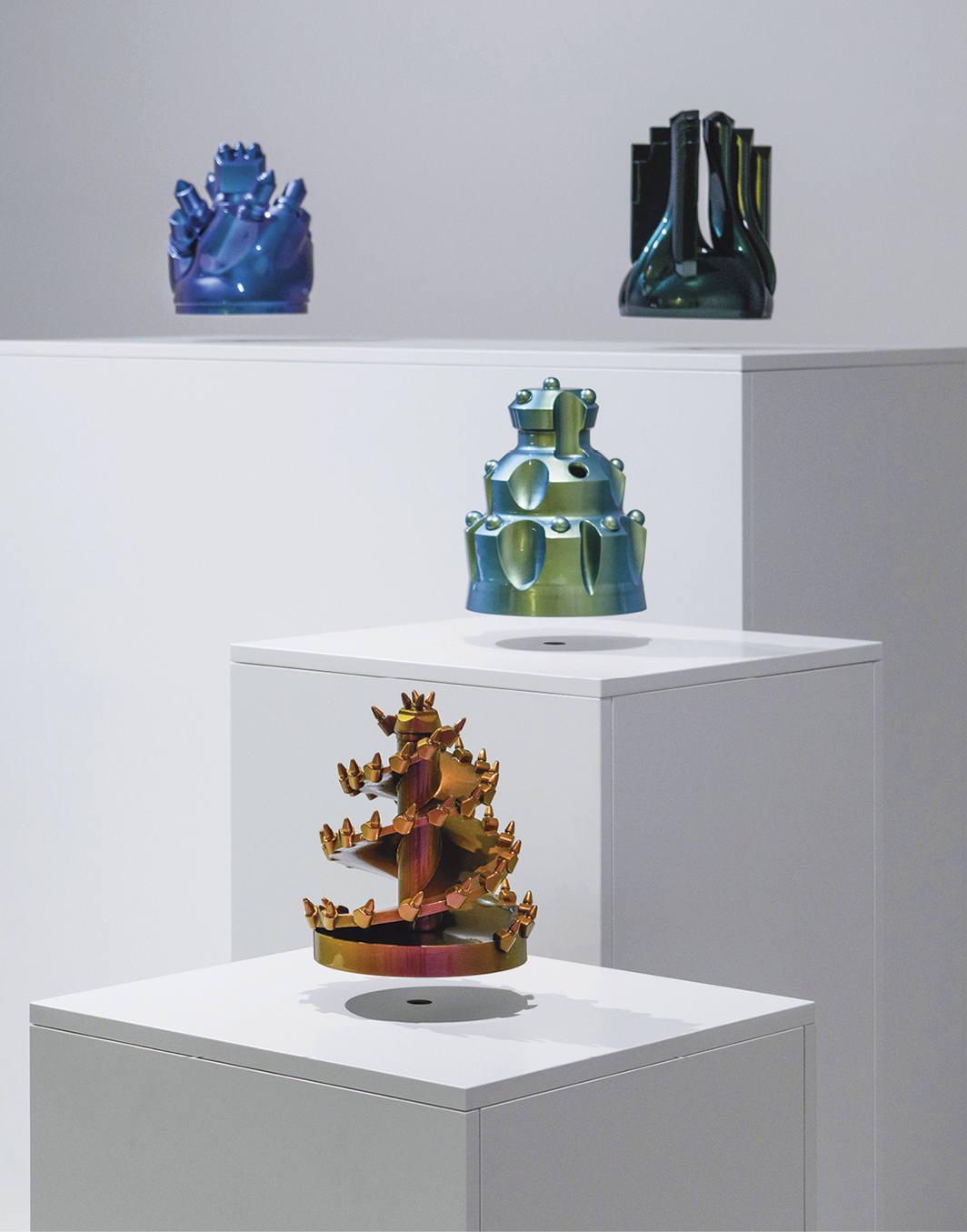 Adam Kleinman on “The Petroleum Experiments”

“Oil is an infinite sphere, the center of which is everywhere, the circumference nowhere” – this is how a line in the Book of the 24 Philosophersan anonymous text from the twelfth century, would read, if one substituted oil for the word God, in keeping with the omnipotence of our global dependence on fossil fuels. Organized by Anne Szefer Karlsen and Helga Nyman in Stavanger, the Norwegian oil and gas capital, “Opplevenser av olje(Experiences of Oil) attempted to graphically represent this problem by presenting an international list of sixteen artists and collaborations that either originated from or approached petrostates in their work. Avoiding overt wringing of its hands on climate change, the show mainly took aim at its host country’s historic self-fashion as a humanitarian superpower – what Norwegian geographer and filmmaker Terje Tvedt has called “the regime of kindness”. “.

Visitors first encountered Raqs Media Collective 36 plans of emotion, 2011, a sculpture resembling an architectural model pell-mell of colored Plexiglas panels on a coffee table. Several of them were engraved with English phrases, such as AN INDULGENCE OF FRENETIC LAXITIES, inspired by a 10th-century Sanskrit commentary on an earlier treatise on aesthetic theory. Poet and Stavanger native Øyvind Rimbereid responded to India-based Raqs’ post with the audio piece AFTR OJL, 2021. Written in a pidgin language interweaving cognates of local dialect, German, English, Scots, Frisian, and Old Norse, the piece features a beguiling semi-intelligible series of aphorisms ( or are they screams?) thrown back from the year 2480, imagined as a time possibly beyond carbon addiction. In Otobong Nkanga’s multi-channel sound installation What are you going to do ? Oya Na, 2020, the Nigerian-born, Antwerp-based artist expresses an equally opaque polyphonic chorus of laments, ranging in volume and emotional register from anger to frustration, negotiation and even calm. This trio of works was united by a common quest to communicate an ineffable sense of rupture by breaking either the language itself or its sources. Within the thematic limits of the exhibition, the pieces seemed to speculate on another form of unearthing: the sense of disorientation that people can feel when they are stripped of their land or, conversely, when this land is stripped from them. through mining and other forms of extraction.

Quarrying, in the literal sense, has been tackled head-on in the fascinating work of Senegalese-born Kuwaiti artist Monira Al Qadiri. OR-BIT 1–6, 2016–18, a suite of iridescent-hued plastic drill heads that spin seductively through the air, levitating through the use of hidden electromagnets. Facing skyward, separated from the ground, these pointed, gnarled ziggurate pieces are based on those used in actual oil rigs. Like the assembly of Raqs, they constituted here a kind of futuristic mini skyline. Following the exhibition’s non-linear timelines, which link Sanskrit to an unborn language, OR-BIT 1–6‘s City could also be read as the site of a new allegory of the Tower of Babel in which the forces of petroleum divide and scatter everything.

“Everything is linked to everything else” is one of the founding slogans of the contemporary environmental movement. But connectivity is grossly spotty and spotty. In Carbon Democracy: Political Power in the Age of Oil (2011), author Timothy Mitchell notes that oil undermines governance through its robust supply chains. Oil’s liquidity, he writes, allows it to be pumped, refined, and prepared for transportation to multiple locations at once. When strikes and even wars occur, the elasticity of this infrastructure stretches to absorb the shock of atomized disruptions by attempting to feed elsewhere. This idea is tested through the maneuvers of the European Union to cover its dependence vis-à-vis Russian energy (especially its gas).

Kuwait, Nigeria and the other oil-rich countries represented by the performers share an oil umbilical cord with Norway. By highlighting these relationships, “Experiences of Oil” cuts through a deeper self-critical idea: although Norway may pose as an exemplary modern utopia, both for itself and for the outside world, there is is no outside. The exhibition insisted that the horizon of art‘s so-called cosmopolitanism can only advance if the lines on the map articulate how the tentacles of the energy supply chain squeeze and pull everything.