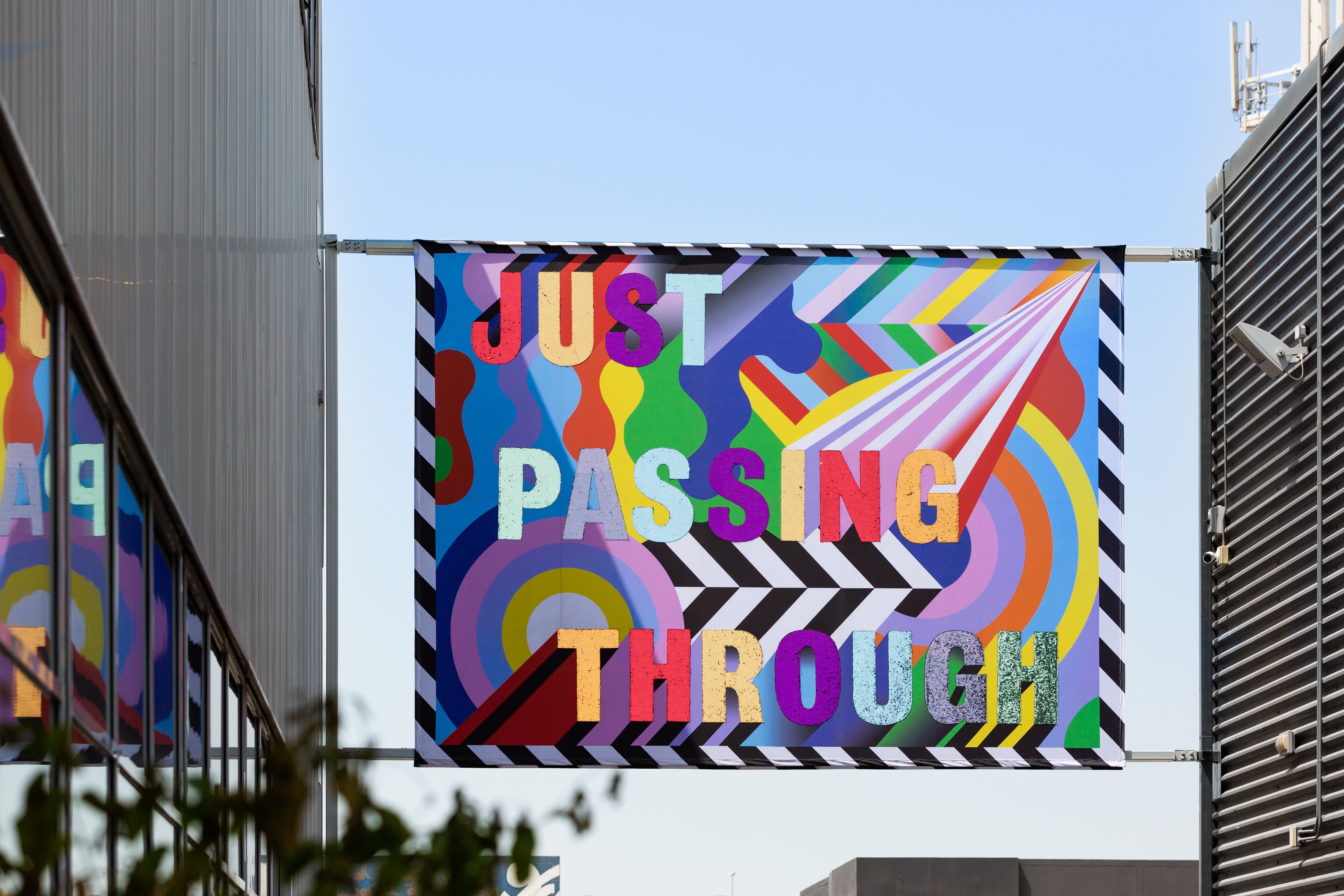 a variety of new exhibitions and live shows

A psycho-geographic invocation of the nights of Beirut, a film screening and a sprawling installation. Here are some of the works of art on offer in Dubai this week.

Alserkal Avenue Galleries Night is back on Monday, with 18 exhibitions and an ongoing series of public art commissions. Meanwhile, the Dubai International Financial Center’s Art Nights return on the same day, over two evenings allowing visitors to assign one night to each.

Start your evening on Alserkal Avenue with Qalaq, a four-piece sound installation by musician and artist Pascal Semerdjian, also known as the drummer for Lebanese dream pop group Postcards. The pieces are set up around the area to create a sort of sound track for visitors to follow.

Each piece combines music and field recordings to transport the listener to the places where Semerdjian spends his nights in Lebanon: the bar where he works, by the sea, at his home in the mountains, and at his home near the port where a explosion ravaged grain silos. of Beirut. Each piece takes on the anxious stamps and quiet terror of post-August 4 Lebanon.

In Carbon 12, Bernhard Buhmann’s The Signal and the Noise takes its title from a volume by Nate Silver. The exhibition extends the Austrian artist’s exploration of the individual and the forces of confirmation bias in the digital age. Elements such as vector graphics, a flat design, inline avatars, and the kind of gradients that wouldn’t look out of place on a pack of Oman Chips merge with its signature visual language in a suite of colorful, semi-abstract paintings that suggest a kind of cubist infographics.

Abstraction enthusiasts will also appreciate Palestinian artist Samia Halaby at the Ayyam Gallery, whose paintings invoke both the Sufi mystic Al-Ghazali and the movement of things in the air: snowflakes, static, scattered shapes.

that of Walter Benjamin Arcades Project and magic lanterns that project larger-than-life projections inform Phantasmagoria: Specters of Disenchantment at 1×1 Art Gallery. In it, the artists use light to mirror global society and its ills, from war and climate change to sectarian violence and gender and caste inequalities. This group show includes Chittrovanu Mazumdar, Mithu Sen, Pushpamala N, Sumakshi Singh, Susanta Mandal, Shambhavi Singh and Anita Dube.

The sculptures become centerpieces in Ana Mazzei’s second solo at the Green Art Gallery. It is inspired by that of Virginia Woolf Towards the lighthouse, Russian suprematism and Italian futurism, and the preoccupation of the 20th century avant-garde to disassemble a form into its constituent parts. The result is a moody affair that subtly evokes a theater via a stage and a transparent black curtain.

If modernism is more your speed, don’t miss the Galerie El Marsa group exhibition of pioneering Algerian painters, including works by Rachid Koraichi, Baya Mahieddine and Abdallah Benanteur. The exhibition traces how these artists were influenced by the pace of decolonization struggles and intellectual currents elsewhere in the Arab world, but worked to forge a distinctly Algerian visual language. The works draw on Amazigh and Arab-Islamic heritage but above all emphasize an identity pluralism.

Keep an eye out for Kameelah Janan Rasheed’s latest commission on Alserkal Avenue. His textual works are the second installment of the public art series Back home curated by Janine Gaelle Dieudj, which also includes Lakwena Maciver’s colorful banners hanging at every entrance to the avenue.

Also on view are a number of exhibitions that opened earlier in the season, including works by Manal Al Dowayan on how Saudi women (re) negotiate the public sphere, at the Isabelle van den Eynde gallery. , and the inaugural group exhibition of Volte Art Projects, featuring meditations on art, time and technology by artists such as Ranbir Kaleka and William Kentridge.

Take some time for Growing Like A Tree: Static in the Air by the Ishara Art Foundation, the second exhibition curated by photographer Sohrab Hura. It relies on the first to present an exhibition as an open and constantly evolving text.

During DIFC’s Nights of Art, gallery exhibits include the bright and tangy botanicals of Mohamed Abla at Tabari Artspace, and a multigenerational couple of Emirati artists Afra Al Dhaheri and Mohamed Ahmed Ibrahim – who will represent the United Arab Emirates. in Venice next year – at ICD Brookfield.

The biannual event also includes a number of performances and artwork installed outdoors around the avenues of Gate Village. They respond to this year’s theme of Regeneration, through work on circular economies, the environment, mixed reality and NFTs. And if Dubai Design Week made you want more design, look no further than Alaa Shably’s biomimetic lamps inspired by the bat wing movement and Martina Negri’s furniture in recycled plastic, both printed. In 3D. The animals also fuel a collaboration between painter Justine Formentelli and designer Natalya Konforti, in which the emotional estrangement of expatriate life results in a huge installation of sprawling scrolls.

On November 20, return to Alserkal for a performance of Moza Almatrooshi. The Alphabetical of the Barista Part II considers consumption, availability and work in relation to food. What has been described as a “culinary performance” will take place at 4pm in the new Le Guepard cafÃ©.

Another service, Faded time, takes place in the humid and indolent air of the floral studio Ame Artistic Studio, from 4 p.m. It begins with the screening of an animated short, The disturbance (2021), and promises to make you rethink concepts like the language of flowers, decay, and the passage of time.

In the evening, a two-hour set by DJ Kadhem starts at 7 p.m. It switches from its unreleased cassette compilation of primitive rock noise with broken down instruments followed by an hour of post-punk and its darker cousin, the Dark Wave.

More information is available at alserkal.online and DIFC Art Nights