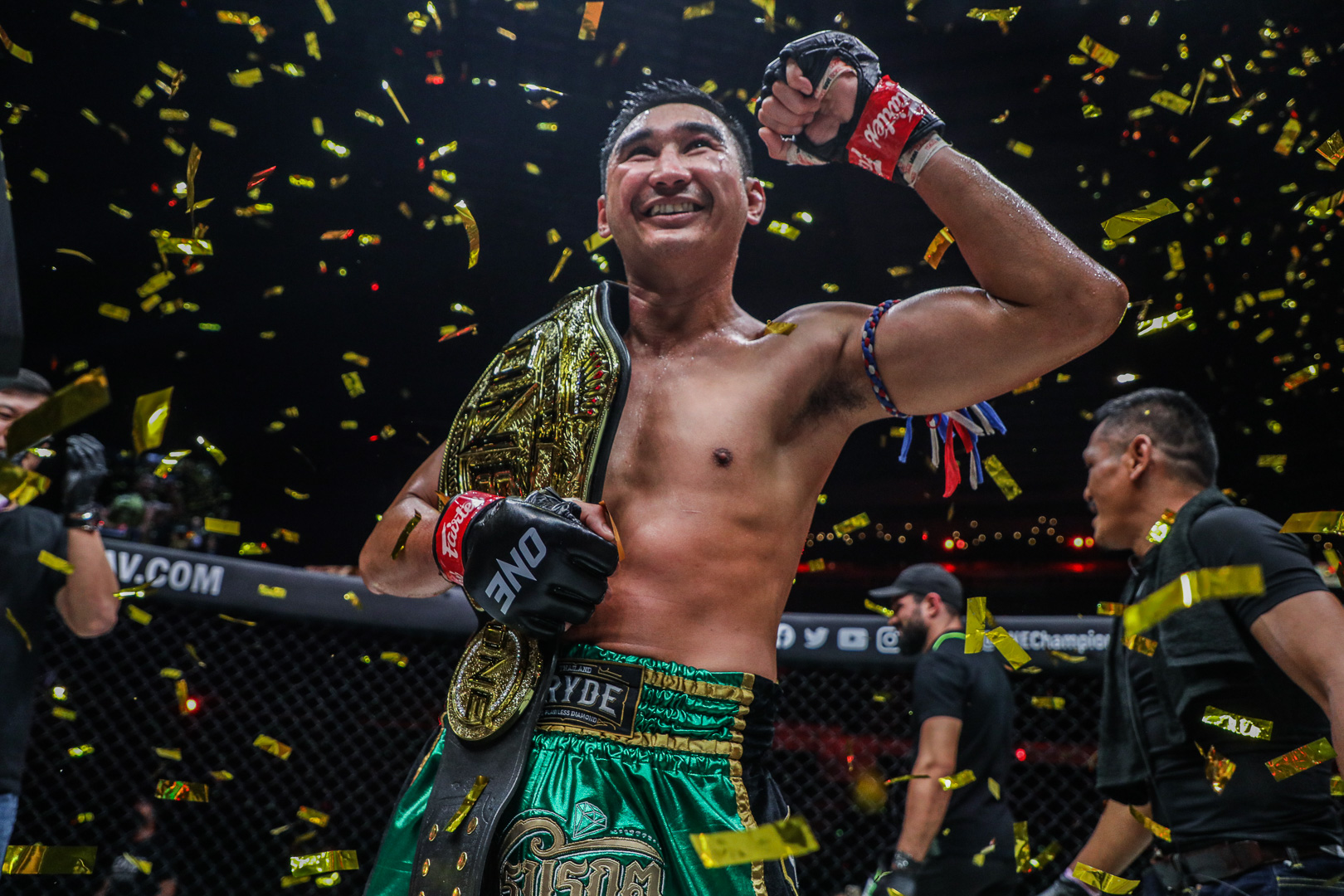 The world’s largest martial arts organization is set to return to Singapore’s indoor stadium on Thursday, September 29, with a card that is sure to produce fireworks from top to bottom.

ONE 161: Petchmorakot vs. Tawanchai showcases everything the organization has to offer, with competition in four different sports, heavyweight slugfests and a pivotal atomweight bout with major world title implications.

That said, here are five reasons to tune into ONE 161 next week.

At the top of the card, ONE Muay Thai Featherweight World Champion Petchmorakot Petchyindee defends his belt against 23-year-old striking sensation Tawanchai PK.Saenchai.

Fans should expect a fine display of “the art of eight limbs” when these two aggressive technicians face off in the circle.

Petchmorakot exceeded his limits in his last fight, a hard-fought victory over Frenchman Jimmy Vienot in May this year at ONE 157. Now, in his fourth title defense, he will no doubt be looking to dominate his compatriot.

He will, however, face a tough test in Tawanchai. The prodigiously talented product of PK.Saenchai Muaythaigym is hot, entering this fight with back-to-back knockouts.

Ahead of the Muay Thai World Title fight, larger-than-life punchers battle it out for a spot in the ONE Heavyweight Kickboxing World Grand Prix Finals, where the illustrious silver belt will be up for grabs.

In a fight, Iranian knockout artist Iraj Azizpour welcomes promotional newcomer Bruno Chaves to The Circle. The towering 6ft 6in Chaves is aiming to make a splash against the established Azizpour veteran.

And in the other semi-final, reigning ONE Kickboxing Light Heavyweight World Champion Roman Kryklia tests himself at heavyweight against Brazilian powerhouse Guto Inocente.

In mixed martial arts action, China’s top lightweight fighter Zhang Lipeng takes on Dagestan destroyer Saygid Izagakhmaev in a match that could bring either man one step closer to a world title shot. .

Zhang impressed on his ONE debut in August 2021 when he picked up a unanimous decision victory over former ONE Lightweight World Champion Eduard Folayang. “The Warrior” followed that up with a blistering 32-second knockout of Ruslan Emilbek at ONE: ONLY THE BRAVE in January 2022.

On the other side of the circle will be Khabib Nurmagomedov’s protege, Izagakhmaev. Undefeated in his only promotional appearance, the Russian is a terrifying performer and grappler, holding 13 submission wins out of 20 career wins.

Simply put, this battle is elite MMA at its best.

Further down the map is an important atomic weight battle that fans – and the entire division – will be paying close attention to.

Indian wrestling champion Ritu Phogat is looking to get back into the win column after suffering a loss to Stamp Fairtex in the ONE Women’s Atomweight World Grand Prix Final. In an attempt to do so, she will face two-time ONE Strawweight World Title challenger Tiffany Teo, who will be making her atomweight debut.

With Teo’s only career losses to current ONE Strawweight World Champion Xiong Jing Nan, she plans to quickly establish herself as a contender in her new weight division.

‘No Chill’ will have its hands full against Phogat, however, which will no doubt provide additional motivation after being completed for the first time in its career.

The ONE 161 main card features not one, not two, but three bantamweight Muay Thai bangers.

Next, in another clash between China and Thailand, Zhang Chenglong tests his Muay Thai skills after competing in kickboxing for much of his professional career. He meets seven-time Muay Thai World Champion Sangmanee PK.Saenchai in what promises to be a technical war.

Finally, former bantamweight kickboxing world champion ONE Capitan Petchyindee returns to the circle after losing his world title in March to ONE X. Russian marauder Aleverdi “Babyface Killer” Ramazanov stands in his way.